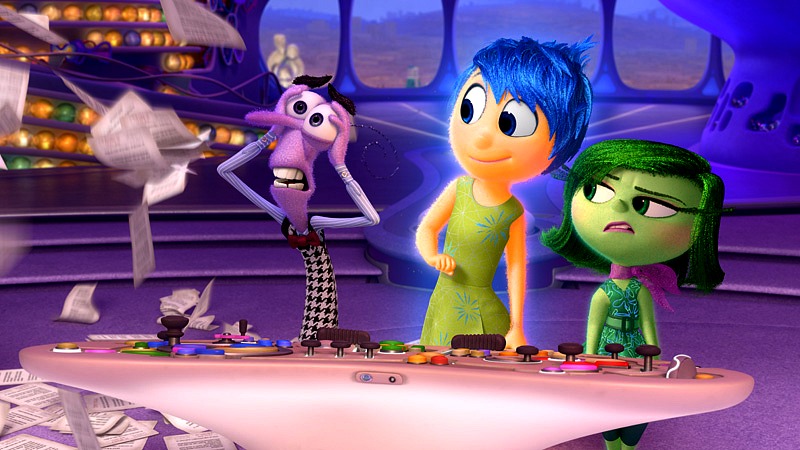 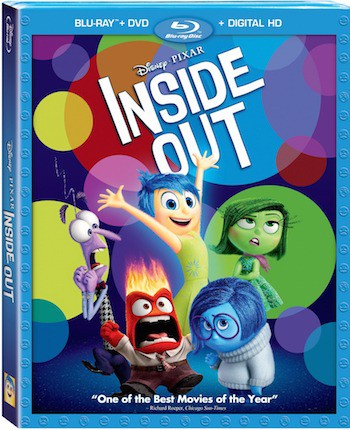 There’s usually one or two movies every year that really stand out from the pack. And when it comes to family movies, I can tell you there just aren’t that many that are worth seeing or buying the DVD or blu-ray when it comes out.

Happily, Disney Pixar’s “Inside Out” is one of the good ones. It tells the story of what goes on inside the mind of 11-year-old Riley (Kaitlyn Dias, in her first role). Based in “Headquarters” (her mind), five emotions are hard at work, led by lighthearted optimist Joy (Amy Poehler). She strives to make sure Riley stays happy as she operates alongside fellow emotions Fear (Bill Hader), Anger (Lewis Black), Disgust (Mindy Kaling) and Sadness (Phyllis Smith).

BUY “INSIDE OUT” ON AMAZON

Directed by Pete Docter (“Up,” “Monsters, Inc.”) and co-directed by Ronnie Del Carmen, “Inside Out” is executive produced by Disney Pixar vets John Lasseter and Andrew Stanton, and produced by Jonas Rivera.

Everything about “Inside Out” is amazing, from the A-List voice talent to the beautiful story to the stunning animation. It’s a movie to watch over and over, and also one you’ll be talking about years from now. Think “Finding Nemo” or “The Incredibles.” Yeah, we’re in that territory.

You can check out my review of the theatrical release here, but suffice to say it’s one of the best family movies I’ve ever seen – and it garnered a rare “5 of 5 Reels” from me. From my review:

While some parts of “Inside Out” are sad, they’re balanced by moments of joy and imagination, like when Sadness describes the subconscious as “the place they take all the troublemakers.” And as mentioned, the emotions are perfectly cast, from Poehler’s unbridled can-do attitude to Smith’s sad-Eeyore demeanor to Kaling’s total disgust. All. Perfect.

But “Inside Out” isn’t just about Riley’s journey. It’s also about Joy’s. She ultimately realizes that every single emotion is important in the human psyche. Without sadness, loss and loneliness, there can be no joy.

There’s beauty in sadness, and that’s a common theme in some of Pixar’s best movies, including “Toy Story,” “Up,” “WALL-E” and “Monsters, Inc.” Now we can add “Inside Out” to that list.

As you might imagine, Disney Pixar has not skimped when it comes to the bonus features. You ready? Here we go…

VIDEO: Bonus Clip – The Women of Inside Out

VIDEO: Inside Out Emotions React to ‘Star Wars” The Force Awakens’ Trailer