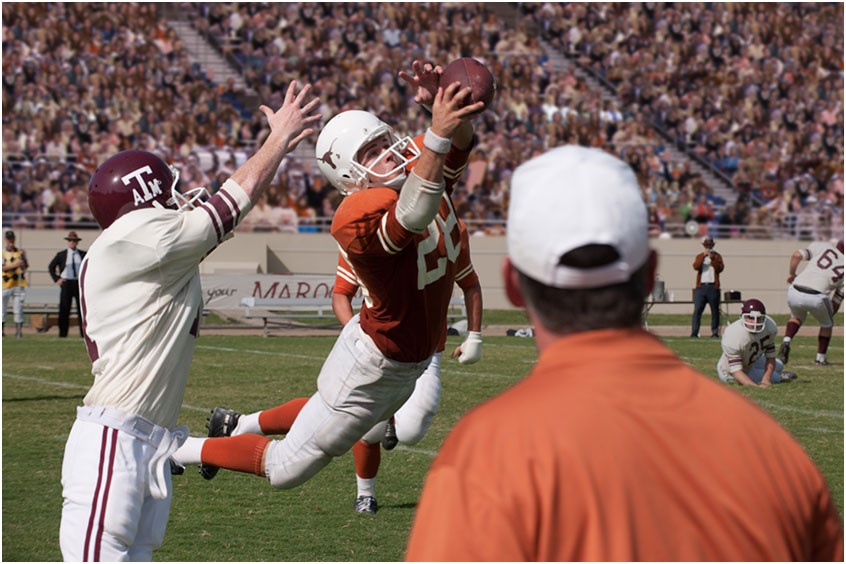 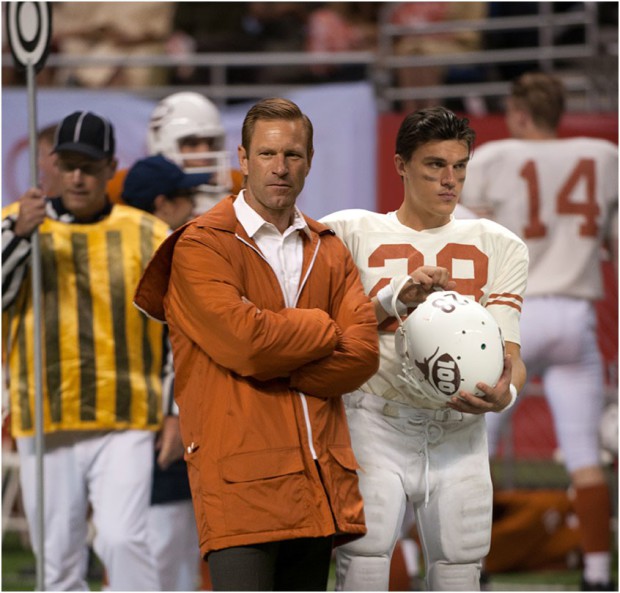 “My All American” hits theaters Nov. 13, 2015, and I’m really looking forward to it. It’s rated PG, which means you can watch it together as a family. Yay! Plus, I love sports movies, and I predict this will be one of the best of 2015.

The story centers on Freddie Steinmark (Finn Wittrock), who really, really wants to play football, but he’s deemed too small by the usual athletic standards. So his father trains him hard, and Freddie brings a fight to the game that ultimately gets him noticed, by none other than legendary University of Texas coach Darrell Royal (Aaron Eckhart).

Awarded a scholarship and a chance to play for the Longhorns, Freddie sets off to Austin with his loving high school sweetheart, Linda (Sarah Bolger), determined to make the team. Alongside his old teammate Bobby Mitchell (Rett Terrell) and new pal James Street (Juston Street), Freddie is put through the paces of a grueling practice schedule. 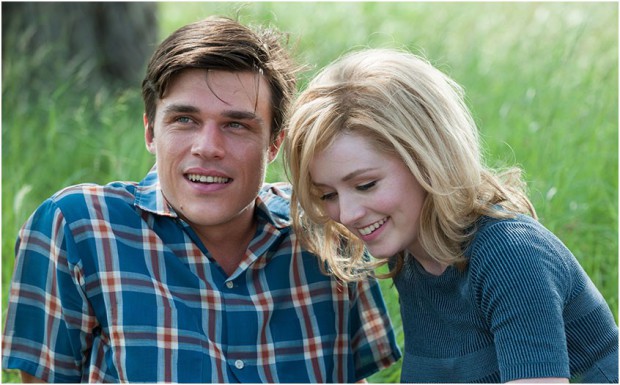 The boys’ camaraderie off the field translates into solid playing on it, and they rise up the charts, giving the Longhorns a real chance to improve upon their mediocre record. But just when they’re reveling in the success of the season, Freddie suffers an injury that leads to a shocking diagnosis and the biggest challenge he will ever face. 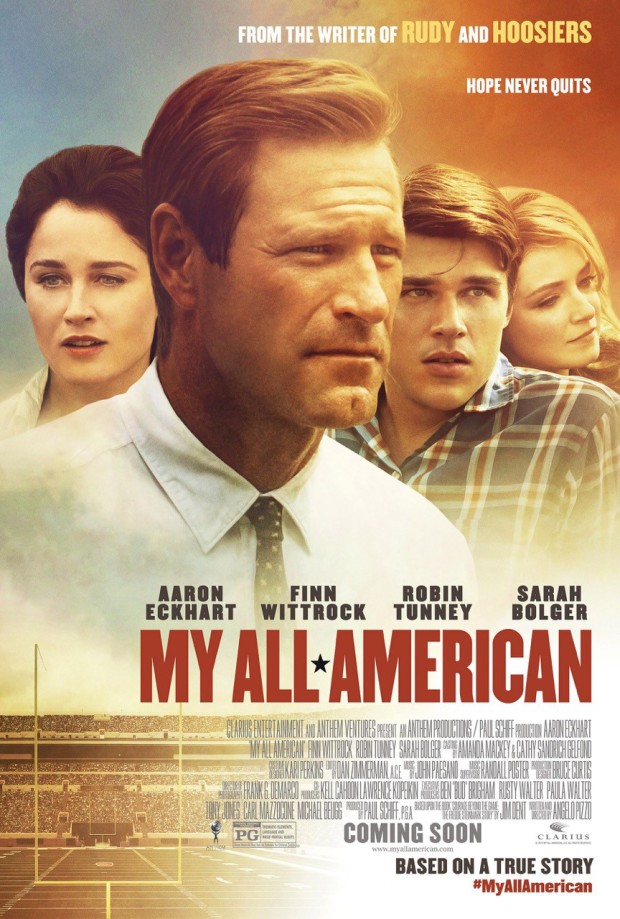 This film features a great cast and production team. Directed and written by Angelo Pizzo, who was also a writer and producer on two other excellent sports films, “Hoosiers” (1986) and “Rudy” (1993), it tells the true story of a boy who became a hero and explores what it means to have the heart of a champion.

For each of the above three, leave a comment below (i.e. if you do all three, leave three comments). One winner will be chosen randomly, and will receive ALL the swag.

Open to U.S. residents only. Prizing provided by Clarius Entertainment. If you have won the same prize on another blog, you will not be eligible to win it again.

DISCLOSURE: This is a sponsored post on behalf of Review Wire Media for Clarius Entertainment. I received information to facilitate my review, as well as a promotional item to thank me for my participation.