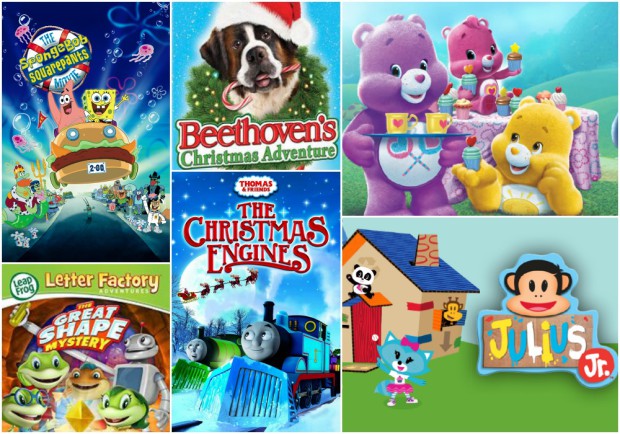 Beethoven’s Christmas Adventure, LeapFrog, Spongebob SquarePants and Julius, Jr. are all hitting Netflix in November. Let’s take a look at all the new kids’ titles heading to the popular streaming service in November.

Beethoven’s Christmas Adventure (2011). Lovable, oversized Saint Bernard Beethoven tries to save the holidays when a wayward elf crashes Santa’s sleigh and loses his bag of toys to thieves.

The Seven Deadly Sins: Season 1 – NETFLIX ORIGINAL. When a kingdom is taken over by tyrants, the deposed princess begins a quest to find a disbanded group of evil knights to help take back her realm in this anime series.

The SpongeBob SquarePants Movie (2004). When Mr. Krabs is accused of stealing King Neptune’s crown, SpongeBob and Patrick set out on a wild adventure to prove his innocence. 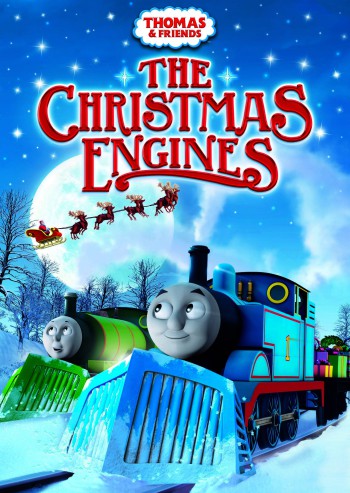 Thomas & Friends: The Christmas Engines (2014). Thomas and his friends are in holly, jolly Christmas spirits, ready to be Santa’s engine helpers. Percy brings holiday fun to Reg at the scrap yard, while Duncan tries to overcome his bah humbug attitude. Thomas clears the snowy tracks so Connor can race passengers home in time for the holidays.

Worst Year of My Life, Again: Season 1. After a school year filled with humiliation, bullying and girl trouble, a boy awakens to find that time has reset itself and he must relive it all.

Julius Jr.: Season 2. Paul Frank’s fun artwork comes to life in this show that follows monkey Julius Jr. and his friends as they explore the world and help each other out.

LeapFrog Letter Factory: Great Shape Mystery (2015). Set off to unlock the secret of Quigley’s new machine, and explore shapes and fractions with the LeapFrog friends.

Young & Hungry: Season 2 – New Episodes. A female food blogger is hired as a personal chef by a young tech tycoon and faces a new menu of challenges, both inside and outside of the kitchen. Emily Osment stars in this ABC Family TV series.

Jessie: Season 4. Texas teen Jessie (Debby Ryan) moves to the Big Apple to follow her dreams and finds a job as a nanny for a high-profile family with four high-energy children.

LEGO Ninjago: Masters of Spinjitzu: Season 3. Kai, Jay, Cole and Zane must master their elemental powers and Spinjitzu weapons to protect the land of Ninjago, which also has an underworld.

Ultimate Spider-Man: Season 3. Peter Parker (voiced by Drake Bell) comes of age in an epic tale that finds him torn between his teenage life and a war between SHIELD and villain Norman Osborn. Chi McBride and Ogie Banks also voice characters in this animated series on Disney XD.

Liv and Maddie: Season 2. After four years in Hollywood as a television star, Liv returns to Wisconsin to discover that either she — or her family — has changed. Dove Cameron stars in this Disney Channel series.

Home (2014). On the run from cosmic enemies, a band of aliens arrives on Earth looking for a safe haven, but one of them inadvertently gives away his location. As the extraterrestrial refugee desperately tries to avoid capture, he begins learning about humans. Jim Parsons and Rihanna voice characters in this cute family movie.

Switched at Birth: Season 4. In this dramatic family series, two teenagers discover they were accidentally switched at birth, setting off a chain reaction of life-altering events. Vanessa Marano and Sarah Stouffer stars in this ABC Family series.