Aaron Sorkin wrote the screenplay based on Walter Isaacson’s book, and Danny Boyle directed. All of these people involved with the film gathered for a press conference after the screening. Below are some of the highlights:

Aaron Sorkin on why he chose the structure of the film from the raw material of Isaacson’s book:

What happened was, I like claustrophobic spaces. I like compressed periods of time, the ticking clock. I like things that are behind the scenes, in this case literally behind the scenes. So, I wondered if I could take all of the work that Walter had done and if there was a way to dramatize the points of friction in Steve’s life in this way with just three real-time scenes – 30 minutes for you in the audience is the same as 30 minutes for a character on the screen. I didn’t think there was a chance that the studio would let me do that, but they did.

On the experience of making the film:

Kate Winslet: It was so exciting. I mean, I have to be honest, it was terrifying. I do remember all of us walking into the room on day one of rehearsal just for a simple read-through. You’re trying out your accent and hoping to God that everyone else isn’t looking at you and thinking, “Oh, she’s sh**.” And I remember Michael and I sort of greeting each other, and there was a hug that I almost remember as being a little bit like collapsing on one another.

Michael Fassbender: Like, you can let go of me now. Stop hugging me! [Laughter]

Kate Winslet: Yeah, very much, not even a case of “We’re in this together,” but “Let’s just get through this.” But it was amazing. What Danny did for all of us that I think made a huge difference and was key to the process was he pulled everybody into the rehearsal room. So, it wasn’t just a case of who was available and what scenes we happened to be doing. Where possible, which was the majority of the time, all of the actors – no matter how big or small their roles – were in that space together. And what that did was there was no pecking order.

OK, Michael did have more to do than all of us in terms of actual lines to learn, but everybody, we were very much given these parts to play. They were ours. They became ours. And Danny gave us permission to play them the way that we wanted to and to make all the mistakes that we needed to make and get really out of the way before we walked onto the set. Because when we walked onto the set, we had to be that well-oiled machine. We had to be ready to go. We had to have Sorkin-ese in our back pockets and to really be ahead of ourselves.

Michael and I would try things in rehearsal, and we would know straight away that it wasn’t really going to work. We would soldier on for the 12 or 13 pages and then look at each other and say, “That was absolutely sh**. We’ll never do that on set.”

So, it was very necessary to have that process really, in particular for creating the energy that was required to keep up with the pace and what Aaron had written and really had handed to us. Because the rhythm and the cadence that Michael always talks about so eloquently – and I’m going to hand this over to you in a second – the rhythm is absolutely built in, it’s written in. When there’s a period mark, it’s there. When there’s a pause, you pause and not for too long. So, yeah, over to you, Fassby.

Michael Fassbender: I think it was exciting. [Laughter]

Aaron Sorkin: You didn’t always. My favorite moment at the very first table read, each of them actually at at least one point in the movie has kind of a long list of things to say. And Michael, in one of his speeches where he’s saying that the 300 megahertz processor is twice the speed of 200 Intel this and that, he just glanced up at me.

I didn’t really know much about him. Obviously, I knew who he was, but I’m not very interested in technology. I use it pretty poorly. So, everything was new to me, to be honest. I suppose the thing that really stuck with me was meeting people that knew him in his life….

The one thing that stuck with me was how much of an impression that he made on these people, obviously when he was alive, but since he passed away, you could see that he was still very much present in their lives. Even if the relationships were difficult, there was a sadness, and there was a love there for him that I felt pretty clear. That was something that stuck with me, even though there were stories about how he could be a hard taskmaster. Obviously, the relationship with John Scully didn’t end well, but I could really feel that there was a love there for the man.

Michael Stuhlbarg on meeting the man he portrayed, Andy Hertzfeld:

He came in and spoke to all of us, and I spent 7 or 8 hours with him just chatting about things. Later on in the process, he invited me out to Palo Alto, and I got to visit his house, meet his wife, went on to have food. We just talked about Steve and talked about his experience working with him and the love that they had for each other – the mutual respect and how challenging perhaps it might have been.

He wanted to stay around Apple a little longer, but honestly, Steve not necessarily having anything particular he wanted Andy to work on. And he went out and started companies of his own. But Steve would constantly check in with him periodically.

He couldn’t have been kinder to me. He was really generous with his time, and I heard from him today, which was delightful. He remained for Steve sort of a moral center in a life that seemed quite complicated for Mr. Jobs, I think, and he was always there for him to check in with. And he [Steve] would periodically, just show up on his [Andy’s] doorstep.

In response to a journalist who tells Kate Winslet he fell in love with her a few years ago:

Kate: Are you still in love with me? Oh, I’m so pleased! [Laughter]

On whether the actors’ portrayals were true to reality:

Seth Rogen: To me, my job first and foremost was making my boss, who was Danny, happy. I was hired by these guys, so they were the ones who I needed to please. And if that happened to mean, if they were like, “Forget everything about Woz [Steve Wozniak]. Disregard everything about him. It’s better for the movie,” I would’ve been like, “That’s totally cool with me.” Because I didn’t want to get fired, and Woz can’t fire me. So, that was really my goal.

Walter Isaacson on whether genius and decency can live in the same person:

At the very end of the book, I have each one of these characters, essentially Andy Hertzfeld and Joanna [Hoffman], everybody say, “I wonder had he been a bit nicer, could he have put a dent in the universe the way he did.” Wozniak said, I think this is a quote in our book, “If I had been running Apple, I would have been much nicer. I would have given everybody stock options…. I would have made it like a family.” And then, he said, “If I had run Apple, we never would have built the Macintosh.”

Below is a photo gallery from the press conference, followed by the trailer for “Steve Jobs,” which opens in theaters Oct. 9, 2015. 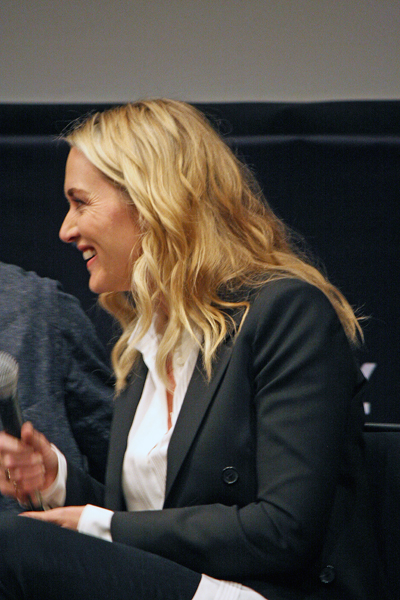 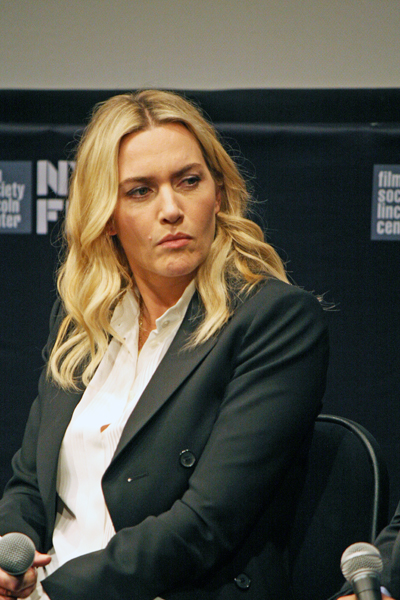 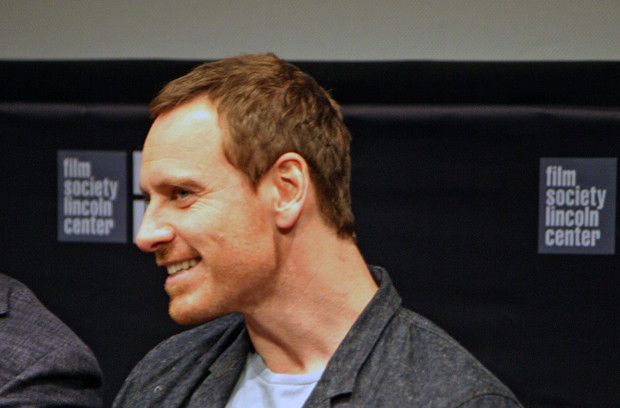 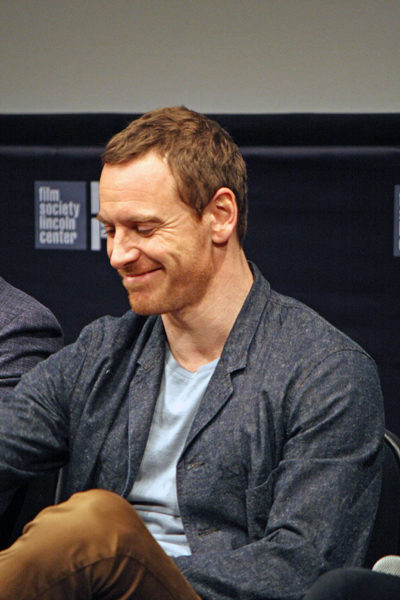 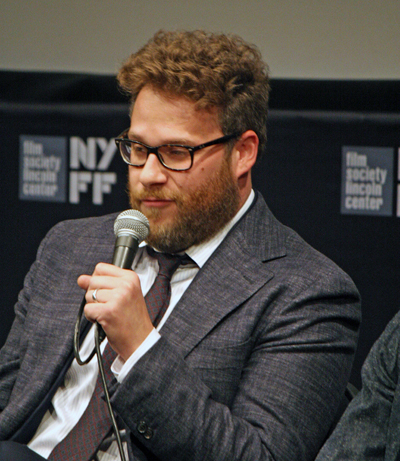 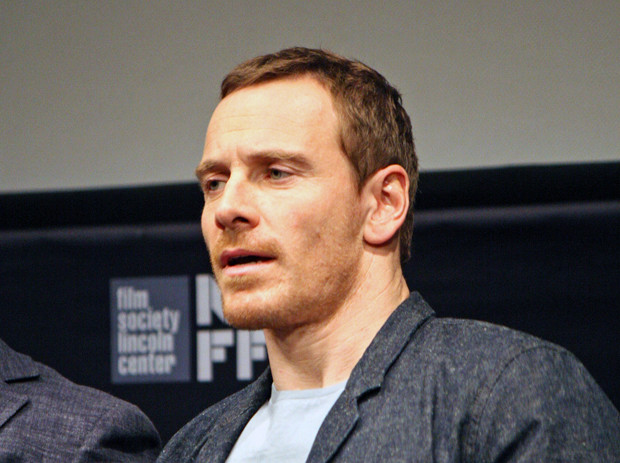 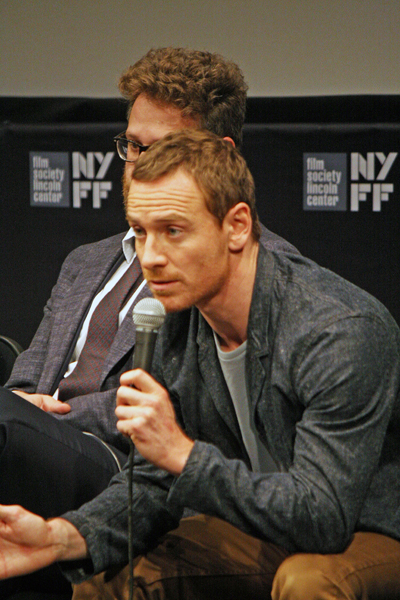 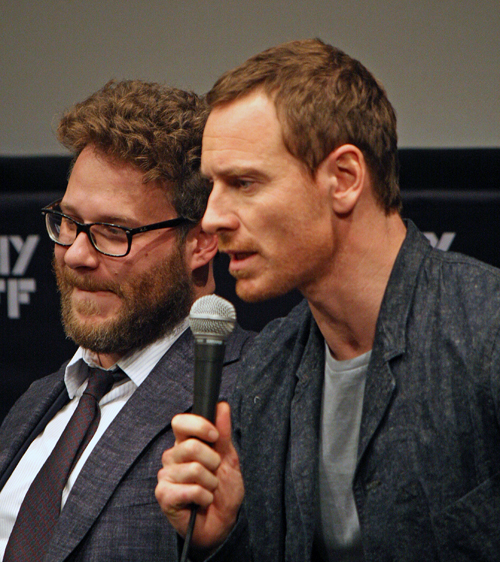 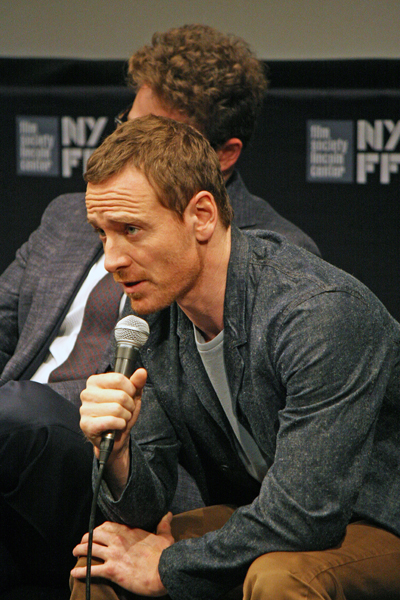