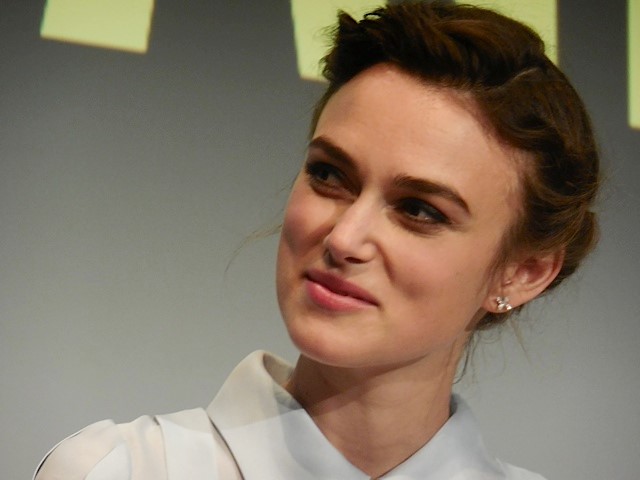 Keira Knightley took to the stage tonight for the first preview of her Broadway debut at the theater at Studio 54. The production was Roundabout Theatre Company’s “Therese Raquin,” a play based on an Emile Zola novel. Immediately after the show began, a young man in the balcony leaned over the front railing and screamed, “I love you! Will you marry me?” (Does he not know that Keira is already married?)

It appeared that ushers went to get security, and the man walked up to the next level, at which time he interrupted the performance again and yelled, “Five seconds is too long to wait for a response!” It looked as though an usher tried to get him to leave, but he didn’t.

The next thing the audience knew, the man had hurled a large bouquet of red roses from the balcony onto the stage. I don’t know how he managed to get the flowers all the way onto the stage from so far a distance. At that, security finally grabbed him, as well as his friend, and escorted them hurriedly down the stairs, as the audience cheered and applauded.

Actor Gabriel Ebert broke character, walked over to the bouquet on the stage, and kicked it into the wings, as Keira followed him. Again, the audience clapped and cheered.

A voice then came over the intercom saying that the performance would be stopped for a few minutes. Keira and Gabriel walked off stage and returned 3 or 4 minutes later to pick up the play from where they left off. From that point forward, the performance went without a hitch and was an excellent production of a Gothic story, also starring Judith Light.

In all the years I’ve been going to theater, I’ve never witnessed anything quite like that. While I’m sure it wasn’t a publicity stunt, the incident could very well get the production a bit more buzz.

I just hope someone escorted Keira safely back to her hotel or New York home, and I hope that guy leaves her alone.