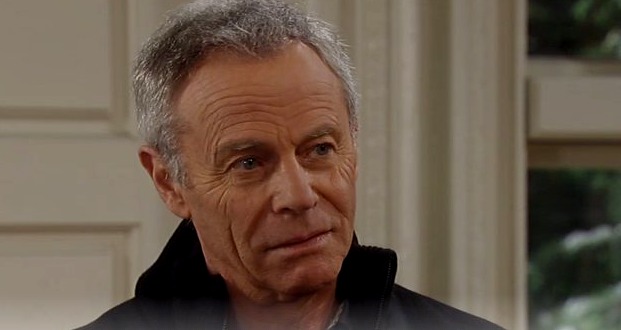 There has been so much exciting casting news about “General Hospital” that I have got to start with that. First of all, Rachel Ames (Audrey), one of the oldest characters on the show, had a short cameo, which was wonderful to see. Monica is also back, just in time to learn about Sabrina’s pregnancy (and innocently ask “When are you due?,” sending Sabrina into hyperventilation because clearly she is going to have to fudge this due date to claim the baby is Michael’s). I also loved Monica trying to get under Tracy’s skin by mentioning Alan gave her the house. Thanks, writers, for keeping some things the same for us.

Finola Hughes (Anna) and Genie Francis (Laura) both signed contracts to continue. I’m excited about Anna, but hope something can be done about Laura’s character because she seems so judgmental lately to me. Then to top all of that off, Kimberly McCullough (Robin) is coming back in November AND Tristan Rogers (Robert Scorpio) will also be popping back in December.

Brandon Barash (Johnny Zacchara) is coming back, too, and he is Kirsten Storms (Maxie)’s real life husband which is always interesting. It’s so exciting to see all of these beloved characters returning. It looks to me like a big show of support for the new writing team and the direction the show has been going in. We will also be seeing a new character, Dr. Andre Maddox, who is taking over Anna’s case, which I am afraid means Kevin Collins might disappear again.

Diane also reappeared this week, and in the space of one episode she pointed out the fatal flaw in Sam and Patrick’s relationship and got all the charges against Spinelli for hacking into the GH computers dropped. I am pretty sure Diane has a Supergirl costume under her power suit. I hope we will be seeing more of the brusque Lady of Justice, as Spinelli calls her.

And speaking of new, there seems to be some bucks being spent on sets. Last week we got Alexis and Julian’s new house, and this week it seems Anna has moved out of the Metro Court (what I call Extended Stay Port Charles) into a home. And what a beautiful home it is, with curved doorways and a gorgeous fireplace and staircase. The Haunted Star even got a little upgrade with a little couch seating area that hadn’t been there before. Maybe Silas’s old apartment will be next on the renovation list. The Haunted Star looked fabulous decorated for Halloween.

My favorite moment of the whole week was Alexis showing Julian how to change a diaper, while sitting on the floor of their new house. It was such a real, comfortable moment – very believable and just so sweet. Alexis and Julian seem cozy but where are Molly and Kristina supposed to live? Somehow I don’t see them moving in with the happy couple. Maybe they could stay in Sam’s old apartment since there is a “housing shortage” at PCU. And maybe TJ could move in too, oh, and Darby too!

The Halloween party at the Haunted Star was very busy. Valerie announced she has been accepted into the police academy. Dillon caught Dante and Valerie talking but assumed it was more than talk. And so he played the behind the scenes footage of himself and Valerie for the fundraiser crowd instead of his sizzler reel, stopping right before Valerie admitted sleeping with Dante. Whoops.

Tracy suggested to Lulu this might not be a good time to get pregnant. Always on the money, Tracy. Dante and Lulu finally faced reality about the embryo implantation – not so easy, says Dr. Kelly Lee, another long lost cast member who has returned. They decide to go ahead anyhow. Dante tells Sonny he slept with Valerie and Sonny gets him to agree to tell Lulu right after the Halloween party, although it seems Dillon is beating him to the punch.

Little Jake is barreling towards being a school shooter. He’s angrily insisting Jake is his real dad. No one seems to notice how disturbed he is. Elizabeth wants big Jake to adopt Cameron and Jake after they get married, with Jake insisting he doesn’t need to (since he knows Jake is really Jason). I feel a need to point out that although Lucky is not Cam’s dad, Cam always called him dad and I just assumed he had adopted him. Guess not. Aidan has reappeared after being gone forever (I was starting to think he was a figment of Liz’s imagination). Since Lucky is his real dad, he doesn’t get to be adopted. Sorry, Aidan.

Sabrina and Michael told Carly and Sonny about the baby, but Carly was not happy and did not want them to get married. She doesn’t think they really love each other. Not a problem, since Sabrina said no to Michael’s proposal, suggesting they take time to get to know each other. Oh yeah, and for her to figure out how to tell him it’s not actually his baby. Sabrina admitted to Felix it could be Carlos’s baby.

Paul told Anna he knows she killed Carlos and implied he would be holding it over her head. Anna then thought she saw Carlos again. He also showed up at Ava’s gallery and kissed Ava and promised to help her with her custody case, which is not looking good since Kiki has refused to testify for her. 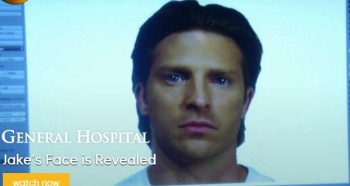 Spinelli, in his new uniform of a funky shirt and vest, worked on reconstructing Jake from before his surgery using a program he invented. He also remembered Maxie’s Halloween birthday (thank you again, writers: I still remember Felicia going into labor on Halloween) and gave her a gift and it was a real gift with a real story attached to it (another thing I love about these writers). He had to leave town before the program finished and left it with Carly just as it showed Jason’s face. Carly is going to explode when she sees this.

Wardrobe of the week: I loved Maxie’s Cleopatra costume. I have NO idea who Emma and Sam were – clearly I am out of touch with kid movies since mine are grown.

Lots of truths will be coming out next week, and I can hardly wait to see the fall-out, as half the town experiences fall out!