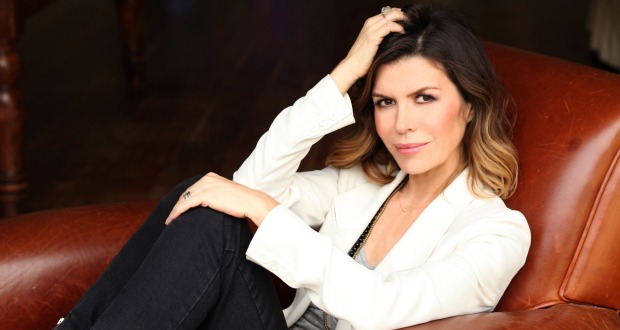 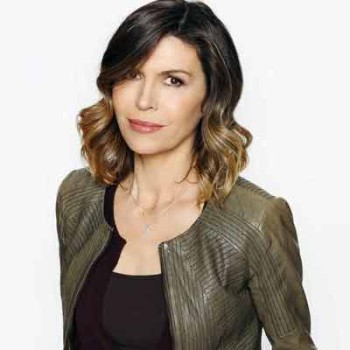 Finola Hughes should win an Emmy for her work on “General Hospital” this week. What a stunning and moving performance this was as Anna met with Dr. Kevin Collins (welcome back!) to talk through her grief about Duke and regret about murdering Carlos. She didn’t quite come out and tell him about the murder, at least not yet, but this was just a gripping moment.

I’m continuing to love the new “General Hospital” writing team – what a great change! Thanks to Alexis’s surreptitious DNA testing, Julian found out that baby Leo is alive and Olivia has been keeping him from his son. In typical fashion, he blew his stack, but then Alexis calmed him down and he and Olivia talked and agreed to co-parent the baby together. I cannot remember another instance where characters have gone a no-conflict route on custody. It was realistic and it made sense. Loved it.

Ned dumped Olivia, citing her lies to Julian as the reason. Now that the lies are over, though, can’t you come back Ned? Sadly, Wally Kurth is busy on another soap and is off the show for now. Sniff. This was kind of an unsatisfactory ending to this storyline. But at least they did bring him back for one day to try to get some closure.

Alexis had lab manager Brad run the DNA test and he started to open up to her about why he can’t marry Lucas. He mentioned that he needs the marital privilege with Rosalee to protect both of them from felony charges, but once again, we didn’t get to hear what exactly happened. I’m hoping to find out more on this story that has been withering on the vine since April when Brad first proposed to Lucas.

Julian had been skulking around, making suspicious phone calls. It turns out he was buying (or building? Unclear) a house for Alexis. Hurray for a new set! Inexplicably the house has a fireplace in the bathroom, which just tells us to expect Julexis to spend a lot of time in that tub.

Sonny was a drama queen this week, refusing to understand that he needs to stay in the hospital and work on regaining movement in his legs. Instead, he tried to stand up and collapsed on the floor in the hallway. Classic soap move. In the end, he agreed to be reasonable and take it slowly, even though there are no guarantees he will ever walk.

Michael told Sonny and Carly that Sabrina is pregnant, even though it’s pretty clear to us the viewer that Carlos is actually the dad. Felix suspects this, as well. Max and Milo landed back on our screens this week to assist “The Boss.” Milo won’t be around long since the actor is leaving LA. HOW can we have the Nurse’s Ball without Magic Milo?

Morgan can’t seem to stay away from Ava or Kiki. This week he tried to offer help and comfort to professional drinker Kiki, who rebuffed him. Instead, he seems to be getting cozy with gorgeous Darby who, apparently, is pals with Molly and worked at Ava’s gallery. I don’t remember this chick at all, but fresh blood is always a good thing.

The body identified as Carlos was cremated on Paul’s orders. Sabrina got upset and collected his ashes for his family. Anna read the autopsy report and knew it was not actually Carlos. Meanwhile she’s popping anti-anxiety pills from Kevin. Nobody swallows a pill on a soap without it meaning there is addiction ahead.

The Nina/Franco/Kiki family dynamic is still interesting. Maxie and Nathan came over for mid-day cocktails and snacks. Kiki apparently has catering skills, so maybe she can get a job doing that? They asked Nina to bankroll Dillon’s movie. Lulu has kicked him off the boat (contract be damned) and he has nowhere to film and needs cash for a new location. Nina happily wrote the check and she and Maxie seemed to hit it off.

Maxie will also be donating some of the profits from the Haunted Star Halloween party to the film. I wonder what costumes are in store for us this year?

Spinelli and Sam are determined to find out who Jake really is, even though Jake told them to just stop. Instead, Spinelli stole Jake’s medical records and has a program that will reconstruct his face and compare it to the DMV database. Before he could make it happen, though, Spinelli was arrested for breaking into the GH computer to get the records. Oh snap. It seems Spinelli will be the one who reveals Jake’s identity before the wedding, if Diane can get him out of jail (she’ll be back next week – hurray!)

Dr. O and staff threw a surprise bridal shower for Elizabeth, because you need lots of stuff when you get married for the 20th time. They showed actual gifts and actual food – another GH departure – and Epiphany was there (welcome back, girl). While Liz was partying, Laura babysat the boys (and creepily was changing Liz and Jake’s sheets) when little Jake freaked out at Cameron. Laura still thinks little Jake needs help (no kidding). Liz is in denial. Little Jake then told Jake/Jason he is his actual father. Surely they will take this as a sign that the kid has lost it rather than the fact that he has overheard the truth because NO ONE overhears things in Port Charles. Jake asked Carly to stand up at the wedding (even though he didn’t get invited to hers) and Liz asked Patrick.

Patrick stuck a giant rock on Sam’s finger. “Oh, it fits perfectly!” she squeals as it slides around her finger, too big. And really, the rock didn’t look all that big compared to the cleavage on view. I wish they would dress Sam better. It’s possible to be an active person and not have things hanging out all over. The contrast of the skimpy tank top with the mom jeans is just too weird.

The Port Charles unemployment roster is still startlingly high these days: Morgan, Michael, Kiki, Franco, Nina, Anna, Jake, Sabrina, Felicia, Lucy, Tracy. Since no one is running Kelly’s these days, I think they could all get hired there.

In addition to the new set for Alexis and Julian, this week we got to see that Liz has paintings (presumably her own?) hanging over her bed. Maybe she could sell them through Ava’s gallery.

Wardrobe pick of the week: The only thing I’ve got this week is Maxi’s cockatoo t-shirt. And the fact that I want to borrow all of Spinelli’s cute shirts. I did not like Carly’s brown leather jacket with a million grommets.

We are creeping slowly towards the Jason reveal, and it won’t come a moment too soon for me. It’s fun to see new and old characters coming back. A new actor has been hired to play a doctor (GH probably should have more than just two) AND he’s black, so more diversity is a good thing.

Rumors continue to swirl that Jason Thompson (Patrick) is leaving, though, so maybe we’ll be back to just two doctors anyhow. We’re also creeping towards Lulu and Dante trying to implant the embryo they naively think is theirs and possibly Dante finally getting busted for sleeping with Valerie since Jordan, Nathan, and Dillon all now know. Lots of fun is brewing and there are sure to be some exciting moments ahead!