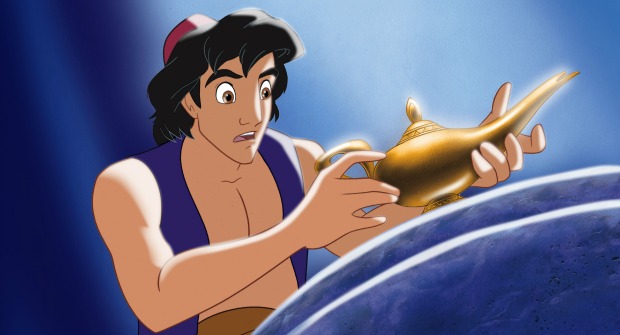 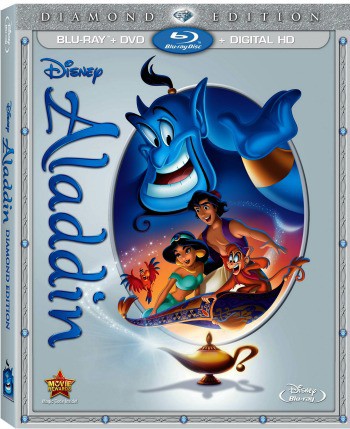 You know the story. Jafar, Grand Vizier to the Sultan of the fictional sultanate of Agrabah, attempts to retrieve a magical oil lamp containing a genie from the Cave of Wonders.

Meanwhile, Jasmine, the Sultan’s daughter, frustrated with her life in the palace, flees to Agrabah’s marketplace. There she meets Aladdin and his monkey pet, Abu, and the two form a friendship. After Jafar has Aladdin captured, Jasmine orders his release, but Jafar tricks her into thinking Aladdin was sentenced to death!

From there, it’s a wild story involving a magic carpet, an unleashed Genie, three wishes, mind control, mistaken identity and, of course, romance. And because it’s Disney, rest assured there’s a happy ending. 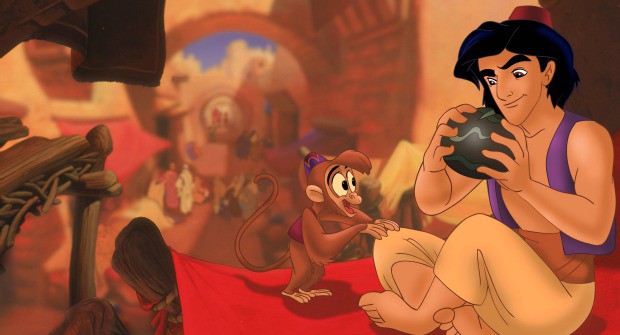 “Aladdin,” which won an Academy Award in 1992 for Best Original Song – “A Whole New World” – holds even more meaning now that the talented Robin Williams, who voiced The Genie, is no longer with us. This set includes never-before-seen tributes to Williams, the “genius behind the Genie.”

In addition to Williams, the voice cast includes Scott Weinger as Aladdin, Linda Larkin as Jasmine, Gilbert Gottfried as Iago, Jonathan Freeman as Jafar, Douglas Seale as Sultan and Frank Welker as Abu. There is a WHOLE lot of theater and film talent there.

Produced, written and directed by John Musker and Ron Clements, “Aladdin” was also produced by Ted Elliott and Terry Rossio, with Music by Alan Menken and Lyrics by Howard Ashman and Tim Rice. Aladdin” is rated G with an approximate runtime of 91 minutes.