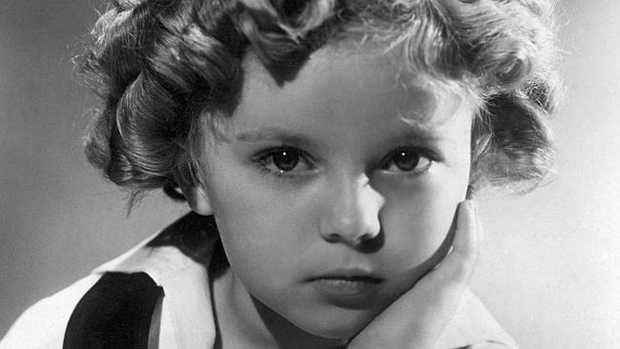 My parents put me in dancing school when I was four, so I fancied myself as someone who could maybe one day dance alongside Shirley Temple. When I was five, my mother broke the news to me that Shirley was actually already a grown-up. I was crushed, but she remained my idol when I was a kid.

Now, it appears that there will be artifacts from her estate on display at the Academy Museum. Shirley’s family has given the Museum a gift that is valued at more than $5 million in a combination of money and artifacts. As a result, the Museum will name its education center “The Shirley Temple Education Studio.”

Some of the objects that have been donated include the miniature Oscar presented to Shirley at the 1934 Academy Awards in recognition of her screen work that year; the tap shoes and portable wooden practice-steps given to her by legendary dancer Bill “Bojangles” Robinson for their famed stair dance routine in 1934’s “The Little Colonel”; the star’s first set-chair from Fox Studios; and the ornate Los Angeles public-school system desk she used for her daily lessons on the Fox lot.

The tiny tap dancer still in me will be thrilled to see these pieces, especially those steps from Bojangles.

The Museum’s education program includes hands-on workshops in moviemaking techniques, creativity, and critical thinking. A core feature of the program will be its teen initiative, serving students from diverse backgrounds in the greater Los Angeles area.

The Academy is currently raising $388 million to support the building, exhibitions, and programs of the Academy Museum. The capital campaign was launched in 2012 and is chaired by Bob Iger and co-chaired by Annette Bening and Tom Hanks. The Academy has already secured more than $250 million in pledges from more than 1,300 individual donors globally.

Designed by Pritzker Prize-winning architect Renzo Piano, the Academy Museum will restore and revitalize the historic Wilshire May Company building at the corner of Wilshire Boulevard and Fairfax Avenue. (I always wondered what would happen to that building!) The Academy Museum will feature six floors of exhibition spaces, a movie theater, education areas, special event spaces, conservation areas, and a café and store. A new spherical addition will connect to the May Company building with glass bridges and will feature a state-of-the-art 1,000-seat theater and a rooftop terrace.

Here’s what the Academy says about the Museum: “The Academy Museum will feature a core historical exhibition and rotating temporary exhibitions, complemented by special projects, publications, digital initiatives and a slate of public programs that will include screenings, premieres, panel discussions, gallery talks and K–12 education initiatives. The Museum’s exhibitions and programs will convey the magic of cinema and offer a glimpse behind the screen, illuminating the creative, collaborative process of filmmaking.”

It sounds like it will be an amazing place. I can’t wait until it’s finished. I’ll have a new excuse to visit L.A.