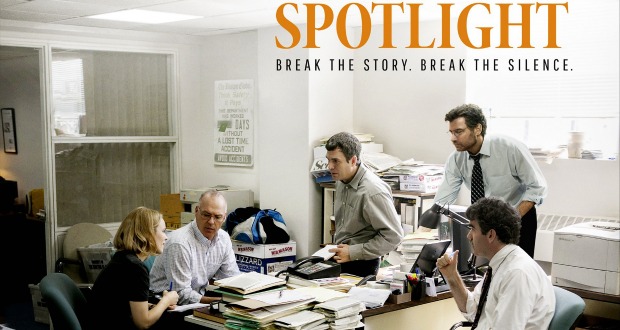 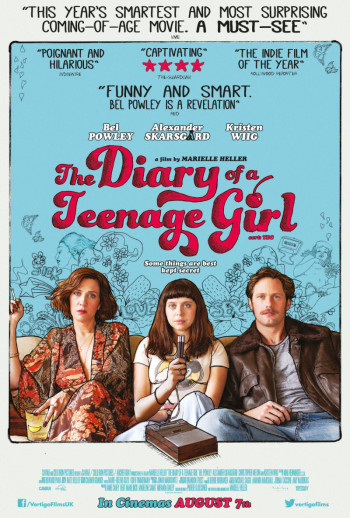 Nominations for the 25th Annual IFP Gotham Independent Film Awards have been announced, with “Carol,” “The Diary of a Teenage Girl,” “Heaven Knows What,” “Spotlight” and “Tangerine” scoring noms. The awards ceremony will be held on Monday, Nov. 30 at Cipriani Wall Street in New York.

In addition to the competitive awards, Gotham Award Tributes will be given to actors Helen Mirren and Robert Redford, director Todd Haynes, and Industry Tribute recipient producer Steve Golin.

As you might imagine, since the Gothams is the first major awards ceremony of the film season, it provides critical early recognition and media attention to worthy independent films. The awards are also unique for their ability to assist in catapulting award recipients prominently into national awards season attention. This year the Gotham Awards will also be presenting two new awards for serialized television and web content. Those nominations will be announced next week.

Beyond these individual actors, the committee cited the Spotlight cast as “an outstanding ensemble in which every performance, in every role, of every size, is beautifully realized.” In recognition of the strong work by female actors this year, the jury also chose to include six nominees for Best Actress.

“We congratulate this year’s nominated independent storytellers, who represent a richly diverse range of cinematic achievements that are bold, risk-taking, and beautifully crafted, ” said Joana Vicente, Executive Director of IFP and the Made in NY Media Center, in a press release.

The Gotham Audience Award nominees are comprised of the 14 films nominated for Best Feature, Best Documentary, and the Bingham Ray Breakthrough Director Award. The winner will be selected by online voting of IFP members. Voting for that award begins Nov. 18 at 12:01 AM EST.

Twenty writers, critics and programmers participated in the nomination process. The Nominating Committees for the 2015 IFP Gotham Independent Film Awards were:

For the sixth consecutive year, IFP is proud present the euphoria Calvin Klein Spotlight on Women Directors ‘Live the Dream’ grant, a $25,000 cash award for an alumna of IFP’s Independent Filmmaker Labs or IFP’s Screen Forward Lab. In 2015, Screen Forward Lab directors have been included in this opportunity for the first time. This grant aims to further the careers of emerging women directors by supporting the completion, distribution and audience engagement strategies of their first feature film or episodic series. The nominees are:

IFP members will determine the 7th Annual Gotham Independent Film Audience Award with nominees comprised of the 15 nominated films in the Best Feature, Best Documentary, and Bingham Ray Breakthrough Director Award categories. All IFP current, active members at the Individual Level and above will be eligible to vote.  Voting will take place online from November 18th at 12:01 AM EST and conclude on November 25th at 5:00 PM EST. In addition, IFP will be scheduling screenings of the nominated films for IFP members in the theater at the Made in NY Media Center by IFP in Brooklyn. These screenings will take place from November 4-11. The winner of the Audience Award will be announced at the Gotham Awards Ceremony on November 30, 2015.

A Gothams Appreciation Award will be given to Ellen Cotter for her contribution to theatrical distribution, including leadership of the Angelika Film Centers.

The Premier Sponsors of the 25th Anniversary IFP Gotham Independent Film Awards are Royal Bank of Canada (RBC) and The New York Times, and the Platinum Sponsors are euphoria Calvin Klein and Greater Fort Lauderdale/Broward Office of Film, Music and Entertainment. The Official Water Sponsor is FIJI Water and the Official Wine Partner is Line 39 by O’Neill. Additionally, the awards will be promoted nationally in an eight-page special advertising section in The New York Times in November 2015.

The Independent Filmmaker Project (IFP) champions the future of storytelling by connecting artists with essential resources at all stages of development and distribution. The organization fosters a vibrant and sustainable independent storytelling community through its year-round programs, which include Independent Film Week, Filmmaker Magazine, the Gotham Independent Film Awards and the Made in NY Media Center by IFP, a new incubator space developed with the Mayor’s Office of Media and Entertainment. IFP represents a growing network of 10,000 storytellers around the world, and plays a key role in developing 350 new feature and documentary works each year. During its 36-year history, IFP has supported over 8,000 projects and offered resources to more than 20,000 filmmakers, including Debra Granik, Miranda July, Michael Moore, Dee Rees, and Benh Zeitlin. More info at www.ifp.org.

About the Gotham Independent Film Awards by IFP

The IFP Gotham Independent Film Awards, selected by distinguished juries and presented in New York City, the home of independent film, are the first honors of the film awards season. This public showcase honors the filmmaking community, expands the audience for independent films, and supports the work that IFP does behind the scenes throughout the year to bring such films to fruition.

For information on attending: http://gotham.ifp.org