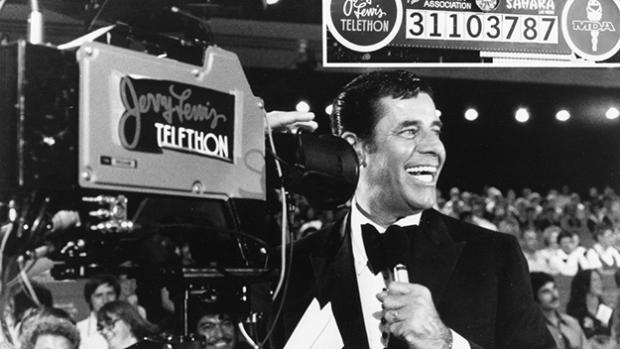 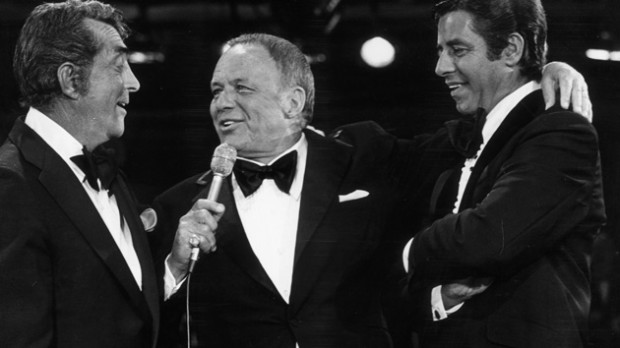 When I was a kid growing up in the 1960s and ’70s, the Labor Day Jerry Lewis Telethon – officially, the Muscular Dystrophy Association (MDA) Labor Day Telethon – was a TV tradition. We always tuned in to see what celebrities would show up to share the stage with host funny-guy Jerry Lewis.

And of course, after 20-some hours (did the telethon run all weekend? Or was it just on Labor Day? Remind me in the comments below), ringleader Jerry Lewis would be a weeping, babbling mess, pleading with viewers to make those numbers on the tote board increase! Which of course, made watching it all the more fun.

The telethon had its beginnings in June 1950, when Paul Cohen, a prominent New York business leader living with a form of muscular dystrophy, invited a group of people to meet in his Rye, N.Y., office. They formed the MDA and got their first grant that year of $1500.

Earlier this year, the MDA announced that the group was ending its annual Labor Day telethon, a move that followed Lewis retiring as host in 2011. Times change and I guess people are gravitating towards more viral ways to show their support and raise funds, like last summer’s Ice Bucket Challenge.

But for me, MDA will always be associated with the Jerry Lewis Telethon. Take a look at this found-footage film that shows the inner workings of the telethon, including an appearance by the legendary Frank Sinatra.