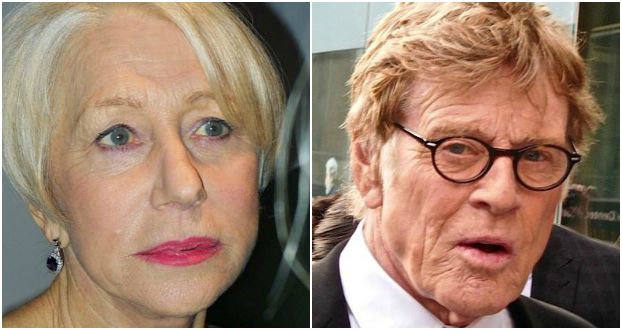 The starry veteran actors have careers that have spanned decades. This tribute should be particularly emotional for Redford who began his career on Broadway with a starring role in Sunday In New York and later Neil Simon’s Barefoot In The Park, directed by Mike Nichols. He reprised his role in the film version of Barefoot In The Park, a well received film which co-starred Jane Fonda.

Probably Redford is most famous for his films with Paul Newman, notably in 1969, Butch Cassidy and the Sundance Kid, which was directed by George Roy Hill. He earned a Best Actor Oscar nomination for The Sting, which won seven Oscars.

Currently he can be seen in A Walk In The Woods, a film he produced that co-stars Nick Nolte and is based on the Bill Bryson novel. In October, Redford will star as Dan Rather in Sony Pictures’ Classics’ Truth, starring Cate Blanchett and Elizabeth Moss. Already honored by the New York Film Critics several years back, he was also feted in the spring by the Film Society of Lincoln Center which honored him with the Chaplin Award, presented to him by Barbra Streisand.

Helen Mirren also began her career in theater, in the role of Cleopatra at the National Youth Theatre. She went on to join the Royal Shakespeare Company and later the company of renowned director Peter Brook. Her breakthrough film role came in 1980 in John Mackenzie’s The Long Good Friday, co-starring Bob Hoskins.

She has worked continuously since in many iconic film roles and received an Academy Award for her portrayal of Queen Elizabeth II in 2006 of The Queen. Most recently she starred in The Weinstein’s Company’s Woman in Gold and Disney’s The Hundred-Foot Journey directed by Lasse Hallstrom. Next up for Mirren she will portray gossip maven Hedda Hopper in Bleecker Street Media’s Trumbo.

Recently she received a Tony Award for reprising her role of Queen Elizabeth II in The Audience, a new play by Peter Morgan, directed by Stephen Daldry. Helen Mirren became a Dame of the British Empire in 2003.

Steve Golin has worked across feature films, television, commercials, music videos, and new media. He is the Founder and Managing Partner of Anonymous Content, a leading production and management company representing some of the most talented directors, writers, and performers working today. He has over 50 film and television producing credits to his name including Babel, directed by Alejandro Gonzalez Iñárritu, Golden Globe winner for Best Picture; Being John Malkovich directed by Spike Jonze; Michel Gondry’s Eternal Sunshine of the Spotless Mind; David Lynch’s Wild At Heart; Truth or Dare with Madonna; Jane Campion’s The Portrait of a Lady; and Winter’s Bone.

Nominees for the Gotham Awards, which officially kicks off the awards season in New York, will be announced October 22.