This month brings plenty of fun new titles for kids on Netflix, including “Arthur,” “Mr. Rogers’ Neighborhood,” “Pixies,” “Teen Beach Movie,” and the Netflix original, “Puffin Rock.” Let’s take a closer look at all the new offerings for kids. 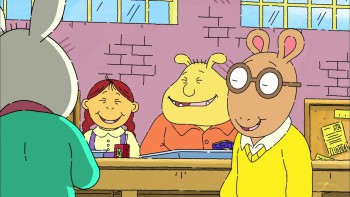 Arthur: Season 17. Based on the books by Marc Brown, these are the adventures of Arthur, an 8-year-old aardvark, and his family and friends as they grow up and learn how to be good neighbors to one another.

Da Jammies: Season 1. While enrolled at a performing arts middle school, five talented tweens band together to form a hip-hop and R&B group in this animated musical series.

Giggle and Hoot’s Best Ever! (2014). Best friends Giggle and Hoot share their adventures and open their crazy house to guests, silliness, dance, and music that kids can enjoy.

Mister Rogers’ Neighborhood: Volume 1. Fred Rogers explores various topics for young viewers through presentations and music, both in his world and in the Neighborhood of Make-Believe.

Mouk: Season 1. This animated series for young children centers on a little bear called Mouk who travels the world on his bike. The educational preschool show teaches kids and toddlers about diversity, cultures and the importance of keeping an open mind.

Pandas: The Journey Home (2014). Get an extraordinary look inside China’s Wolong Panda Center, where giant pandas bred in captivity are prepared to be released into the wild. 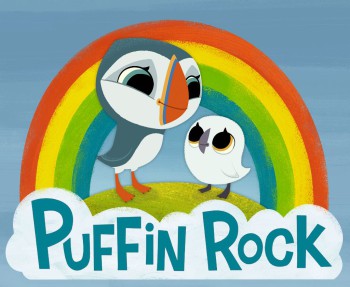 The Adventures of Sharkboy & Lavagirl (2005). Rejected by his classmates, a 10 year-old dreamer invents two imaginary friends – powerful Sharkboy (Taylor Lautner) and fire producing Lavagirl (Taylor Dooley) – but soon learns they aren’t imaginary when they call on him to help defeat the nefarious Mr. Electric (George Lopez).

The Monster Squad (1987). Dracula, the Wolfman, Frankenstein, the Mummy and Gill Man descend on a tiny town in search of a diabolically powerful amulet. But only 12-year-old Sean and his gang of monster-obsessed misfits can save the day in this overlooked 1987 horror comedy.

Zathura (2005). After discovering a mysterious game in the basement of their house, two pint-sized brothers (Josh Hutcherson, Jonah Bobo) are sent flying into space, where they must finish the game by reaching the planet Zathura — or be trapped in galactic limbo forever.

Drumline: A New Beat (2014). A feisty girl defies her parents, classmates and rivals in her quest to lead her school’s drumline and help it reclaim its former distinction.

Baby Daddy: Season 4 (new episodes). A 20-something bachelor bartender becomes an unlikely parent when an ex-girlfriend leaves a baby girl on his doorstep.

Melissa & Joey: Season 4 (new episodes). Single politician Melissa has her life turned upside-down when she is made guardian of her niece, Lennox, and nephew, Ryder. She hires Joe, an unemployed stockbroker, as a live-in “manny” to help out, a job he hopes will be temporary. 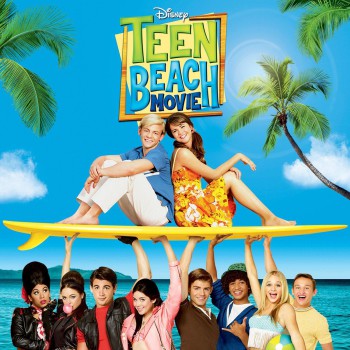 Teen Beach Movie 2 (2015). Modern day teens Mack and Brady get a real world visit from Lela, Tanner, Butchy, and other surfer and biker pals from the beach party film within a film, Wet Side Story.

Pixies (2014). Joe Beck has lost the love of his life thanks to a Pixie’s Curse. Now he needs to figure out how to get his girl back, learn more about the mysterious Pixies and undo a bad deed he did long ago.

Kambu: Season 1. Kambu is the new maildog, and he wants to make some friends. However, it’s going to be a little more difficult than he thought because the inhabitants of this outpost are … just too darn peculiar. And the work keeps mounting up and there’s always a package to deliver.

Zoobabu: Season 1. It’s a bird, it’s a bear, it’s Zoobabu! A playful lively box and 104 lighthearted animals collaborate to bring you this hilarious animated guessing game. Step by step, hint by hint, the box will give the clues to find out which animal is hiding inside the box: Zoobabu!

The Fosters: Season 3. Teenager Callie Jacobs is placed in a foster home with a lesbian couple and their blend of biological, adoptive and foster children.

VeggieTales in the House: Season 1 (New Episodes) – NETFLIX ORIGINAL. The exciting new adventures of Bob the Tomato, Larry the Cucumber, and all their Veggie friends as you’ve never seen them before!

Monster High: Boo York (2015). It’s fright lights, big city when the Monster High ghouls head to Boo York! Cleo de Nile is invited to attend a fancy gala celebrating the return of a magical comet and, of course, she brings along her beast friends. But their trip isn’t all fun and frightseeing because Nefera, Cleo’s sister, uses the comet’s powers for her own spooktacularly sneaky plans.

Leafie: A Hen into the Wild (2011). A hen named Leafie who dreams of hatching one of her own eggs gets the chance when she’s entrusted with an orphaned duck egg.