AMC released today the official key art for “The Walking Dead” Season 6.” The series returns on Sunday, October 11 at 9:00 p.m. ET/PT with a 90-minute premiere episode.

There’s nothing particularly groundbreaking about the artwork, picture above, but this image below has been making the rounds, and it teases a rivalry between Rick and Morgan. 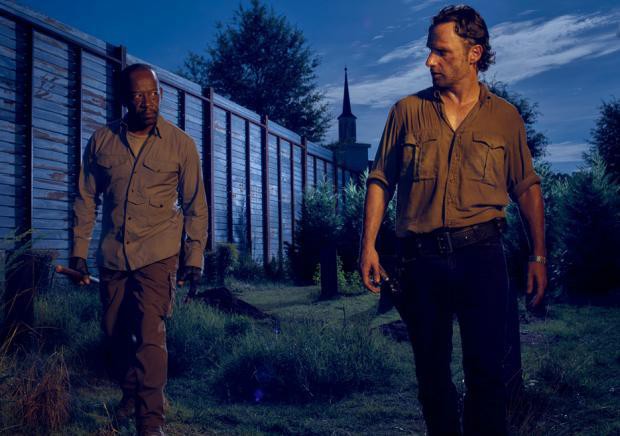 And we’ve already gotten a taste of the upcoming season from the trailer released during SDCC 2015 earlier this year, which again shows an impending showdown between Rick and Morgan.

During the series premiere for “Fear the Walking Dead,” AMC released a new TV promo trailer for “The Walking Dead” season six. It doesn’t reveal too much, but explores the dark side of many of the characters who’ll in habit Alexandria this coming season.

Season six will also add some new characters, including one played by Ethan Embry (“Empire Records”), who according to showrunner Scott Gimple plays a combination “of a few characters that we actually haven’t hit yet or weren’t able to hit in other characters. He is an Alexandrian, and has been there the whole time, just quite busy.”

Fans of the comic books know that Carter originated there, and is one of the Alexandrians who helped build the wall.

Also, Merritt Wever, who I loved in “Nurse Jackie,” has been cast as an Alexandrian. She’s playing Dr. Denise Cloyd, who plays a major role in the books as a medic and surgeon. 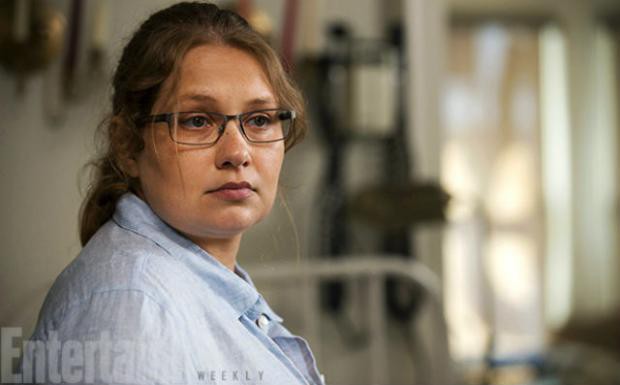 The first new character to be revealed for season six was Corey Hawkins, who’s playing Heath. “Corey’s terrific and I’m so excited to see him bring Heath to life,” said Gimple. “It’s been fun and he dove in with both feet. He’s tough and skeptical when the cameras are rolling, and then when they’re off he’s just like a goofy fan. He’s really, really excited to be there.”