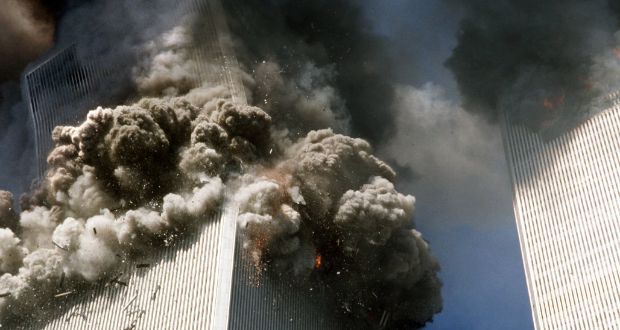 Today marks the 14th anniversary of the terror attacks on the Twin Towers in New York City and the Pentagon in Washington, D.C. It’s been speculated that the Capitol building was the intended target of US Airways Flight 93, which came down in Pennsylvania.

It’s a sad day for our country, but one that will never be forgotten. Nearly 3,000 died as a result of the terror attacks that day, which were carried out by 19 Al-Qaeda men who hijacked four planes and maneuvered them towards various areas of the United States. Here are ten iconic images which capture the event.

1. Smoke billows out of the south tower of the World Trade Center as the building begins to buckle under itself after being hit by US Airways Flight 175. 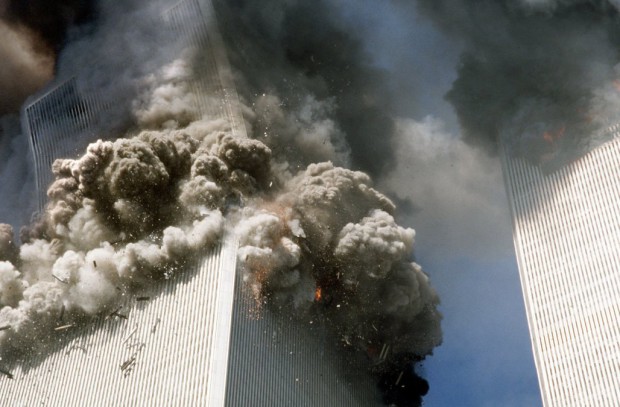 2. At 10:07 a.m. the F.A.A.’s Herndon Center reports seeing smoke rising from the ground where United Airlines Flight 93 was last seen near Johnstown, Pennsylvania. The plane had been heading toward Washington when the passengers aboard overtook the hijackers and tried to gain control of the aircraft with the heartbreaking, “Let’s roll.” 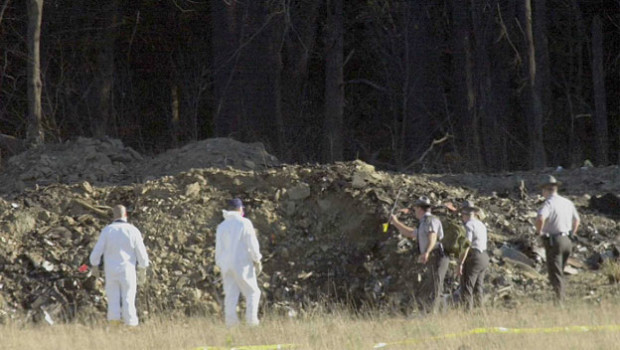 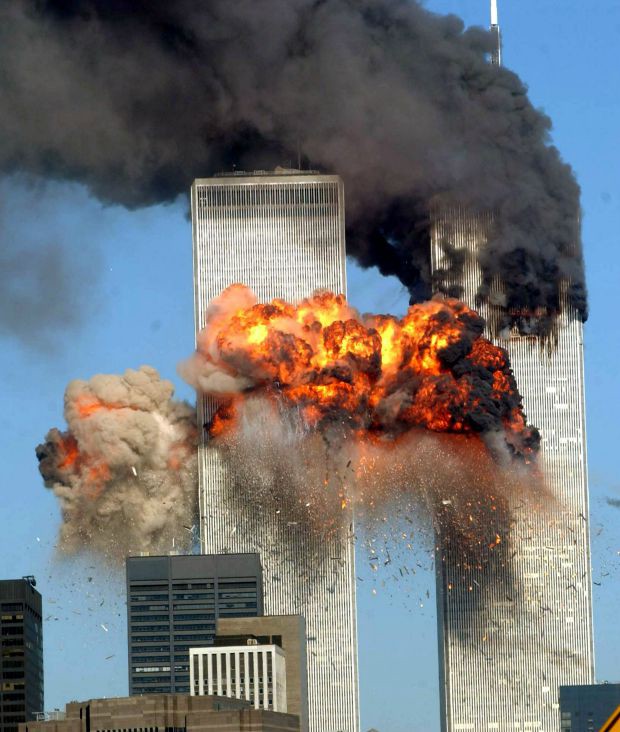 4. The Empire State Building overlooks the city as smoke pours out of the World Trade Center following the terrorist attacks of September 11, 2001. 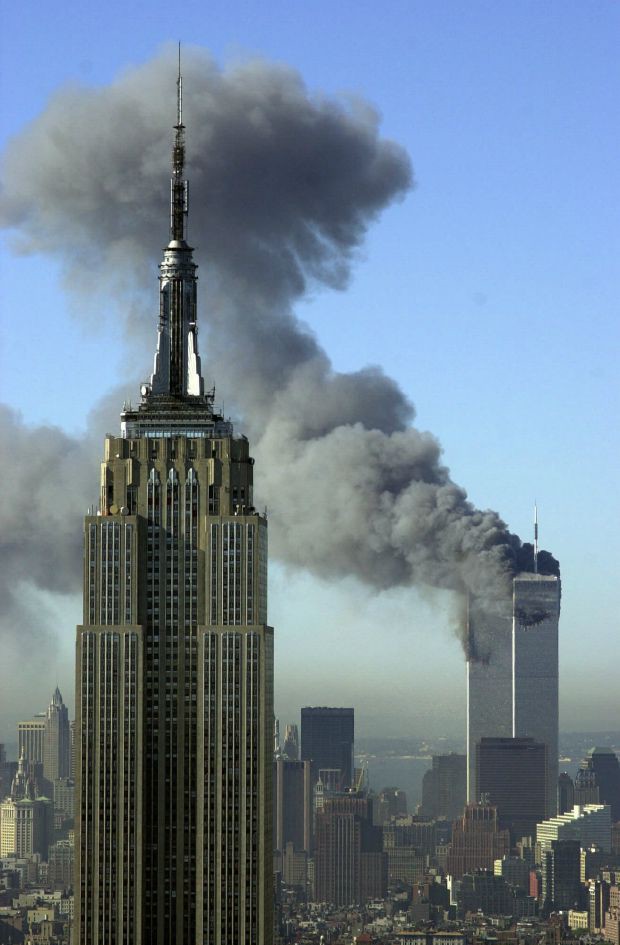 5. Marcy Borders takes refuge in an office building near the World Trade Center following the September 11th terrorist attacks. She was caught outside as dust and debris engulfed the area as she escaped from the North Tower. The woman known as “Dust Lady” recently died after a battle with stomach cancer on August 26, 2015. Borders told the Jersey Journal she believes the attacks on the World Trade Center caused her illness, and CDC reports found that the collapse of the towers exposed those in the area to a number of carcinogenic materials. As of May 2015, 3,700 of the survivors and first responders within the vicinity of World Trade Centers have been diagnosed with some form of cancer. 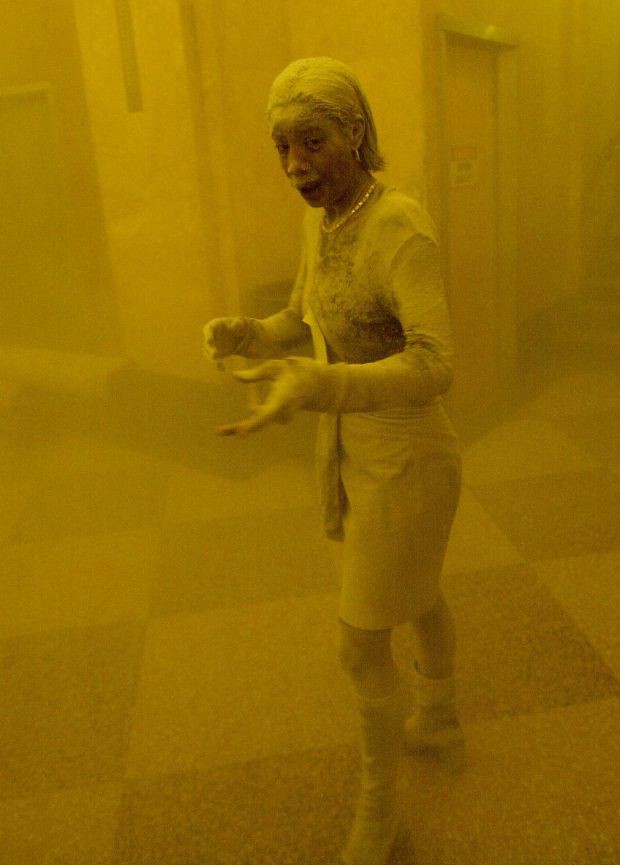 6. A person jumps from the north tower of the World Trade Center after the building was hit by a plane on September 11, 2001. On the left, another person clings to the side of the building. The north tower of the World Trade Center collapsed one hour and 42 minutes after American Airlines Flight 11 crashed into the building. Some estimate that 200 people, nearly all from the north tower, leapt from the towers after the attacks. These powerful images of despair were some of the most graphic and disturbing pieces of footage from the tragic event. 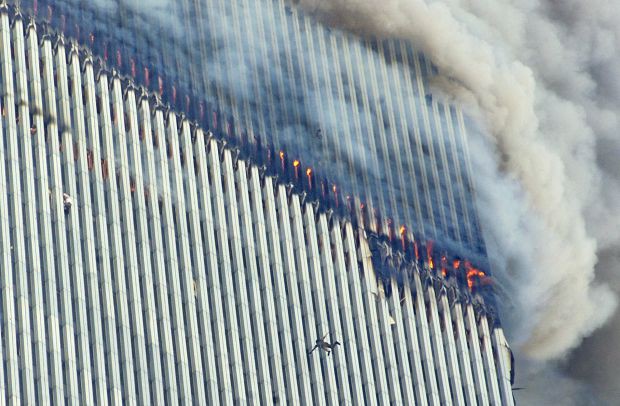 7. President George W. Bush is briefed about the September 11 attacks by then-White House Chief of Staff Andrew Card while visiting an elementary school in Sarasota, Florida that morning. Bush, less than a year into his first term, tries to maintain his composure in the room full of children after receiving the news. 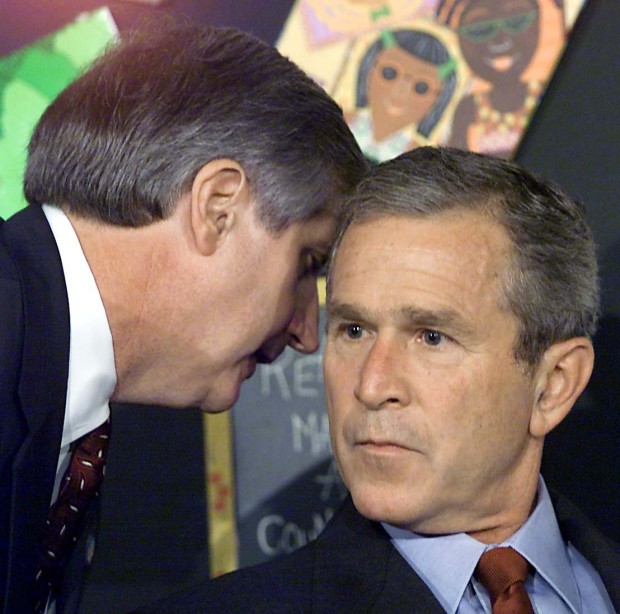 8. Rubble and dust from the debris of the World Trade Center hangs in the air following the terrorist attacks on the World Trade Center on September 11, 2001. The acts that day spurred counterterrorist policies like the controversial U.S. Patriot Act, which sought to strengthen security measures by prioritizing defense and national security. The act granted federal officials the ability to keep tabs on personal information ranging from citizens’ credit card numbers to cell phone messages. 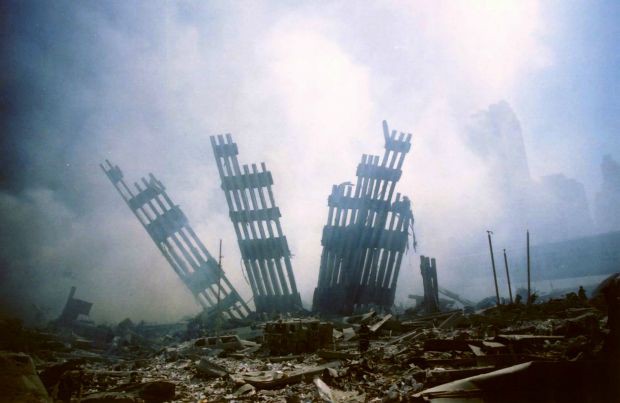 9. President George W. Bush stands atop the rubble where the World Trade Center stood and puts an arm around Bob Beckwith, a retired firefighter who donned his hard hat again when he heard about the 9/11 attacks. The president embraced Beckwith, grabbed the bullhorn and began talking to the first responders and law enforcement officials on the scene, thanking them for their hard work. When someone in the crowd shouted they couldn’t hear the president, he responded, “I can hear you! The rest of the world hears you! And the people who knocked these buildings down will hear us soon.” 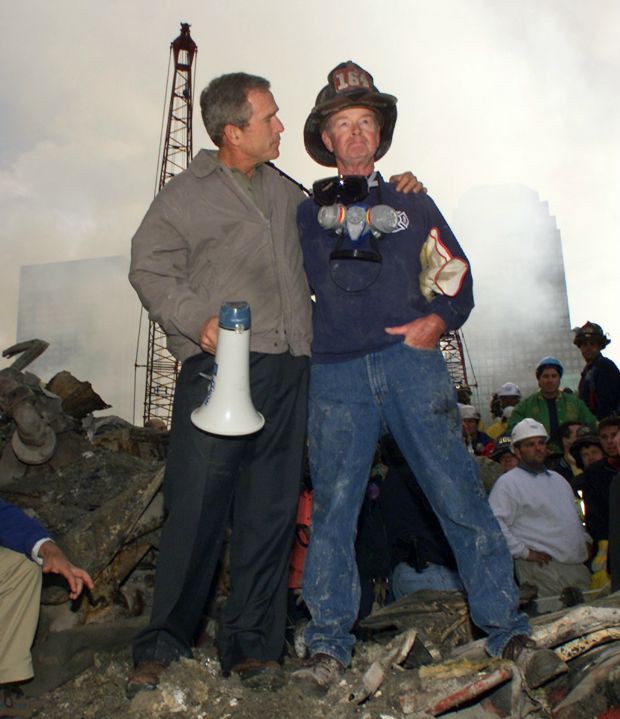 10. The 9/11 Memorial at Ground Zero, a site which millions once associated with death, devastation and terror, now transformed into a place of peace, tranquility and sadness. 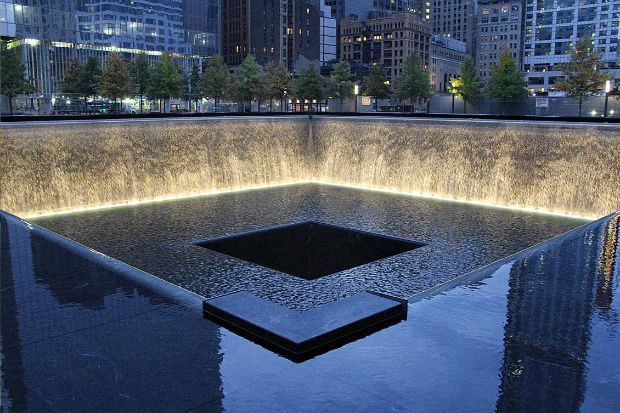