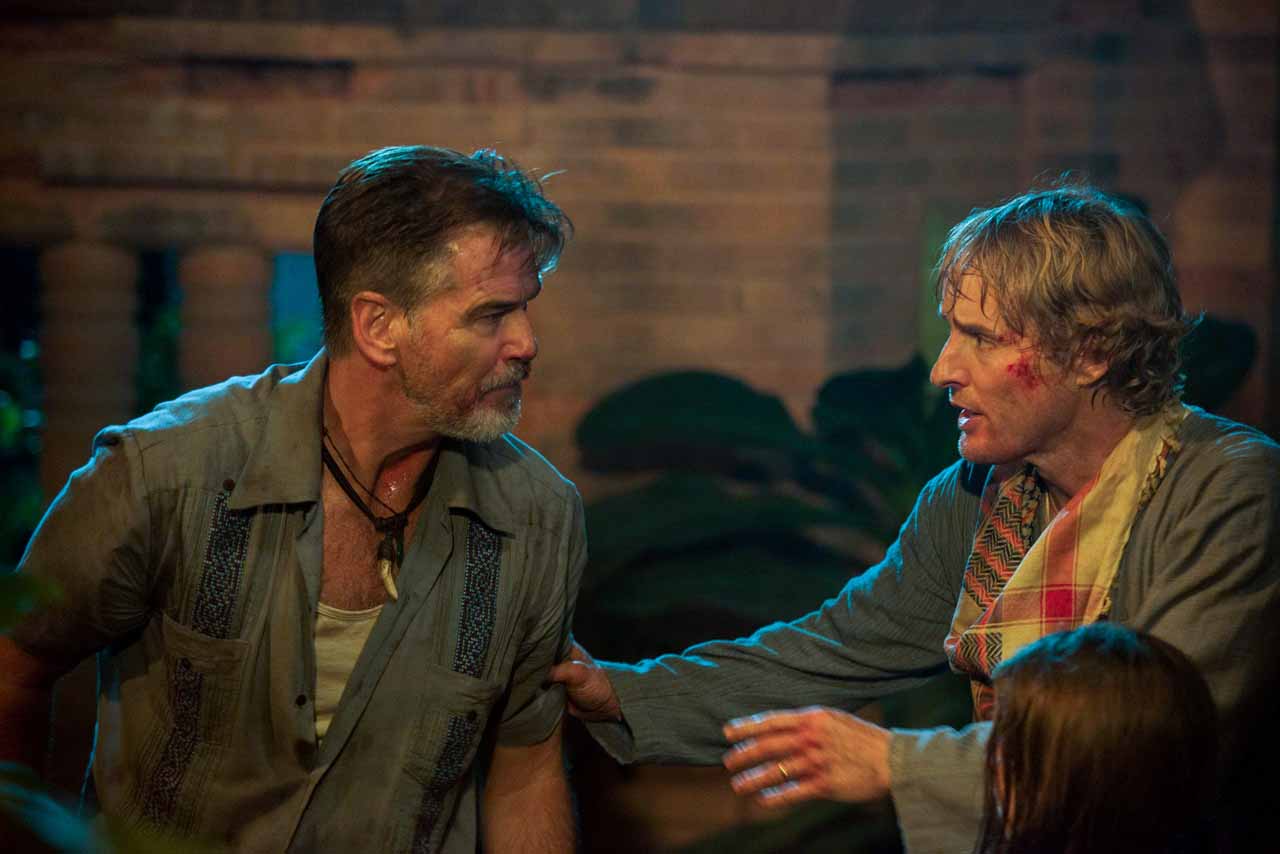 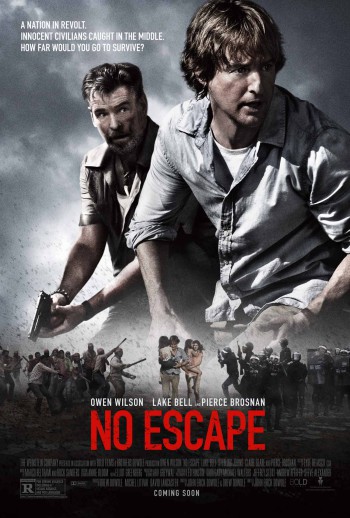 SYNOPSIS: In their new overseas home, an American family find themselves caught in the middle of a political uprising, as they frantically look for a safe escape.

REVIEW: I wasn’t sure if Owen Wilson – the darling of such artsy Wes Anderson films as “Bottle Rocket,” “The Darjeeling Limited” and “The Royal Tenenbaums” – could pull off an action hero role, but he does it with thrilling panache. And I mean “action” – this movie is a thrill ride from start to finish.

Wilson plays Jack Dwyer, a businessman who uproots his wife and two kids for a new job in an unnamed Asian country (I’m thinking it might be Thailand, though they never say). Things are going swimmingly until they get to their hotel room, and that’s when things quickly spiral into chaos.

When Jack goes out to find a newspaper the morning after they arrive, he suddenly finds himself smack in the middle of a revolution. Citizens are attacking military personnel in riot gear, and it quickly becomes apparent that Americans are being targeted and killed.

Jack and his wife (Lake Bell) and daughters (Claire Geare, Sterling Jerins) head out on a dangerous journey to find the American embassy. Just as all seems lost, a European man (Pierce Brosnan) and his driver (Sahajak Boonthanakit) that the family met the previous day intervene.

I really liked this movie, although after a week of real-life deaths in the news, it was a little intense to sit through it in a movie theater. But the action sequences leave you gasping for air and gripping the edge of your seat, especially one scene where the family is forced to jump from one roof to another. Well, first Jack’s wife jumps, then he actually throws the kids to her, then jumps himself.

I don’t know if this kind of thing actually happens in other countries – evil Asians are unrepentant in their hatred for Americans – but I’ve lived long enough to know that anything is possible. Ok, yeah, I’m pretty sure that happens.

And there are some sort of ridiculous plot twists, illogical events and unstable cinematography (meant to simulate chaos) that some viewers might not like. But wow. That’s what I call an action movie. In most movies, there are usually slow spots where I check my email or see what’s happening on Facebook, but not in “No Escape.” I couldn’t look away.

The R-rating is on target, thanks to some nail-biting scenes where the main characters, including the kids, are in serious peril. Owen Wilson, who I love, pretty much plays the same character he usually plays (only with more running and fighting). And I wish Pierce Brosnan would have had a bigger role, because he provided a tiny bit of comedic relief.

Still, “No Escape” is a solid action movie if you can get past the xenophobic vibe and head-scratcher plot twists.

Sex/Nudity: Innuendoes include “hitting a strip joint.” A scene is set in what appears to be a brothel.

Violence/Gore: A woman is beaten and nearly raped, with her clothes torn. The body count is high, with people shot execution style, wounded and shown dead in pools of blood. An angry mob beats people with rocks and sticks. A truck runs over people. A helicopter crashes and explodes. A father throws his children from one roof to another, with the wife on the other side to catch them. The main characters, including children, are in dangerous peril throughout the movie. A child is forced to point a gun at her father.

Drugs/Alcohol: Characters smoke and drink beer and whisky shots in a bar. Blink and you’ll miss the opium smokers.

Will Grownups Like It? Though the plot twists are a bit unbelievable at times, this action-packed thriller keeps you on the edge of your seat from start to finish.

Images in this review used courtesy of The Weinstein Co.