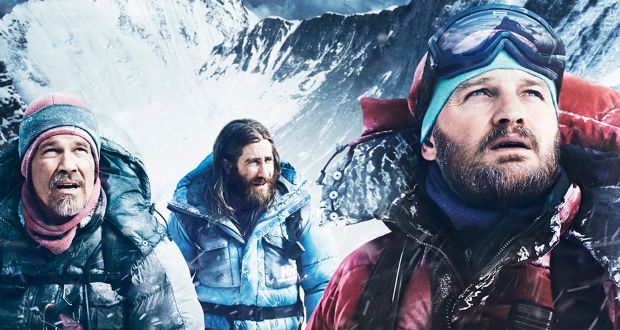 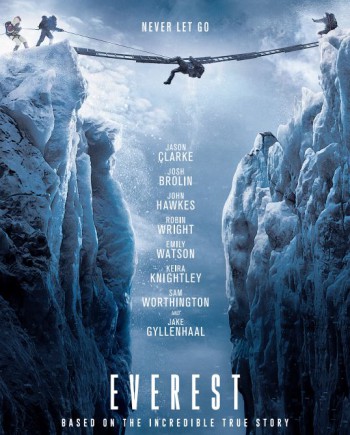 SYNOPSIS: Based on a true story, this action thriller chronicles a 1996 climbing expedition on Mt. Everest that’s devastated by a severe snow storm.

REVIEW: I’ve never been one of those adventurous risk-takers. Like, for instance, you would never in a million years find me braving brutal winds, frigid temps and scary avalanches to get to the top of Mt. Everest. Just getting from one day to the next is enough of a challenge to me, so risking brain edema, dwindling eyesight and frostbite like the people in “Everest”? So not for me.

But I love watching other people achieve these impossible dreams in the movies, despite the fact that this one is based on a true story and resulted in eight deaths one fateful day in 1996.

But as both teams started up the mountain, a series of setbacks and one cataclysmic blizzard resulted in people losing their lives on the deadliest day in Everest history.

As mentioned, I love these adventure movies. They show the mighty power of Mother Nature, including the fact that she has little regard for human lives (and people should understand that when they embark on a risky journey). This movie is nail-bitingly thrilling, with a snowy landscape that’s brutal and stark. In short, every step could kill you.

Director Baltasar Kormákur makes good use of special effects (this is one movie worth seeing in 3D), and although there’s not a lot of backstory with the characters, the cast is terrific. It doesn’t get much better than Brolin, Gyllenhaal, Clarke and the rest of the cast.

“Everest” delivers on all fronts, and makes me want to check out all the memoirs from this trek, including Jon Krakauer’s “Into Thin Air” and David Breashears’ IMAX documentary.

Be sure to stay through the end credits for photos of the real-life people portrayed in the movie. Love that.

Violence/Gore: Climbers face peril throughout the film, including hallucinations, oxygen deprivation, and falls, sometimes tragic. A few scenes include characters covered in snow and have blackened skin due to frostbite. Some dead bodies are seen on the mountain.

Drugs/Alcohol: Adults drink alcoholic beverages at dinner and base camp.

Which Kids Will Like It? Kids aged 13 and older who like action adventure movies based on true stories.

Will Grownups Like It? “Everest” is thrilling and sometimes heartbreaking from start to finish. Go see it.