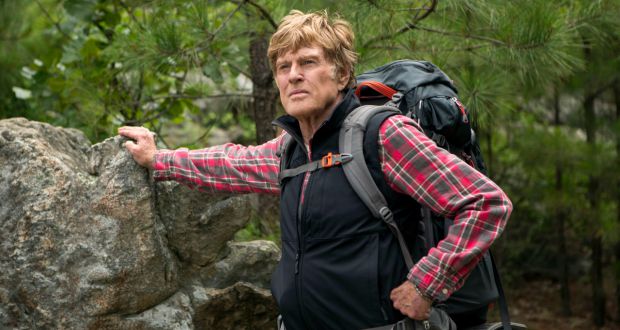 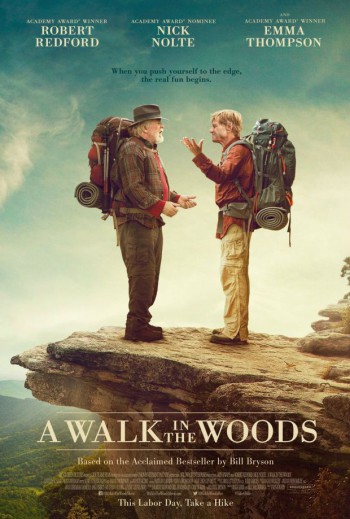 SYNOPSIS: After attending the funeral of a friend, Bill Bryson decides to reconnect with nature and go on an adventure – by hiking the Appalachian Trail with an old friend.

After many years of living abroad, Bill moves home to the United States and finds himself giving inane book tour interviews and attending the funerals of friends his own age. So he does what any curious adventurer would do – decides to hike the Appalachian Trail, all 2200 miles from Georgia to Maine.

But his wife Catherine (Emma Thompson) will only let him go if he finds someone to go with him. After many phone calls, Bill finds his walking partner in old friend Stephen Katz (Nick Nolte), a grizzled, recovering alcoholic, down-on-his-luck philanderer who, after a lifetime of relying on his charm and wits to keep one step ahead of the law, sees the trip as a way to avoid paying some debts and have one last adventure.

On their journey, the two hikers do their best not to die while encountering snow, rain, annoying fellow hikers (Kristen Schaal), hungry bears, angry husbands, and slippery ledges. Even though they have different definitions of the meaning “adventure,” the old friends stumble into some majestic scenery that reminds them how wonderful it is to be alive on this planet Earth.

“A Walk in the Woods” reminds me a little of “The King’s Speech,” in that its R-rating is partly for language (along with some sexual references), but otherwise, it’s a great movie with educational value about geology, plant life and astronomy, much as “The King’s Speech” was a wonderful history lesson.

Meanwhile, the other movie I saw over the weekend, “The Transporter: Refueled,” was rife with violence, language and sexual references from start to end, and it somehow managed to receive a PG-13 rating. The MPAA ratings are often a mystery like that.

At any rate, aside from one scene involving a sex act, I think “A Walk in the Woods” is ok for kids aged 17 and older. The movie easily walks that fine line between comedy and drama, and seeing Robert Redford and Nick Nolte on screen together is a delight.

I don’t know that it made me want to walk the Appalachian Trail myself, but I’d certainly drive to many of the lovely vistas the hikers encountered along the way. What a beautiful country we live in.

Sex/Nudity: Frequent sexual references and innuendoes, including a couple kissing in a car (the woman then disappears below the seat as the man is driving – implying oral sex). Some flirting. A married man resists a woman who makes eyes at him. An angry husband goes after a man who’s interested in his wife.

Violence/Gore: An angry man bangs on doors with a baseball bat and tries to start a fight. The hikers encounter bears and fall off a ledge at one point.

Drugs/Alcohol: Two minor characters drink and drive. A main character is a recovering alcoholic who carries a bottle of whiskey but resists drinking it.

Which Kids Will Like It? Kids aged 17 and older who like buddy comedies or are fans of Bill Bryson’s books.

Will Grownups Like It? It’s fun to see Nolte and Redford on screen together. I highly recommend checking out this movie.