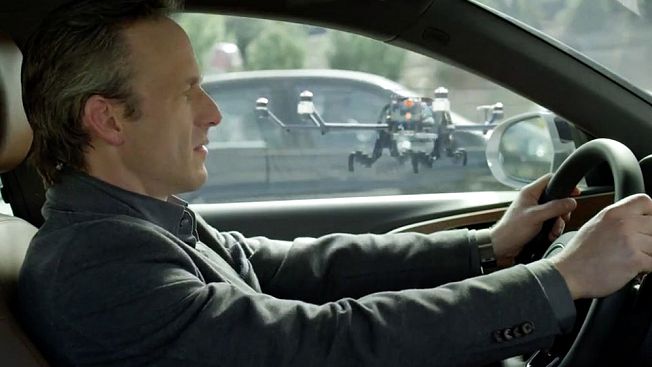 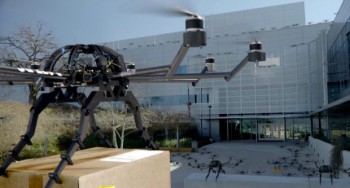 Every time I see Audi’s commercial called “The Drones,” I have to scratch my head over the premise.

The commercial, which pays homage to Alfred Hitchcock’s “The Birds” and Jeff Bezos’ eBay package delivery via drones, opens in an office building surrounded by menacing drones, ominously awaiting the terrified employees who are planning their escape.

A confident, take-charge guy tells them, “Don’t worry! All you have to do is remain calm and move slowly. Everything will be fine!” But once outside, the group panics and mayhem ensues. The guy, meanwhile, quietly slips into his 2016 Audi A6 sedan and commands Google Search to take him to the Bodega Beach House. Of course, you’ll recall that’s where “The Birds” took place in 1963.

I get what they’re going for. The drones, which are high-tech, are causing havoc and dive-bombing cars and people. But this guy is not afraid. Oh no, he will not be intimidated by modern technology. He cruises confidently to his destination thanks to voice-activated technology in his spiffy new Audi.

But if we follow “The Birds” storyline here, the scary drones will be terrifying humans at Bodega Bay, so why is he going there? What will happen when he gets there? If he gets out of his high-tech Audi, it won’t be able to save him from the deadly pecking of the drones. They’ll peck his eyes out!

Maybe his Audi has something more to offer? Like access to an underground tunnel so he can take refuge in his beach house? A full bar and a chef cooking up a gourmet dinner in the back seat? Peck-proof windows?

Maybe I’m too embedded in the movie industry to see the bigger picture here. What do you guys think of this commercial?