Our writer Danika McClure just wrote a great piece on the rampant whitewashing and stereotyping in the movie industry. It’s been going on for decades, and in many ways, we don’t seem to be making much progress.

She mentioned the upcoming film “Stonewall,” a drama directed by Roland Emmerich and written by Jon Robin Baitz. The plot revolves around the 1969 Stonewall Riots, the violent clash that kicked off the gay rights movement in New York City. It centers on Danny Winters (Jeremy Irvine), who flees to New York, leaving behind his sister. As he finds his way to the Stonewall Inn, he meets Trevor (Jonathan Rhys Meyers) before catching the eye of Ed Murphy (Ron Perlman), manager of the Stonewall Inn.

From the film’s Wikipedia page, “As Danny and his friends experience discrimination, endure atrocities and are repeatedly harassed by the police, we see a rage begin to build. This emotion runs through Danny and the entire community of young gays, lesbians and drag queens who populate the Stonewall Inn and erupts in a storm of anger. With the toss of a single brick, a riot ensues and a crusade for equality is born.”

Danika notes, “LGBTQ activists have been highly critical of the film’s casting choice, some even choosing to boycott the film, for  inaccurately depicting the Stonewall riots. Hardly surprising when you consider that Black transwomen and lesbians started the riots, but are seemingly absent from promotional materials and instead feature a white male lead.”

As a sidenote, I have to say, the “Stonewall” poster does nothing to depict what the movie is actually about. The tagline should read, “Hey, kids, let’s put on a show!” 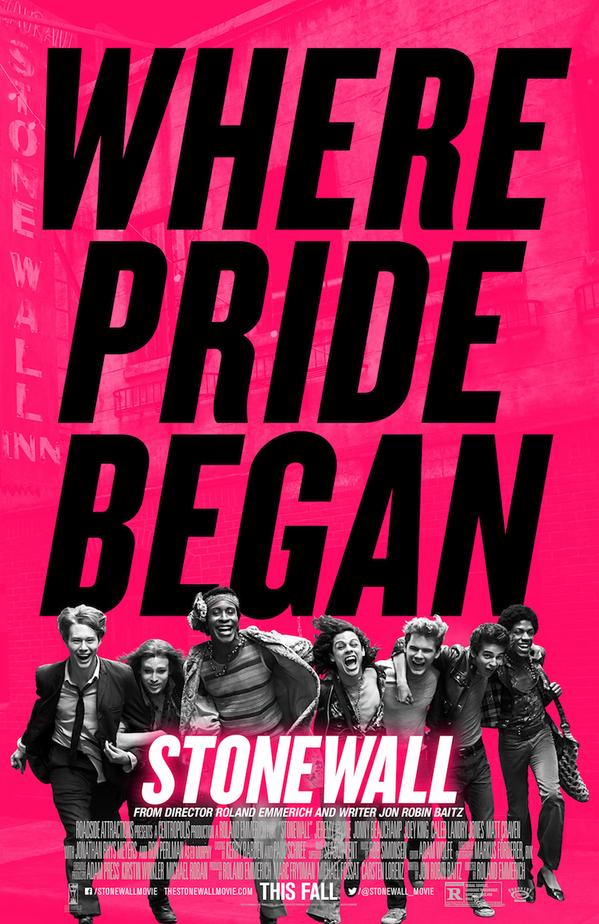 Watch the trailer and leave thoughts below.