It has been a while since we’ve seen Robert Redford in a comedy, and it’s about time. “A Walk in the Woods,” based on the book by Bill Bryson, also stars Nick Nolte, Emma Thompson, Mary Steenburgen, Nick Offerman, and Kristen Schaal.

Two “older” men, played by Nolte and Redford, decide to rekindle their friendship by hiking the Appalachian Trail. The trailer looks great. Check out the film when it opens next week on Sept. 2, 2015. 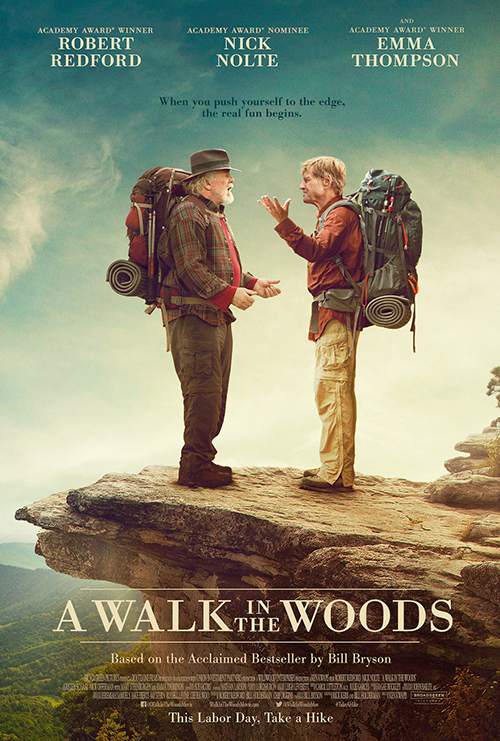