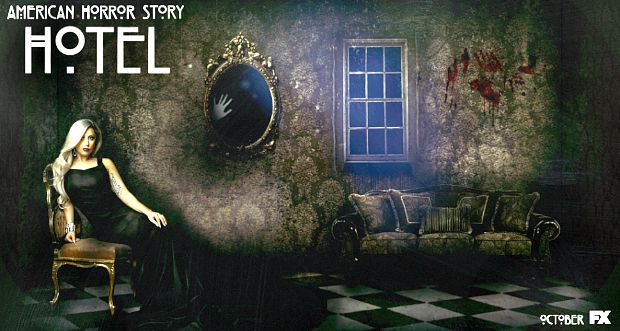 FX Networks recently announced a bunch of stuff, including premiere dates and pick-ups for “Fargo,” “American Horror Story,” “Cassius and Clay,” “The Strain” and more shows. Here’s the rundown:

FX picked up to series the comedy “Better Things,” starring Pamela Adlon and co-created and produced by Louis C.K. Adlon plays Sam, a working actor with no filter trying to earn a living, navigate her daughters’ lives, have fun with a friend or two, and also – just maybe – squeeze in some private time once in a while.

FXX picked up to series the animated comedy “Cassius and Clay,” and becomes the new home for the hit comedy “Archer.”

FX ordered season three of the hit thriller “The Strain.” 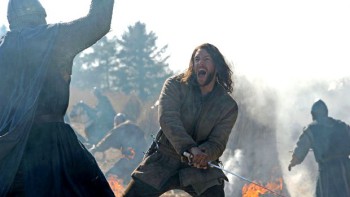 This medieval epic tells the story of Wilkin Brattle (Lee Jones), a 14th century warrior whose life is forever changed when a divine messenger beseeches him to lay down his sword and lead the life of another man: a journeyman executioner.

Set in northern Wales during a time rife with rebellion and political upheaval, Wilkin must walk a tight rope between protecting his true identity while also serving a mysterious destiny.

Guided by Annora (Katey Sagal), a mystical healer whose seeming omniscience keeps Wilkin under her sway; manipulated by Milus Corbett (Stephen Moyer), a devious Chamberlain with grand political aspirations; and driven by a deepening connection with the Baroness Lady Love Ventris (Flora Spencer-Longhurst), Wilkin struggles to navigate political, emotional and supernal pitfalls in his quest to understand his greater purpose.

Murphy says this will be a much darker season of AHS than previous ones (which, ok … wow), and his inspiration comes from old hotel horror films and actual hotels in downtown Los Angeles with reputations of sinister events, including The Cecil in Los Angeles, where the death of 21-year-old Canadian student Elisa Lam occurred. Murphy had watched a surveillance video of Lam in the hotel, in which she displayed erratic behavior just hours prior to her supposed death.

The writing for Hotel also includes Murphy’s personal phobia and fears, which he says haven’t been explored since the first season.

The upcoming season that we’re doing is much more horror-based; it’s much more dark. It’s about a theme and an idea that’s very close to my heart that I’ve always wanted to do that’s a little bloodier and grislier, I think, than anything that we’ve done before; it’s straight horror this year.

Murder House, I thought, was a very primal season because everybody’s great fear is about the bogeyman under the bed in their house, and this feels similar to me in that when you check into a hotel, there are certain things beyond your control. Other people have the keys to your room; they can come in there. You’re not exactly safe, it’s a very unsettling idea.

Co-creator Brad Falchuk explains that like the first and second season of the series, “Hotel” will explore the “trapped” horror trope, though the actions would not be limited to just the hotel.

“This season, the horror is sneaking out of the hotel,” says Falchuk, explaining that the plot would revolve keeping the hotel in the center, with a more noir like ambience. “Hotel” will also connect to previous seasons of the series, with older characters appearing in the hotel from around episodes 6 and 7.

The story follows state police officer Lou Solverson (Wilson), just back from Vietnam investigating a crime involving a local gang and crime syndicate, and being assigned to protect then-Republican presidential candidate Ronald Reagan during his campaign stop in Fargo.