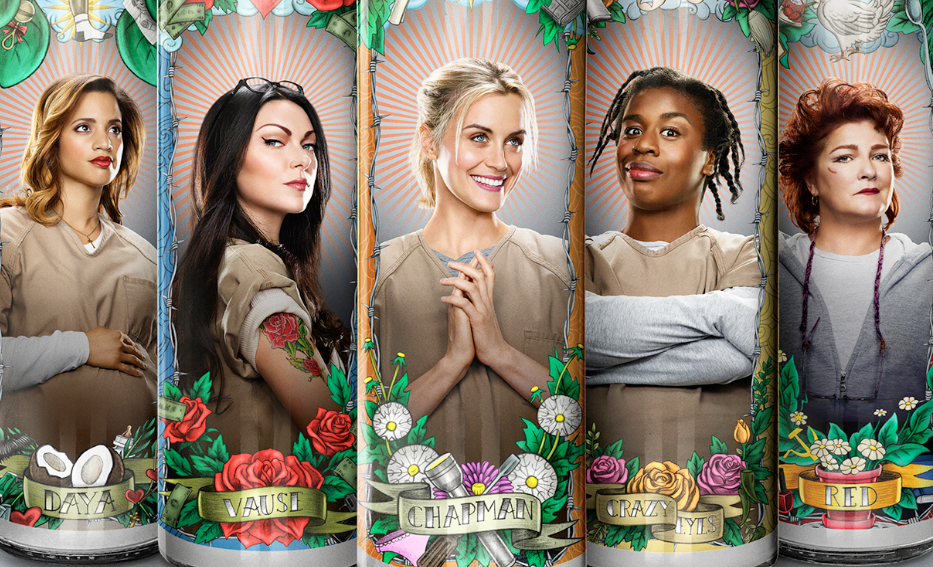 Show producer Jenji Cohen has done a lot of groundbreaking work over the past few years. Her television show, “Orange is the New Black” is by far the most diverse television series, with characters spanning the race, gender and LGBTQ spectrums. Premiering the same year as “House of Cards,” “Orange is the New Black” helped establish the online streaming service as a production powerhouse.

And its commercial and critical success is wildly important, given that film execs seem to believe the only way for a television show to succeed requires having a male lead that steps slightly out of his comfort zone. But more importantly, the television show has prompted real conversations about society at large, including issues of racial privilege, life after incarceration, and discrimination.

Taystee is granted release in season one of the show after a successful parole meeting, and she quickly learns that adjusting to civilian life after prison is a difficult process. She purposefully violates her probation in order to be put back in Litchfield less than a month after her original release. Taystee’s character is one example of a pertinent problem in the prison system, recidivism.

Many employers have a zero tolerance policy for the hiring of ex convicts, which excludes a significant portion of the population for upward mobility after leaving prison. According to Ann Buchholtz, Professor of Leadership at Rutgers University, one in four adults in the United States has some sort of criminal record. It makes sense then, that recidivism rates are as high as they are, a staggering 67.8 percent, according to the National Institute of Justice. With 25% of the adults being passed over for work, it comes as no surprise that many convicts slip back into bad habits, can’t keep up with the sometimes grueling work needed to avoid parole violations, or in Taystee’s case, choose the sometimes more stable life that prison offers.

In season three, we see the effects of the prison industrial complex as Litchfield is privatized in order to keep its doors open. Certain inmates are assigned new jobs based on a psychological test, which determines whether or not the inmates possess the mental capacity to do this new job. Inmates in the new position make ten times as much as the general prison population at a pathetic $1.00 per hour wage. While drama is more low key in the third season (really, how do you follow up with a villain like Vee?), budgets and the prison industrial system are portrayed as the real enemy to these prisoners.

Through this narrative, we’re able to see some of the cruel realities of the prison industrial complex from the inside, which are typically left out of cultural discourse. Disparity in pay, psychological issues caused by psychoanalytical tests, untrained officers that are ill equipped to deal with prison emergency, an impersonal approach to inmate rehabilitation and conflict, terrible meals, and the implication that the corporation plans on filling beds (which in turn means arresting more people) are just a few of the issues called into question in the show’s dialogue.

If there is one thing “Orange is the New Black” does expertly, it’s the handling of various representations in the LGBTQ community. Most compelling and heartbreaking is Sophia Burset’s experience as a trans woman. Her story arc in season three of the show especially highlights the difficulties of being a trans woman in the prison system, as she is thrown into solitary confinement “for her own protection” after several other inmates initiated a fight with her because of her gender identity. The actress who plays Sophia’s character, Laverne Cox,  spoke to her character development in season three, saying,

What I think is so brilliant about Sophia’s story line and that particular moment — and what Jenji Kohan and our writers came up with — is that it shows the truth of the experience that a lot of transgender folks have in prison every single day. Far too often, trans people who are incarcerated are placed in solitary confinement allegedly for “our protection.” And sometimes trans women are placed in men’s prisons, where they put us in solitary confinement, which is cruel and unusual punishment allegedly for our protection. So when the writers came up with this, it’s from reality. This is what happens to so many transgender people who are incarcerated every single day.

Cece McDonald is one such real life example of someone who has lived through this treatment because of her gender identity. She spent 19 months of a 41-month prison sentence in a men’s prison after defending herself against a racist and transphobic attack. At three different points during her incarceration, she was placed in solitary confinement for “her own protection.”

Season two produced yet another example of a largely unaddressed issue, where we see an elderly character released on what is known as compassionate release. Jimmy, a woman suffering from dementia, manages to “break out” of the understaffed prison in search of her missing husband, and after being recaptured, jumps off of the chapel stage, believing it to be a swimming pool. The staff at Litchfield prison determine that Jimmy is too much of a financial expense and release her as though she were an average inmate, leaving her at the bus terminal.

Though the way they portray compassionate release has been disputed by some, it does bring other issues worth exploring to light — mental illness, incarceration and their connections to homelessness, as the three issues are mutual risk factors for each other. Studies by Kelly Schwend, professor at Bradley University, report that a high percentage of the homeless population are single adults with a variety of complex medical, mental health and addiction issues. She also sites that the homeless population experience higher mortality rates than the general population, which makes the older women’s sentiments of “[Jimmy will] be dead in a week” all the more heartbreaking.

One of the most obvious instances of white privilege and race relations in the show happens in season two when Piper is granted furlough to go visit her grandmother. Throughout the series, we hear echoes of “nobody gets furlough,” but the show offers furlough to our white hero from Connecticut. At one point Piper mentions the idea of the prison “having a heart” after all, but what we really see are people who have been denied furlough when their husbands were getting open heart surgery or parents were dying in the hospital, but this is just one small example of Piper’s privileged identity in prison.

Additionally, unlike most of her fellow inmates, Piper’s fate was not a byproduct of her race or class, rather her incarceration was a direct result of wrongdoing. Piper did not inherit a propensity to participate in illegal activity like Daya, whose mother is in prison.  And when Piper leaves prison, she will have a wealthy support system to fall back on, unlike Taystee.

“Orange is the New Black” is an exceptional example of good television that reflects the culture, and it’s a shame that it’s one of the only shows in existence that seeks to “normalize” women’s experiences. Through the representation of all kinds of women in the show, thought provoking dialogues between characters, and socially relevant plotlines, the show offers a unique viewing experience that allows for a platform to discuss sensitive issues surrounding race, class, sexuality, gender, and the criminal justice system.