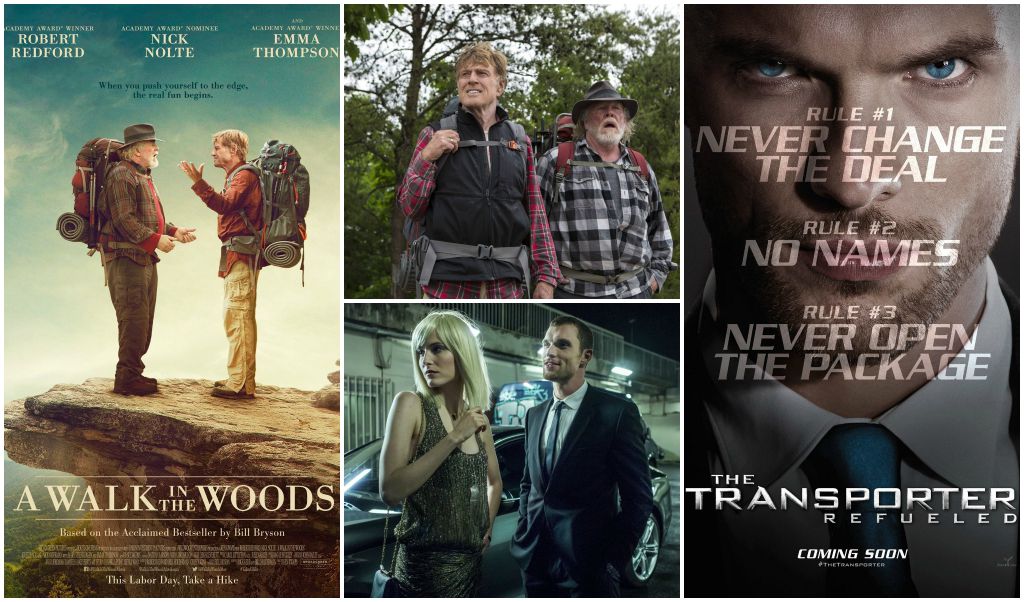 This week at the movies, Nick Nolte and Robert Redford take “A Walk in the Woods” and Ed Skrein takes on the iconic role of Frank Martin in “The Transporter Refueled.”

Limited release movies include “Before We Go,” “Dragon Blade,” Steve Jobs: Man in the Machine,” “Dirty Weekend” and “Break Point.” Let’s take a closer look at the wide releases.

A WALK IN THE WOODS 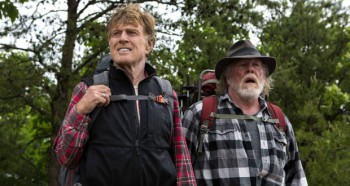 Ken Kwapis directs this comedy adventure starring Robert Redford as celebrated travel writer Bill Bryson. Instead of retiring to spend time with his family and loving wife Catherine (Emma Thompson), he decides to hike the Appalachian Trail – 2200 miles of rugged countryside from Georgia to Maine.

But peace and tranquility eludes him, as he’s accompanied by the only person willing to join him on the trek – his long lost friend Katz (Nick Nolte), a down-on-his-luck philanderer who, after a lifetime of relying on his charm and wits to keep one step ahead of the law, sees the trip as a way to sneak out of paying some debts and have one last adventure.

But the traveling buddies have a completely different definition of the word “adventure.” Based on the book by Bill Bryson, this movie also stars Mary Steenburgen, Nick Offerman and Kristen Schaal.

PG-13 for sequences of violence and action, sexual material, some language, a drug reference and thematic elements | In Theaters 9/4 | Ok for Kids 15+ | EuropaCorp | Reel Preview: 3.5 of 5 Reels | The Transporter Refueled

When Frank’s father (Ray Stevenson) pays him a visit in the south of France, their father-son bonding weekend takes a turn for the worse when Frank is engaged by femme fatale Anna (Loan Chabanol) and her three seductive sidekicks to orchestrate the bank heist of the century. Frank must use his covert expertise and special skills to outrun a sinister Russian kingpin.

From the producers of “Lucy” and the “Taken” trilogy, this movie reboots the high-octane franchise into the 21st Century.