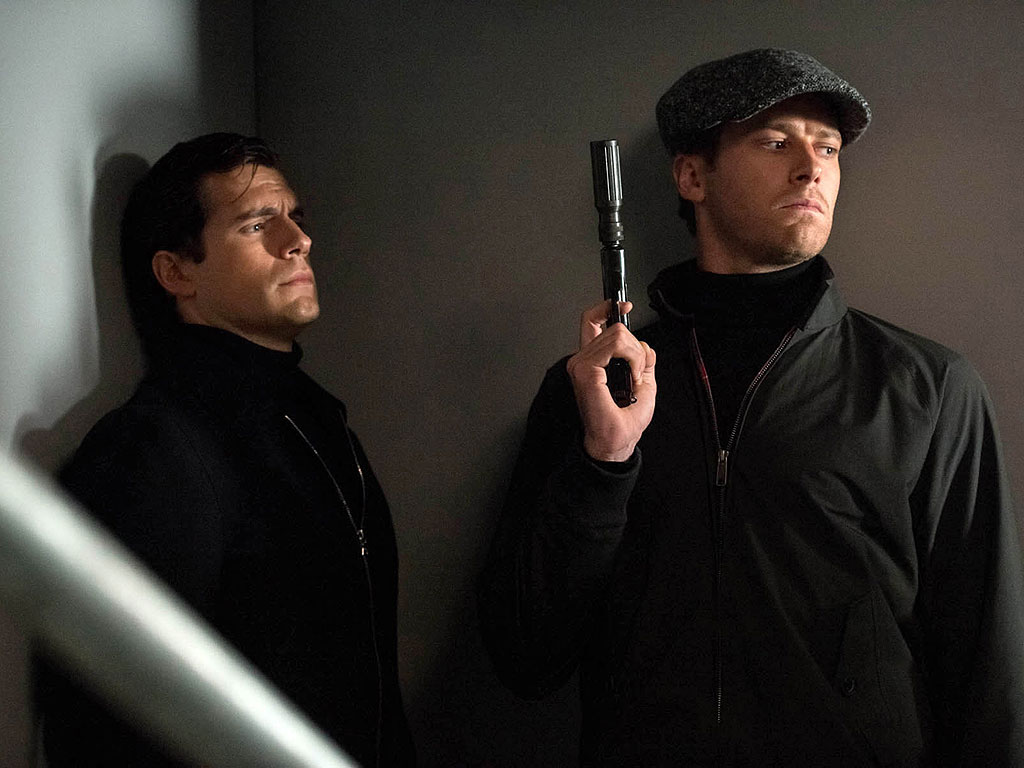 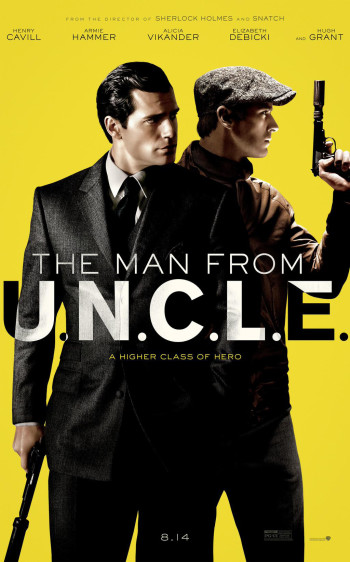 PHOTOS: New York Premiere of “The Man From U.N.C.L.E.”

SYNOPSIS: Based on the classic TV show, this slick movie takes place in the early 1960s, with CIA agent Napoleon Solo and KGB operative Illya Kuryakin participating in a joint mission against a mysterious criminal organization working to proliferate nuclear weapons.

REVIEW: If you were around in the 1960s when “The Man From U.N.C.L.E.” aired on NBC, you no doubt fondly recall this show that set the standard for suave, stylish spy capers. The series ran from 1964 to 1968, and immediately earned its status as a cultural icon that’s still talked about to this day.

This movie reboot is just as stylish, boasting iconic clothes, cars and music from the 1960s era. And because it’s set in the 1960s, it’s all old-school maps, roll-up car windows, dial phones, and push-button transistor radios in the cars. Not a cell phone in sight, and it’s utterly refreshing.

And when a movie opens with Robert Flack’s jazzy rendition of “Compared to What,” off her debut album “First Take” in 1969, you know good things are in store for the next two hours.

The story once again takes place in the Cold War era of the early 1960s, with debonair American spy Napoleon Solo (Henry Cavill) on a mission to transport an East German mechanic, Gaby Teller (Alicia Vikander), over the Berlin Wall to West Germany.

Hot on their trail is Illya Kuryakin (Armie Hammer), a Russian spy possessed with superhuman strength, speed and focus. Soon after the rescue, Napoleon and Illya are partnered up, with the assignment to use Gaby to infiltrate an Italian shipping company that’s thought to be keeping her father, a famous German physicist, hostage in order to build a nuclear bomb. The trio heads to Italy on their mission, but their mutual distrust results in lots of snappy banter and competition, sometimes with hilarious consequences.

Guy Ritchie, who wrote and directed this film, is becoming known for fun thrillers like the “Sherlock Holmes” franchise, and this one doesn’t disappoint. As Napoleon Solo, Cavill is equal parts James Bond and Thomas Crown, with calm, measured speech and beautifully-tailored bespoke suits. He’s one smooth operator, and he loves the ladies, as well.

As Illya Kuryakin, Hammer gets to play the heavy here – a KGB spy with anger management issues and a no-nonsense attitude. That’s why his pairing with the resourceful and beautiful Gaby is sheer brilliance (they’re assigned to play a loving couple about to be married). I also love that SHE is the gearhead in this movie, which makes her an anomaly in that time period.

Blessed with beautiful cinematography, an inspired soundtrack (Nina Simone, Solomon Burke and Daniel Pemberton are among the artists), gorgeous costumes, and snappy banter, not to mention the “look” and “feel” of the original TV series, “The Man from U.N.C.L.E.” is a really fun “popcorn” movie. Oh, and Hugh Grant plays Mr. Waverly, the head of the newly-formed “U.N.C.L.E.” group! Veteran English actor Leo G. Carroll played the character in the TV series, and I can’t think of anyone better to take on the role than Grant.

I only hope we’ll see more films in this franchise. How about a “Girl From U.N.C.L.E.” movie? Noel Harrison passed away in 2013, but I bet Stefanie Powers is available.

Sex/Nudity: Napoleon Solo is a chronic womanizer who sleeps with at least two women in the film. A woman is shown in lacy, see-through underwear and no top as she walks away from him. The sex is off-camera, but there’s kissing and moaning. Sex references include “I gave it all I’ve got” and “all turned on now.” Illya and Gaby pose as an engaged couple. They sleep in the same hotel room and one scene of dancing, wrestling and roughhousing nearly results in a kiss.

Violence/Gore: Violence throughout includes brawls, shoot-outs and fist-fights, but nothing gory is shown. A man is tortured on an electrocution table, but survives. Another is actually electrocuted, with smoke and fire shown in the background. A truck lands on a boat, causing mayhem, but no bodies are shown. A character nearly drowns.

Will Grownups Like It? “The Man From U.N.C.L.E.” is a stylish reboot of the classic TV series. Go see it, especially if you remember the TV series.