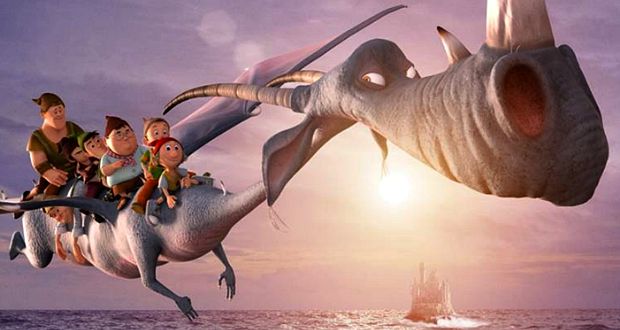 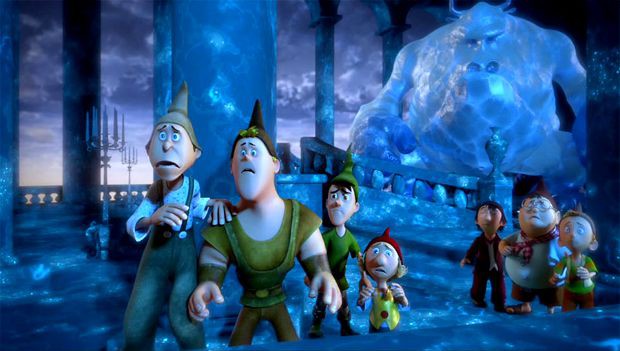 Norm MacDonald may be taking the Internet by storm this week with his portrayal of Col. Sanders in a new KFC commercial, but for kids, it’s all about “The Seventh Dwarf,” a sweet movie from Shout Factory in which MacDonald voices a character.

The family movie had a limited theatrical release in July, and as of this week, it’s available on DVD, Two-Disc Blu-ray 3D Combo Pack (Blu-ray 3D and 2D, DVD, Digital Copy) and Digital Download in stores and online.

Packed with favorite storybook characters and a winged dragon, the story is a hilarious mash-up of the best classic fairytales and includes lots of fun songs that little ones will love. It’s the eve of Princess Rose’s 18th birthday, and everyone in the kingdom has come to Fantabularasa (say that five times fast) Castle to celebrate, including Snow White, the Seven Dwarfs, Cinderella and Red Riding Hood.

But just before the stroke of midnight, Bobo, the youngest dwarf, accidentally pricks the finger of Princess Rose (a.k.a. Sleeping Beauty) with a cursed needle and sends the kingdom into a century-long slumber! To find Rose’s true love Jack to save her with a kiss, Bobo and the other six dwarfs must go on a treacherous journey, face a fiery dragon and outwit the jealous, scheming and evil witch, Dellamorta!

At 88 minutes long and rated PG for thematic elements and some suggestive material, “The Seventh Dwarf” features gorgeous animation, catchy songs, and a compelling story that blends classic fairytales with a modern adventure. And I think grownups will love it just as much as kids. Don’t miss it!

Check out an exclusive clip for “The Seventh Dwarf,” and below that, the trailer.