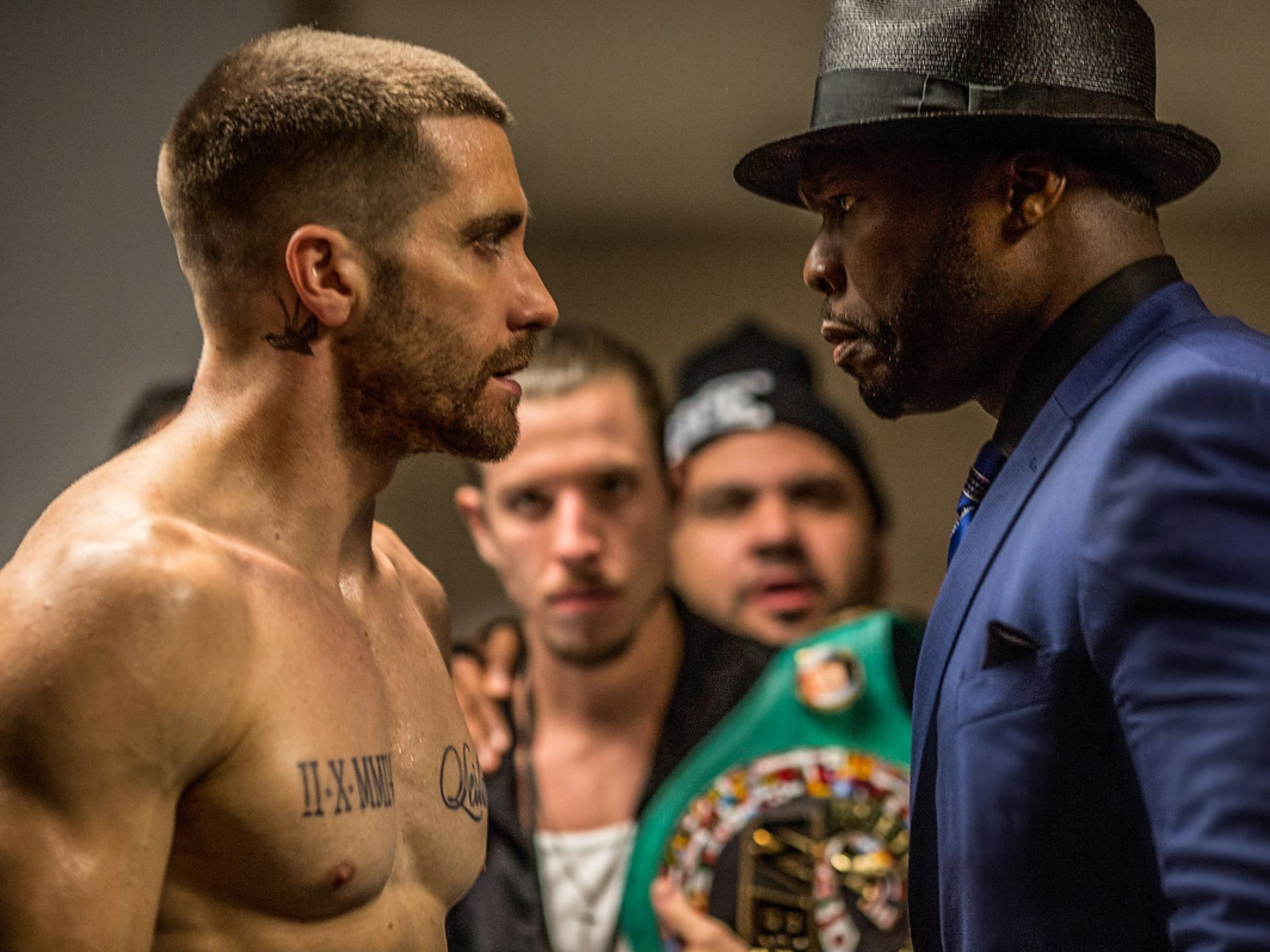 This week at the movies, Djimon Hounsou takes on a demon in “The Vatican Tapes,” Peter Dinklage and Adam Sandler fight aliens in “Pixels,” Jake Gyllenhaal fights his way back in “Southpaw,” and Nat Wolff solves a mystery in John Green’s “Paper Towns.”

Limited releases movies this week include Cobie Smulders in “Unexpected” and  Omar Sy in “Samba,” reuniting him with “The Intouchables'” directing duo Olivier Nakache and Eric Toledano. Let’s take a closer look at the wide releases.

Directed by Mark Neveldine, this horror-thriller follows the haunting tale of 27-year-old Angela Holmes (Olivia Taylor Dudley), an ordinary girl who begins to have a devastating effect on anyone close to her.

The local priest, Father Lozano (Michael Peña), examines Holmes and believes she’s possessed, but when Vicar Imani (Djimon Hounsou) and Cardinal Bruun (Peter Andersson) are called from the Vatican to exorcise the demon, it proves to be an ancient satanic force more powerful than they imagined.

It’s a challenge coming up with something new in the way of demon movies, but this one boasts a stellar cast and compelling script.

While not as family-oriented as the name suggests, “Pixels” is fun for teens and grownups.

Billy “The Great” Hope (Jake Gyllenhaal) is the reigning Junior Middleweight Champion with a beautiful family, home and financial security — until a tragic accident leaves his wife dead and sends him into a downward spiral. His days now an endless haze of alcohol and prescription drugs, his daughter taken by Child Services, and his home repossessed by the bank, Billy’s fate is all but sealed until a washed up former boxer named Tick (Forest Whitaker) agrees to take the bereaved fighter under his wing, as long as he agrees to his strict ethos.

Now, as he works to regain custody of his daughter and mount a professional comeback, Billy must face his demons head-on as he learns that sometimes your greatest opponent can be yourself. Directed by Antoine Fuqua, written by “Sons of Anarchy” helmer Kurt Sutter and Richard Wenk, and featuring new music from Eminem, this movie also stars Rachel McAdams, Rita Ora, Naomie Harris, Tyrese Gibson, Curtis “50 Cent” Jackson and boxer-turned-actor Victor Ortiz.

Excellent direction, script and performances make this a must-see movie.

Directed by Jake Schreier (“Robot and Frank”) and based on the book by “The Fault In Our Stars” author John Green, “Paper Towns” is a coming-of-age story centering on Quentin (Nat Wolff) and his enigmatic neighbor Margo (Cara Delevingne), who loves mysteries so much that she becomes one.

After taking him on an all-night adventure through their hometown, Margo suddenly disappears, leaving behind cryptic clues for Quentin to decipher. The search leads Quentin and his quick-witted friends on a quest that’s equal parts funny and touching. To track down Margo, Quentin must find a deeper understanding of true friendship and true love.