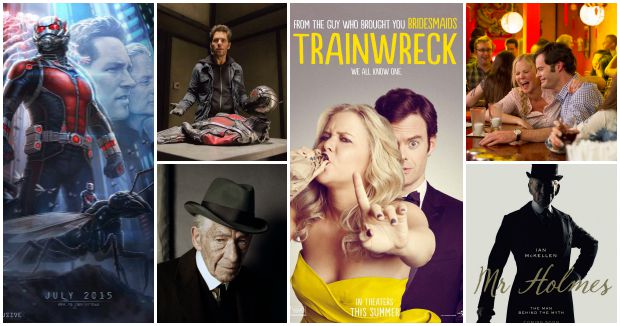 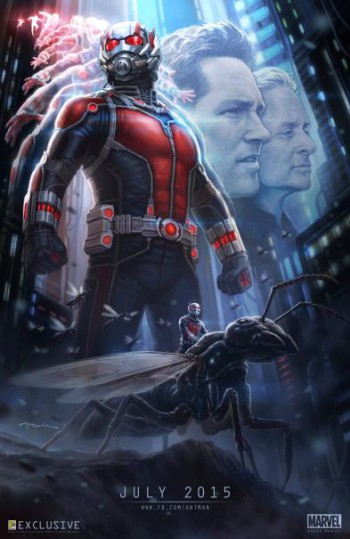 This week at the movies, Paul Rudd fights villains as “Ant-Man,” Amy Schumer is a “Trainwreck,” and Ian McKellen plays an aging “Mr. Holmes” (that would be Sherlock).

The next evolution of the Marvel Cinematic Universe brings a founding member of The Avengers to the big screen for the first time.

Armed with the ability to shrink in scale but increase in strength, master thief Scott Lang (Paul Rudd) must embrace his inner-hero and help his mentor, Dr. Hank Pym (Michael Douglas), protect the secret behind his spectacular Ant-Man suit from a new generation of towering threats. Against seemingly insurmountable obstacles, Pym and Lang must plan and pull off a heist that will save the world.

Comedian Amy Schumer is having a moment, and this Judd Apatow-directed comedy is inspired by some of her real-life experiences as she plays a commitment-averse woman trying to get past her self-sabotaging ways. Written by Schumer, “Trainwreck” also stars Bill Hader, Brie Larson, Tilda Swinton, Colin Quinn, John Cena, Ezra Miller, Daniel Radcliffe and Marisa Tomei.

Directed by Bill Condon and based on Mitch Cullin’s novel “A Slight Trick of the Mind,” this movie begins in 1947 when an aging Sherlock Holmes (Ian McKellen) returns from Japan where, in search of a plant with powerful restorative qualities, he has witnessed the devastation of nuclear warfare.

Now in his remote seaside farmhouse, Holmes faces the end of his days tending to his bees with only the company of his housekeeper (Laura Linney) and her young son, Roger (Milo Parker). Grappling with the diminishing powers of his mind, Holmes comes to rely on the boy as he revisits an unsolved case which forced him into retirement and searches for answers to the mysteries of life and love – before it’s too late.

One Reel – Even the Force can’t save it.
Two Reels – Coulda been a contender
Three Reels – Something to talk about.
Four Reels – You want the truth? Great flick!
Five Reels – Wow! The stuff dreams are made of.