Set in the stark, hot outback, “Strangerland” lives up to its title. I can’t say that I cared much about any of the characters. That’s tough when the leads are a couple whose two children go missing.

Kidman and Fiennes play a married couple who seem to have little relationship left, and they don’t appear to have a particularly close relationship with their kids either.

During the course of the film, we watch Kidman’s character become unhinged. To her credit, this is the most interesting aspect of the movie. 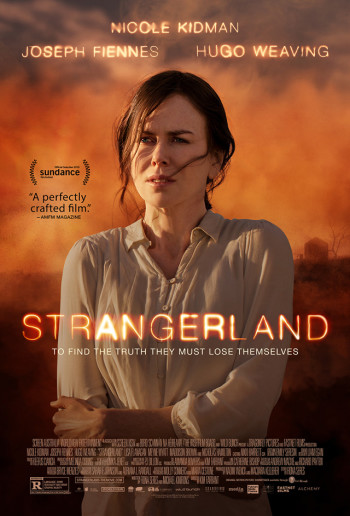 Unfortunately, the rest of the narrative doesn’t live up to the quality of the actress’ brave performance. The audience is forced to endure much of the same waiting that the central couple endures. Yes, our waiting is considerably condensed compared to the amount of time the parents would have actually lived in mystery about their children’s whereabouts. It just feels as though we’re waiting as long.

It’s odd to care so little about people who have lost their children, but the movie just never seems to let us in enough for us to become invested in what happens.

The ending provides both a resolution and ambiguity, but the end result leaves you wondering the point that the filmmaker was trying to make.

I wish I could recommend this movie since it has an excellent cast. If you’re a huge fan of any of the actors, check it out. Otherwise, I’m afraid I have to suggest you skip it. “Strangerland” opened in theaters on July 10, 2015 and is currently available on demand.