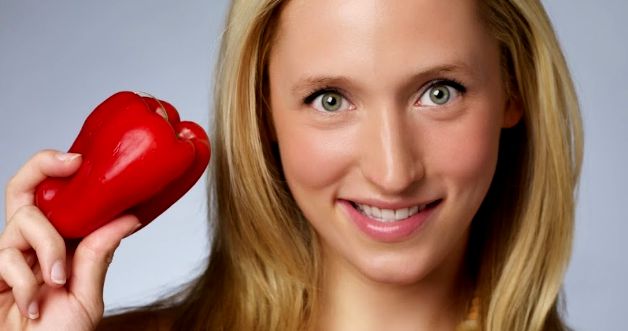 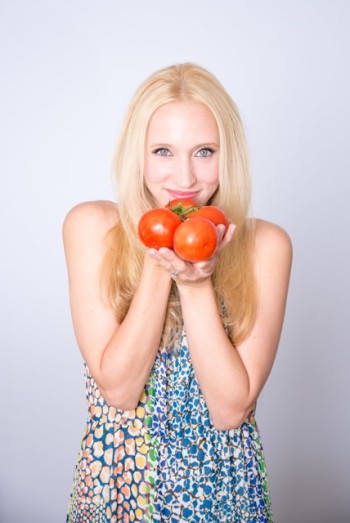 I had to make a confession to Nikki Dinki, the co-host of The Junk Food Flip with Bobby Deen on The Cooking Channel. I was talking to her on the phone while I was sitting in a McDonald’s, waiting for my daughter to get out of work. I felt guilty and I wasn’t even eating any fries (yet). But when you’re interviewing someone whose livelihood it is to take the guilt, and the calories, out of junk food, your wrongdoings just spew out, like the last bit of jelly in that doughnut you snuck in at breakfast.

Nikki chuckled, but didn’t judge (thank goodness). I was excited to interview her. I had rooted for her on Season 9 of “Food Network Star” in 2013, a competition that she didn’t win, but an opportunity that she hasn’t squandered.

Do you look back and think about how far you’ve come, even though you didn’t win?

It wasn’t that many years ago that I first thought I would put a video on YouTube. I’m not a chef, but I thought I could make them fun. And I remember that there were times that nobody would pay attention to anything, but I knew I could do it. I really remember where it all started and I always thought if you put enough time into something, you’ll get it.

Season 11 of “Food Network Star” is now underway. Do you watch and think back to when you were on it?

I always have time for “Food Network Star.” It was traumatic, amazing, exciting, overwhelming and super stressful to be on the show. They are the same kitchens, and when I’m watching I’m remembering how I tripped over that spot (she laughs). I was pretty devastated that I didn’t win, but I did get my end goal. For me, it was so important to have that exposure and have it on my resume, especially not coming from a culinary background. It’s just really great to say I was on the Food Network. It really did help to establish where I am now.

Tell us about your new show, “The Junk Food Flip.”

The Cooking Channel was looking for hosts, and Bobby wasn’t my original co-host, but he had a similar pilot to “Junk Food Flip,” so they felt the combination of the two of us was the best of both worlds. He makes meals healthy and has been living and cooking this healthy lifestyle. We each bring a different perspective and nutrition focus, but we didn’t really know each other until we started shooting.

We go to restaurants and find their signature item that is around 1700 calories, and we tell them that we think we can make it healthier. It’s a lofty promise because we’re dealing with locals who know and love their food. For example, we took on a barbecue that was smoked for 14 hours. It’s hard to compete against that.

The first dish we took on was a deep fried jalapeno and cheese hamburger. It was rolled in breadcrumbs and fried. Our version was with potato chips for crunch, but it only took 4 potato chips, which isn’t a big deal, but our version is 1000 less calories.

How do you make food healthier?

When I look at making something healthier, I focus more on upping the vegetables, and it’s more than just cutting calories with low-fat this or that. I’ll use full fat cheese, just less of it to make a dish more flavorful. My new book is called “Meat on the Side” and it’s no more than four ounces of meat. The veggies should be the star of the plate.

You’ve come a long way since your younger, “Picky Nikki” days when you only survived on a few foods.

I was one of five children and until I was 20, I literally survived on bread, cheese, bagels, ramen noodles, toast with butter and plain pasta noodles. I didn’t eat a single vegetable or protein until I was 20. I felt like crap. I would try to swallow a normal meal at a new restaurant and all I could eat was the bread. But then I tried a tomato and I went from liking it to craving it. You can change at any point in your life. You get used to new flavors. I started to become more health conscious and ate more nutritiously, including vegetables, and I started eating meat later. I have a tendency to cook like a vegetarian and then, at the very end, add meat. My life is so different now.

Tell me about your book.

It will be out in 2016, and I put beyond my heart and soul into the recipes and stories. I’ve been involved in every step, including the pictures and design. It was a labor of love.

For more information, check out Nikki Dinki’s website and “Junk Food Flip,” which airs every Friday at 12 p.m. ET on the Cooking Channel.

Are you a fan? Tell us what you love about Nikki Dinki or “Junk Food Flip” in the comments below!