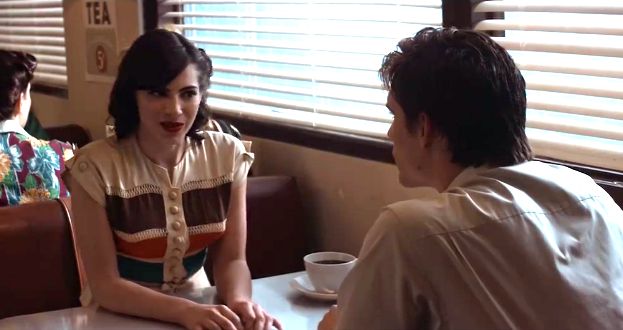 I’ve been impatiently awaiting the arrival of the “Twilight” mini-movies, and guess what? They’re here! As in, right below this text!

While I miss the original actors (they are, after all, off doing other things), the films give us the backstory of some of the characters. They’re beautifully shot, but dark. We’re talking grim asylums and bloody battle fields dark.

But they’re great additions to the “Twilight” canon, and they’ll hopefully pave the way for more feature-length films. As Lionsgate’s Michael Burns said, these “Twilight” mini-movies are “just the beginning — a template, if you will.” Ok then!

Take a look and leave comments below. What’s your favorite “Twilight” mini-movie? And would you like to see more feature-length “Twilight” films?

Plot: Set during Alice’s human days at the Pearl River Lunatic Asylum, a vampire groundskeeper looks out for Alice’s best interests as she is haunted by her gift of foresight. Alice is tormented by visions of her own death at the hands of vampires, and when the groundskeeper is convinced there is no other way to save her, he turns her into a vampire.

Plot: This succession of flashbacks takes us back to Benjamin’s human past in Egypt and breathes life into the epic love between him and Tia. We follow Benjamin through mastering his conjuring powers, becoming a vampire and surviving his tough youth pickpocketing on the streets of Cairo with Tia by his side. We are also treated to the moment when Tia decides to becoming a vampire to escape her unhappy life and spend an eternity by his side.

Writer and Director: Written and directed by Lindsey Hancock Williamson.

Plot: Set in 1781 in Yorktown, Virginia during the war, this story traces the beginnings of Carlisle’s long-standing relationship with Garrett. A tale of battlefield injustice and the brotherhood of being a vampire is a touching, albeit bloody, tribute to friendship and integrity.

Writer and Director: Written and directed by Kailey and Sam Spear.

Plot: By far the darkest of the mini-movies, this film once again places Alice in a mental institution being forced to undergo electric shock treatment for her “delusions.” In a series of increasingly troubling flashbacks, we are shown Alice’s childhood and learn about the horrifying circumstances of her mother’s death.

Plot: A young Jane and her twin brother Alec are viewed in suspicion by their 9th century village and eventually blamed for crop failure, child deaths and pestilence. The young children are dragged to be burned at the stake, but there is hope in the distance in the form of the vampire Aro, who they met when they were younger.

Plot: A romantic comedy that centers around Alice’s second sight, this sweet short is for all Jasper and Alice shippers. During what appears to be their first meeting, Alice uses her powers to manufacture the perfect date, and a carefully calculated kiss saves the day and seals the deal on their love at first sight moment.

Plot: After her transformation, Esme’s thirst for blood is intensified by her painful memories, but Carlisle refuses to let her feel alone and guides her hand through this turbulent time.