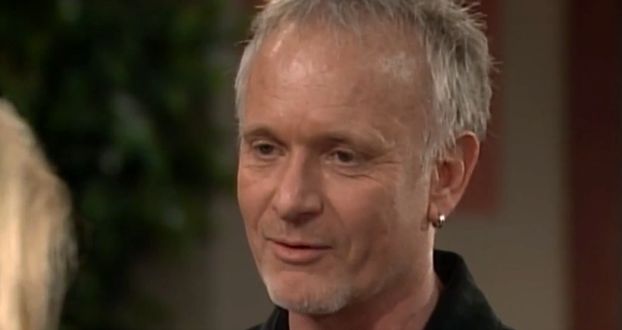 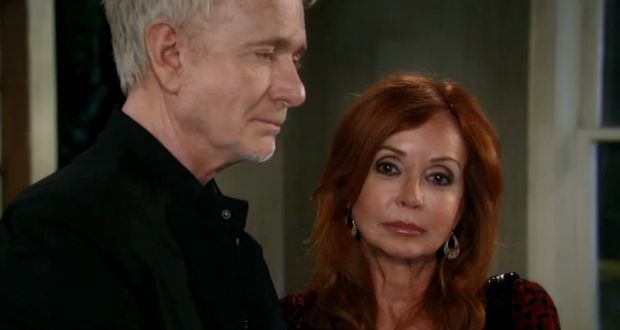 Oh, GH, you’re trying to break my heart. Luke is heading out into the sunset after tearful goodbyes with many people (but curiously not all – does Laura not get to say goodbye? Or Carly? Or Lulu? Or Sonny?). I enjoyed the final scene with Bobbi (and the awesome flashback!) and especially the exquisite scene with Tracy – this was so well done and so heartbreakingly acted. A golden moment.

I don’t understand at all why he got a long scene with Michael – he really had no relationship with him to speak of. The moment on Friday when Luke left the Elm Street house and looked right into the camera was a biggie – he got to say goodbye to the viewers, which was a lovely moment. Thanks for that, GH. The fans deserved that.

It seems Luke has one last hurrah on Monday, and that’s it for him. I’ll be watching that for sure. I’m sad to see him leave. The show will truly never be the same without his presence.

The freaking out of Nina has continued, and Ric and Madeline have her so crazy she’s ready to confess about the kidnapping to Nathan. I’m not worried – I think Silas is going to jump in and admit he did it to clear her (Ava/Denise won’t like that!). Nathan running off to check on Nina left Madeline sitting alone with Maxie. I’m hoping Maxie will smell a rat with Madeline during their conversation.

Dante and Lulu are on tenuous ground. They’re trying to stay together, but simply too many people now know that Dante slept with Valerie, I think – Jordan and Nathan. That secret will come out for sure, and Lulu’s gonna pitch a fit, in her very California vocal fry (I sometimes think she is a small, blond member of the Kardashian clan). Valerie annoys me lately since she’s always mooning around.

Jake still doesn’t know he’s Jake, even though he now has two sons climbing all over him, with little Jake back in town. Laura now knows who he really is, but Nik has persuaded her to keep quiet. I keep waiting for the lid to blow off this one, GH, and I fear it’s going to be really anti-climactic when it finally does.

Laura was on the verge of telling Scotty about what’s going on when Friday’s episode ended. I enjoy the two of them together. Weren’t they married for like five minutes the last time Laura was in town? Maybe they’ll get together again.

Carly is in panic mode trying to figure out where Joss’s kidney came from if not from little Jake. Lucas says perhaps Brad can figure something out in the lab. Um, no. He’s just a lab manager. He doesn’t interpret results.

Brad has finally told Lucas he can’t marry him but hasn’t been able to say why (other than he’s already married). I’m guessing he’s married to a woman and there’s something tragic (she’s in a coma or something) and a good reason he can’t just divorce her. GH, you’d better get Lucas to listen to Brad so we can get this resolved. Poor Bobbi is dying for a wedding.

Brad did manage to explain the whole thing to Felix after bumping into him in the GH locker room shower. Why are people always showering at the hospital? Don’t they have showers at home? And it’s not like running a lab makes you sweaty or dirty.

We have no resolution to the latest (yawn) mob hit on Sonny’s men. Julian denies it. Whatever. The only thing remarkable about all of this is that no one does angry and dangerous like Sonny Corinthos, and I love to see him get up in Julian’s face.

Michael and Sabrina are getting closer, and I have to admit they are kind of cute together. Someone has redecorated the storage shed by the lake since Kiki moved: surprise! It will be interesting to see what becomes of this clinic they are planning to run.

Morgan and Ava/Denise hit the sheets this week, and Franco’s onto them, threatening to tell Kiki. I’m also tired of this storyline. I just don’t care if Morgan and Ava/Denise are doing the nasty. It’s nice of Franco to be looking out for Kiki, though, since that girl has almost no backup it seems.

Here’s hoping Luke’s final goodbye lives up to expectations, GH. And then once he’s gone we need something exciting to fill the void. I’m rooting for you, GH!!!

Fashion picks of the week:

I’m OBSESSED with the pearl and diamond necklace Tracy was wearing. I’m fantasizing about owning that.