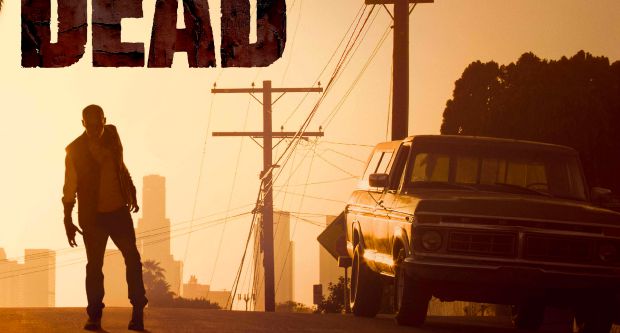 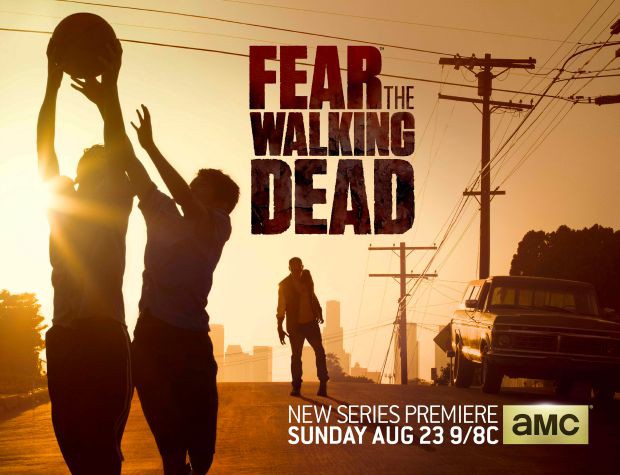 On the heels of Comic-Con, AMC released today the official series key art for “Fear the Walking Dead.” It looks even more terrifying than “The Walking Dead,” because – ack! – kids playing basketball! Unaware what’s headed their way! Look out, kids!

“The Walking Dead” is a little too intense for me, but I’ll check out this series and see if I can handle it. Something tells me it might be even more intense. Still … since it takes place at the beginning of the zombie apocalypse when things are somewhat normal … maybe I can handle it. Yes, I am a wimp.

A companion series to “The Walking Dead,” the #1 show on U.S. television among adults 18-49, “Fear the Walking Dead” is set to premiere on Sunday, August 23 at 9 p.m. ET/PT. As announced at Comic-Con, the series’ season one finale will be followed by a special episode of “Talking Dead,” during which host Chris Hardwick will recap and discuss all six episodes with special guests and viewers comments and questions.

“Fear the Walking Dead” takes us back to the beginning of the zombie apocalypse – a time when the world was changing rapidly for reasons unknown, before anyone understood exactly what was happening, when life as everyone knew it was upended and altered in ways no one could have ever imagined.