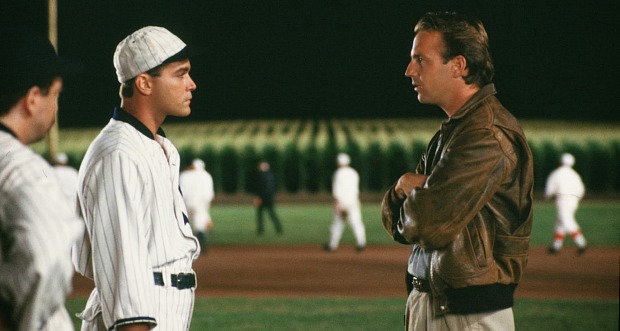 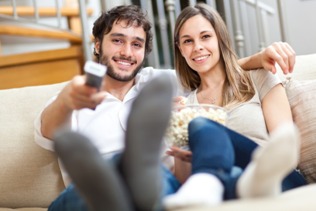 If the rain is pouring down and you can’t get outside to enjoy your favorite game, the next best thing might just be to watch a movie about it. When it comes to picking the perfect rainy day flick, though, the choices are long and varied.

Are you a fan of rugby, boxing, baseball, martial arts, or perhaps every sport there is? No matter your preferences, you’ll easily find a top-quality movie to stream direct to your living room when you’re cooped up inside for a while. Read on for some of the best sporting movies you can add to your list.

This classic 1989 baseball film has to be one of the most famous sports-related movies of all time. Starring such well-known names as Kevin Costner, James Earl Jones, Burt Lancaster, and Ray Liotta, the film is based on a book by W.P. Kinsella. 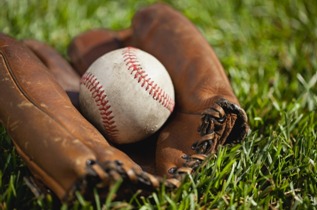 “Field of Dreams” is part fantasy, part family drama, and dedicated to the “religion” of baseball. It follows the story of an Iowa corn farmer, played by Costner, who hears voices telling him to replace part of his crop with a baseball diamond.

The whispered promise of “If you build it, he will come,” (seeming to indicate that “Shoeless” Joe Jackson, a member of the 1919 Chicago Black Sox team, would come and play on the field) is enough to spur the farmer into action. The much-loved movie is the perfect choice for sports lovers who understand the pull of baseball or the draw card of seeing famous players do what they do best.

No list of sporting movies would be complete without the addition of “Rocky.” The 1976 boxing drama propelled Sylvester Stallone to international fame (he also wrote the story), and created the billion-dollar film franchise that still hasn’t lost its power — in fact, the trailer for the seventh installment, titled “Creed,” a spin-off from the original series, has just been released.

The original “Rocky” sees a small-time boxer, Rocky Balboa (played by Stallone), finding himself with a rare opportunity to go up against the sport’s heavy-weight champion in an epic match. With themes of love, heroism, self-respect, and realising your own potential, the film struck a chord with moviegoers across the globe.

If you have children and are looking for a good family movie to introduce them to on a rainy day, why not watch the iconic ‘80s flick, “The Karate Kid”? This famous underdog story, about a bullied boy who is taught the physical and mental benefits of martial arts by a retired martial arts master, was released in 1984.

“The Karate Kid” made a household name out of its young star, Ralph Macchio, and encouraged people all around the world to take up the sport. It also spawned one of the most recognizable movie catchphrases of the decade, “Wax on, wax off.”

If you’re looking for a movie marathon to view, you can settle in and watch the series of films the original inspired. Alternatively, if you want a more updated version of the story, opt for the 2010 remake that stars Jackie Chan and Jaden Smith. 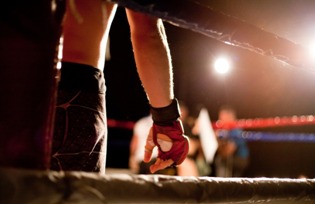 Another film that has to make the list is the epic “Raging Bull.” The 1980 Martin Scorsese biopic about troubled boxer Jake LaMotta (played by Robert De Niro in a role that earned him an Academy Award for Best Actor in a Leading Role) has regularly been voted as the greatest film of its decade.

“Raging Bull” is a graphic, very physical movie that traces the life of a volatile, insecure, and raging LaMotta. The film covers his journey from landing punches in the ring as a middleweight boxing contender, to becoming an overweight has-been.

A more recent film that’s perfect for lovers of rugby is the 2009 Clint Eastwood-directed “Invictus.” Based on a true story, the picture centers on the tale of the underdog South African rugby team who, in the mid 1990s, won the World Cup in the first year of Nelson Mandela’s presidency.

It is, of course, also a drama that depicts just some of the racial and political tension in South Africa during that period. The movie stars Morgan Freeman as Nelson Mandela, and Matt Damon as the rugby team’s captain, Francois Pienaar.

If you’re looking for a lighter flick to watch on a rainy day, perhaps the 1996 romantic-comedy “Jerry Maguire” will be more to your taste. Written and directed by Cameron Crowe, the film focuses on an ambitious sports agent, played by Tom Cruise, who starts his own company and falls in love with his only employee (played by the at-the-time little known Renee Zellweger). Co-star Cuba Gooding Jr.’s memorable performance as a demanding sports star won him an Oscar and created such much-quoted lines as “Show me the money!”