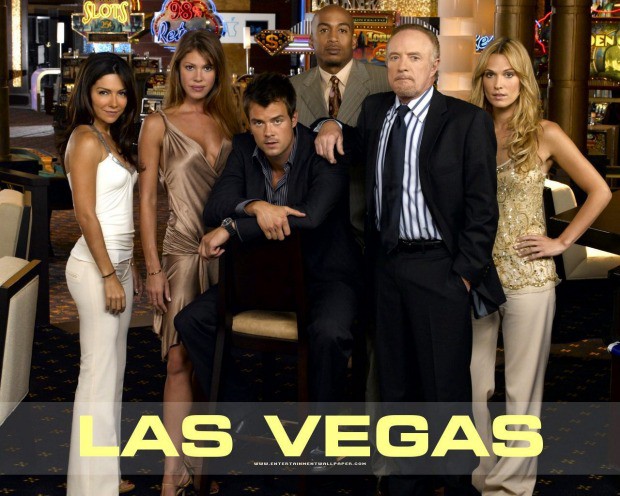 It’s no wonder that the city of Las Vegas is a prime locale for TV shows. Aside from the fact that “what happens in Vegas stays in Vegas,” the Nevada city has a lot going for it – excellent shopping, fine dining, fun nightlife and, of course, gambling and casinos.

However, you don’t have to go to Las Vegas to participate in gambling and casinos. There are plenty of fun opportunities for online gambling. Online casinos are booming, and it’s not surprising. They offer the amateur and the professional alike the opportunity to sharpen their casino skills from the comfort of their home. One of them has drawn my personal attention, the new online casino in Australia Majestic Slots.

Anyways, back to our TV Shows. Here are three of my personal favorites set in the city of Las Vegas.

1. CRIME STORY. This crime drama from NBC aired for only two seasons from 1986 to 1988, but it’s one of my all-time favorite shows starring two of my favorite actors, Dennis Farina and Anthony Denison.

Executive-produced by Michael Mann, who left his other series “Miami Vice” to oversee “Crime Story” and direct the film “Manhunter,” the show takes places in the 1960s and follows two men — Lt. Mike Torello (Dennis Farina) and mobster Ray Luca (Anthony Denison) — each with an obsessive drive to destroy the other.

The show begins in Chicago, where Luca is “made” in the Chicago Outfit and then sent to Las Vegas to monitor their casinos. As head of a special Organized Crime Strike Force, Torello pursues Luca across the country to Vegas. There’s a connection between Torello, his friend Ted Kehoe (Mark Hutter), and Luca, as they all grew up in Chicago’s “The Patch” (Smith Park) neighborhood, a.k.a. “Little Italy” or “Little Sicily” and the haunt of the Forty-Two Gang.

I loved everything about “Crime Story,” including the serialized format, which kept you glued week after week, and the diverse characters, including Pauli Taglia, played by John Santucci. “Pauli, get the work car,” which Luca said to his sidekick in one episode, is still quoted in our house 30 years later.

2. PAWN STARS. I’m not much for reality shows, but then again, I don’t really think of “Pawn Stars” as a reality show. It’s more like a history lesson. In fact, it airs on the History Channel, and for good reason. You learn a lot.

You wouldn’t think that a show about a pawn shop would be all that interesting, but “Pawn Stars” is really compelling — in a non-flashy subtle way. People bring items into the shop to either pawn or sell, and then haggle over the price with the Harrisons or Chumlee. We also learn the history of each item, and there’s even a quiz here and there. There’s also the funny interactions among the Old Man, Rick, Big Hoss and Chumlee.

“Pawn Stars” appeals to all ages — from my 17-year-old daughter to my 90-year-old mom — and you’ll learn about all kinds of things, from a pirate peg leg to an 1890 Horchkiss Cannon that was possibly used in the attack on Cuba.

3. LAS VEGAS. This show ran from 2003 to 2008, but I discovered it after the series ended and watched one episode after the other. Come to think of it, “Las Vegas” may have been my first experience with binge-watching.

The show focuses on a team of people working at the fictional Montecito Resort & Casino, and deals with all the issues that arise behind the scenes, ranging from valet parking to restaurant management to casino security.

For me, “Las Vegas” was all about the characters and their interactions with each other. Mike Cannon (James Lesure) worked as head valet for the first season, but was promoted to the security department.  Samantha Jane “Sam” Marquez (Vanessa Marcil, one of my favorite actresses from “General Hospital” – she played Brenda) is the self-proclaimed best Casino Host in the world. She lives in a Montecito suite and is portrayed as a ruthless businessperson whose sole interest is to get high rollers to play at the Montecito (she’s actually a real softie, though).

Molly Sims played Delinda Deline, Ed’s daughter who’s also the Entertainment Manager/Food and Beverage Manager for all the food and beverage outlets in the Montecito: the Mystique Club, the former Wolfgang Puck’s restaurant, Opus Bar, and the Bella Petto Pool Bar. She has a complicated relationship with Danny, and the two are briefly a couple. Nikki Cox plays Mary Connell, Special Events Director at the casino (I read where she was originally supposed to play the casino’s personal hooker!).

We watch “Pawn Stars” regularly, but now I want to re-watch “Las Vegas” and “Crime Story.”

What are your favorite TV shows set in Las Vegas? Sound off in the comments below!