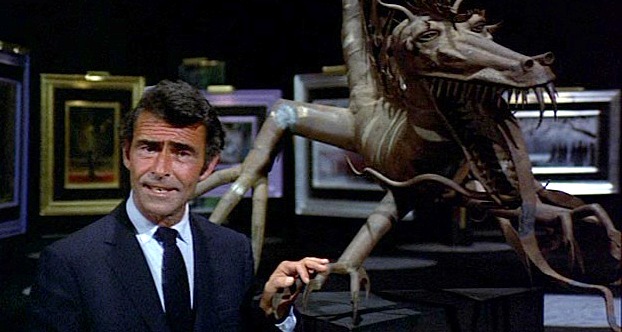 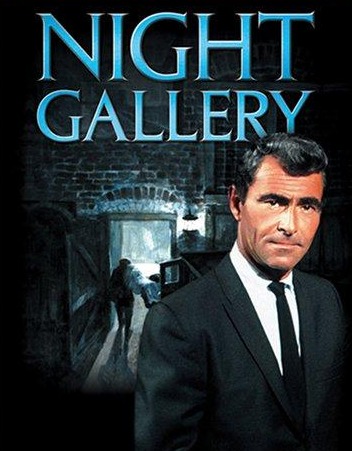 One of the scariest shows from my childhood is getting a reboot. “Night Gallery,” which aired on NBC from 1970 to 1973, featured frightening stories of the macabre. For me, I think it was scarier than “The Twilight Zone” because it seemed like the things on “Night Gallery” could really happen. They seemed closer to home, even if they were supernatural in nature.

While both shows shared stories of dark fantasy, much of “The Twilight Zone” was science fiction, and “Night Gallery” was more horror and supernatural. Thus – to me – scarier.

One episode that always sticks in my mind is “Certain Shadows On the Wall,” which aired on Dec. 30, 1970. It was written by Serling, directed by Jeff Corey and starred Louis Hayward, Agnes Moorehead, Grayson Hall and Rachel Roberts. It was also based on the short story “The Shadows on the Wall” by Mary E. Wilkins-Freeman.

The story chronicled the lingering shadow of a dead woman that haunted her murderous brother, and the image of the shadow on that staircase still haunts me today. I’m sure deep down in my psyche, I still look for that shadow when I’m going up or down stairs.

Serling appeared in an art gallery setting and introduced the tales in each episode by unveiling paintings (by artist Thomas J. Wright) that depicted the stories. The paintings themselves actually appeared in the three segments, serving major or minor plot functions.

Serling’s intro usually was, “Good evening, and welcome to a private showing of three paintings, displayed here for the first time. Each is a collector’s item in its own way – not because of any special artistic quality, but because each captures on a canvas, suspends in time and space, a frozen moment of a nightmare.”

Yes, a nightmare. My nightmares!

“Night Gallery” often presented adaptations of classic fantasy tales by authors such as H. P. Lovecraft, as well as original works, many of which were by Serling himself. The series was introduced with a pilot TV movie that aired on Nov. 8, 1969, and featured the directorial debut of Steven Spielberg, as well as one of the last acting performances by Joan Crawford.

“Night Gallery” was initially part of a rotating anthology – or wheel series – called Four in One. The series ran from 1970 to 1970 and rotated four separate shows, including “McCloud,” “SFX (San Francisco International Airport)” (I believe this was featured on an episode of “Mystery Science Theater 3000”) and “The Psychiatrist.”

Two of these, “Night Gallery” and “McCloud” were renewed for the 1971–72 season, with “McCloud” becoming the most popular and longest running of the four.

While checking out J. Michael Straczynski’s IMDB profile for the “Sense8” story I just posted, I noticed that he’s helming a reboot of “Night Gallery,” which is currently in pre-production, but scheduled for a 2015 release. It’s listed as a TV Miniseries, and I believe scheduled to air on the SyFy Channel (?), but correct me if you’ve heard differently.

As for a host, there are lots of possibilities, but my pick is John Noble. We haven’t seen much of him since “Fringe” ended, and I so miss him on my screen. Plus, he has just the right tone to do justice to “Night Gallery.”

Were you a fan of “Night Gallery”? Got a favorite episode that still haunts you? Who do you think would be a good host for the reboot? Share in the comments below!