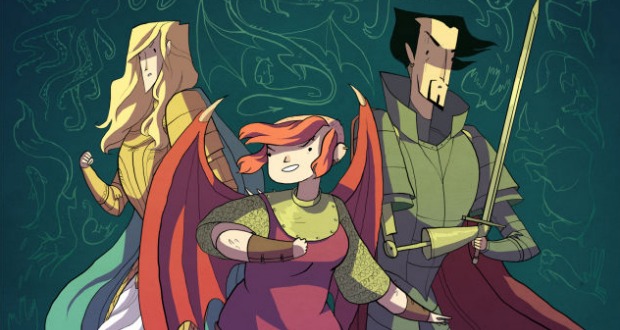 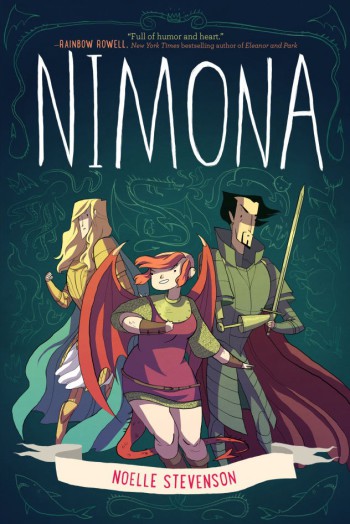 There is nobody on the Internet more delightful than Noelle Stevenson. The red-haired artist – known for her Wonder Woman comic run and her new Lumberjanes series – has one of the best social media presences around.

She interacts with fans, posts her hilarious opinions on recent movies, and creates fanart of her own comics. And who doesn’t love fanart?

The only thing I love more than Stevenson’s online presence is her new graphic novel Nimona. Originally an award-winning web comic series, Nimona takes place in a world that’s a mash-up of medieval and modern.

Knights wielding swords discuss magic against people chatting on telephones and conducting elaborate scientific experiments. Nimona is a shape-shifting teen girl who teams with supposed villain Lord Ballister Blackheart to take down a group known as the Corporation.

And I’m cautiously optimistic but still excited that Fox Animation nabbed rights to a film version of Nimona.

According to The Hollywood Reporter, Patrick Osborne will direct the animated film. Marc Haimes will pen the script, with Roy Lee and Adam Stone of Vertigo Entertainment producing.

I don’t know what the film would look like. (I’m hoping that Stevenson will have a hand in adapting it, somehow, so that the graphics of the film match the graphic style of the book.) I don’t know who would voice the characters. (Richard Armitage as Ballister Blackheart? I would dig it.)

But I do know that it could be really cool, and I can’t wait to see what happens with it.

What do you think of a “Nimona” film? Who would you cast? Sound off in the comments below!