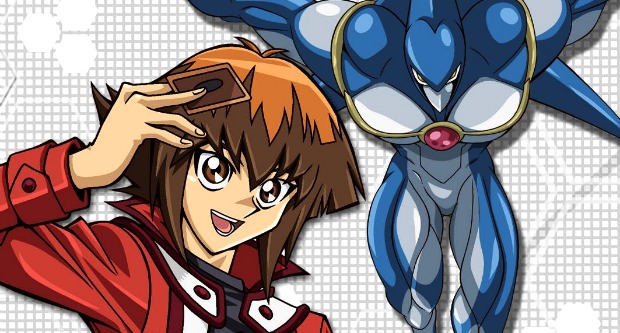 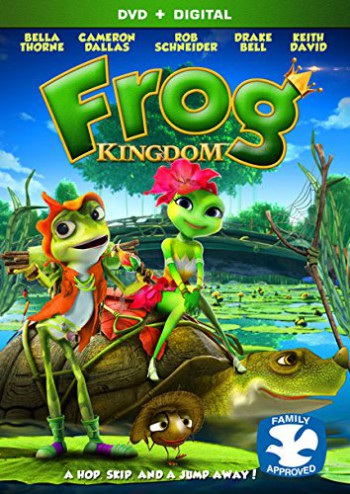 Take a look at some new and upcoming DVDs for kids. Click through the titles to buy on Amazon.

FROG KINGDOM. This cute animated movie is approved for families by the DOVE Foundation, and with good reason. It’s funny, action-filled and features the voice talents of teen-favorites, including Bella Thorne, Cameron Dallas, Drake Bell and Gregg Sulkin. The story follows The Frog King (Keith David), who announces that the winner of the Froglympics will win his daughter’s hand in marriage. But that doesn’t sit well with his daughter, Princess Froglegs (Bella Thorne), who runs away instead. And who can blame her? She doesn’t need a frog-husband to be happy!

Disguised as a commoner, the Princess befriends street vendor, Freddie (Cameron Dallas), and begins training with him for the games — determined that she will win and thwart her father’s plans of marriage. Meanwhile, the villainous serpent has ideas of his own to ruin the Froglympics and take over the kingdom. With a little luck, and a little help from their trusty sidekick Captain One-Eye (Rob Schneider), Freddie and Princess Froglegs set out to save Frog Kingdom from the evil serpent.

MY LITTLE PONY: FRIENDSHIP IS MAGIC – CUTIE MARK QUESTS. In Equestria, being true to yourself is the key to earning your cutie mark. Join Twilight Sparkle, Apple Jack, Pinkie Pie, Rarity, Fluttershy and Rainbow Dash—as well as everyone’s favorite Cutie Mark Crusaders, Scootaloo, Sweetie Belle, and Apple Bloom—as they journey to find their own Cutie Marks, take on the spirit of chaos and disharmony and visit a village where every pony has given up their Cutie Marks?!

YU-GI-OH! GX: SEASON 2. Known in Japan as Yu-Gi-Oh! Duel Monsters GX, this set includes all 52 30-minute episodes of the second season and is the second spin-off series of the fan-favorite global franchise based on the Yu-Gi-Oh! trading card game, which has grossed more than $20 billion. It’s year two at Duel Academy, and this semester is more intense than ever. Jaden somehow passed his finals, so he’s now back with his friends to continue his training at the world’s most prestigious dueling school. But it’s not all about classes and textbooks. This year is filled with one high-stakes battle after another as Jaden faces all new rivals like Pro League All-Star Aster Phoenix, dino duelist Tyranno Hassleberry and the sinister Sartorius!

SCOOBY-DOO! 13 SPOOKY TALES: SURF’S UP SCOOBY-DOO! For Scooby-Doo, Shaggy and the rest of the crime-busting crew, life is never a day at the beach. So when the Gang go to a resort in Florida for a much-needed vacation, they kick back and enjoy some sun, sand and… a sea monster?!  Also, watch Scooby-Doo make a splash in 12 more fun-filled summertime episodes full of nautical nuisances.

TOM AND JERRY: THE GENE DEITCH COLLECTION. For decades, that tussling twosome Tom and Jerry have chased their way into the funny bones and hearts of moviegoers and television viewers in a variety of unforgettable cartoons. In the 1960s, acclaimed animation director Deitch, was selected to bring a new set of Tom and Jerry shorts to life. Adding his own distinctive style to the famous cartoon, Deitch worked with William L. Snyder’s Prague-based animation studio, Rembrandt Films to create 13 memorable shorts.

BATMAN UNLIMITED: ANIMAL INSTINCTS. When Gotham City is plagued by a rash of bizarre crimes committed by the animal-inspired villain squad, the Animilitia (made up of Silverback, Cheetah, Killer Croc and Man-Bat), Batman swings into action to investigate. But could the Animilita be working for powerful businessman Oswald Cobblepot aka The Penguin? 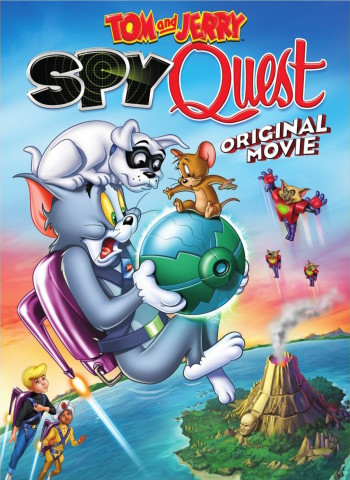 TOM AND JERRY: SPY QUEST – ORIGINAL MOVIE. Tom and Jerry set out on one of their biggest, boldest adventures yet in this movie full of intrigue, thrills, suspense and high-action as the animated duo get wrapped up in a top secret, spy-tacular, fun-filled mission the whole family can enjoy together. It’s just another day at the beach for the dueling Tom and Jerry, until they bump into world-class junior spies Jonny Quest, Hadji and their canine companion Bandit.

MAYA THE BEE MOVIE. Freshly hatched bee Maya is a little whirlwind and simply won’t follow the rules of the hive. One of these rules, of course, is not to trust the hornets that live beyond the meadow. When the Royal Jelly is stolen, the hornets are the prime suspects and Maya is thought to be their accomplice. Now, it’s up to Maya and her good-natured best friend Willy, the only one who will stand by her, to prove her innocence and find the missing Royal Jelly!

STRANGE MAGIC. This animated film from Lucasfilm Ltd. is a madcap fairy tale musical inspired by “A Midsummer Night’s Dream.” Popular songs from the past six decades help tell the tale of a colorful cast of goblins, elves, fairies and imps, and their hilarious misadventures sparked by the battle over a powerful potion. World-class animation, gorgeous visual effects and snappy music make this a must-see.

THE MAGIC SCHOOL BUS: SEASON THREE. Based on the beloved children’s classic book series by Joanna Cole and Bruce Degen, the DVD release of the Emmy Award-winning (and longest-running!) kids’ science TV series continues with the complete third season! It’s also the winner of the Parents’ Choice Gold Medal for Excellence in Children’s Programming. All 13 episodes of Season 3 are available in this 2-DVD set, including: Ms. Frizzle and her class journey inside a beehive, take a trip to the arctic and learn about electricity.

I WANT MY HAT BACK AND MORE HAPPY STORIES. With 4 happily-ever-after stories, the #1 award-winning children’s DVD series continues with this set based on author/illustrator Jon Klassen’s New York Times Bestseller (for more than 40 weeks!). This read-along DVD supports problem solving and learning the importance of family and nature. Bonus features include an interview with Klassen. Episodes include: