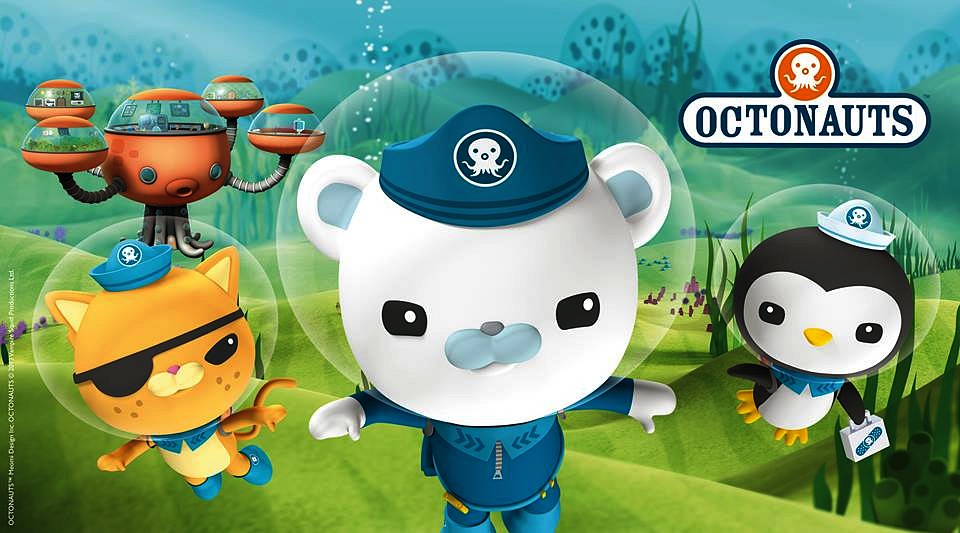 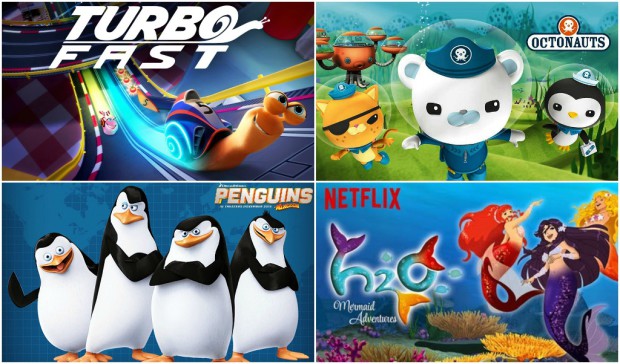 Lots of fun stuff for kids and teens on Netflix in July! “Penguins of Madagascar,” “Octonauts,” “H2O Mermaid Adventures,” and more are hitting the popular streaming service. Let’s take a closer look…

Bad Hair Day (2015, TV-G). With the high school prom fast approaching, tech wizard Monica Reeves (Laura Marano), who’s campaigning to be prom queen, prepares her look carefully in advance. But the plan falls apart when her hair goes rogue and her entire ensemble is ruined. As this Disney Channel TV movie notes, the road to prom can be a big hairy mess.

Bionicle: The Legend Reborn (2009, Not Rated). The animated saga continues, following the adventures of the universe’s former ruler who’s been stripped of power and exiled to a desolate planet. Dee Bradley Baker, Jim Cummings and Michael Dorn voice characters.

Invizimals: The Alliance Files. Based on the popular video games franchise, Invizimals tells the story of Hiro, Lima, and Sam, three young members of the Alliance of Invizimals Hunters. Together, they must help these fantastic creatures and try to stop the evil XTractor threat.

Octonauts: Season 3 (TV-G). A team of brave underwater explorers known as the Octonauts combs the world’s oceans for aquatic creatures in desperate need of assistance. Excellent show for little ones. 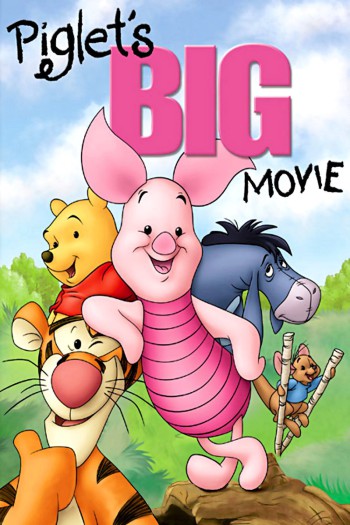 Piglet’s Big Movie (2003, G). Timid little Piglet must overcome his lack of confidence and save his endangered friends of the Hundred Acre Wood by using his “Book of Memories.”

Shooting Fish (1997, PG). American Dylan and Brit Jez, childhood friends from opposite sides of the pond, reconnect in London as young adults to con England’s wealthy into financing a home for deserving orphans: themselves!

The Secret of Roan Inish (1994, PG). When 10-year-old Fiona (Jeni Courtney) learns how her ancestors came to leave the island of the seals, Roan Inish, she finds there may be magic in her family tree. Directed by John Sayles.

White Collar: Season 6 (TV-PG). To avoid jail, an ultra-suave con man signs on to help an FBI agent catch other white collar thieves. But he conceals an ulterior motive. Matt Bomer and Tim DeKay star in this USA TV series.

Monster High: Scaris, City of Frights (2013, Not Rated). When Clawdeen gets a chance to study with a top fashion designer, she and her pals hop on a plane to Scaris, France, the city where screams come true.

Witches of East End: Season 2 (TV-14). Besides being an artist and the mother of two daughters, Joanna Beauchamp (Julia Ormond) harbors an identity she hides from the world: she’s a centuries old witch. Jenna Dewan Tatum and Rachel Boston also star in this Lifetime TV series.

Bible Secrets Revealed: Season 1. For thousands of years, the Bible has been the foundation of Judaism and Christianity. But who wrote it? How old is it? And is it accurate?

Lost Soul: The Doomed Journey of Richard Stanley’s Island of Dr. Moreau (2014, Not Rated). In 1995, visionary writer/director Richard Stanley got the green light for his dream project: An epic adaptation of H.G. Wells’ “The Island Of Doctor Moreau,” starring Marlon Brando and Val Kilmer. But only days into production, an unprecedented storm of natural disasters, monstrous egos and disturbing imagery along with chaos, insanity and witchcraft would trigger perhaps the most infamous behind-the-scenes catastrophe in modern movie history. David Gregory directs this documentary. 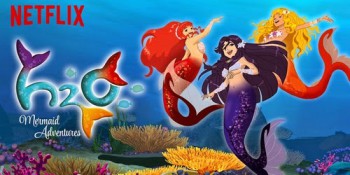 H20 Mermaid Adventures (5 new episodes). Taking the worldwide hit “H2O: Just Add Water” to new levels, this animated version follows three high school friends who encounter a powerful spell while exploring Mako Island — it turns them into mermaids whenever they touch water. With their new sea creature friends, they experience undersea adventures while trying to keep their special gift a secret from their classmates.

Penguins of Madagascar (2014, PG). Having shown their mettle in previous “Madagascar” animated epics, dauntless penguins Skipper, Rico, Private and Kowalski team with a covert group, the North Wind, to stage an all or nothing showdown with the fiendish Dr. Octavius Brine.

Marvel’s Hulk and the Agents of S.M.A.S.H.: Season 2 (TV-Y7-FV). Marvel’s mightiest superheroes Hulk, SheHulk, Red Hulk, ABomb and Skaar team up to tackle threats too enormous for other heroes to handle. Fred Tatasciore, Clancy Brown, Seth Green and Eliza Dushku are among the voice talent in this Disney XD TV series.

My Little Pony: Friendship Is Magic: Season 5 (Not Rated). Journey to the enchanted land of Equestria, where unicorn Twilight Sparkle and her pals have adventures and learn valuable lessons about friendship.

The Wrecking Crew (2008, PG). Prolific session musicians The Wrecking Crew, who provided backup instrumentals for numerous popular bands in the 1960s, are profiled by filmmaker Denny Tedesco, whose father, Tommy, was a member of the band, in this absorbing documentary. One of the best music documentaries I’ve seen.

Turbo Fast: Season 2 (TV-Y7). Join Turbo and his posse on the Turbo Fast Action Stunt Team. Filled with outrageous comedy, action and laugh out loud fun, this Netflix Original amps up everything to the extreme: extreme adventures, extreme challenges, and extreme excitement.