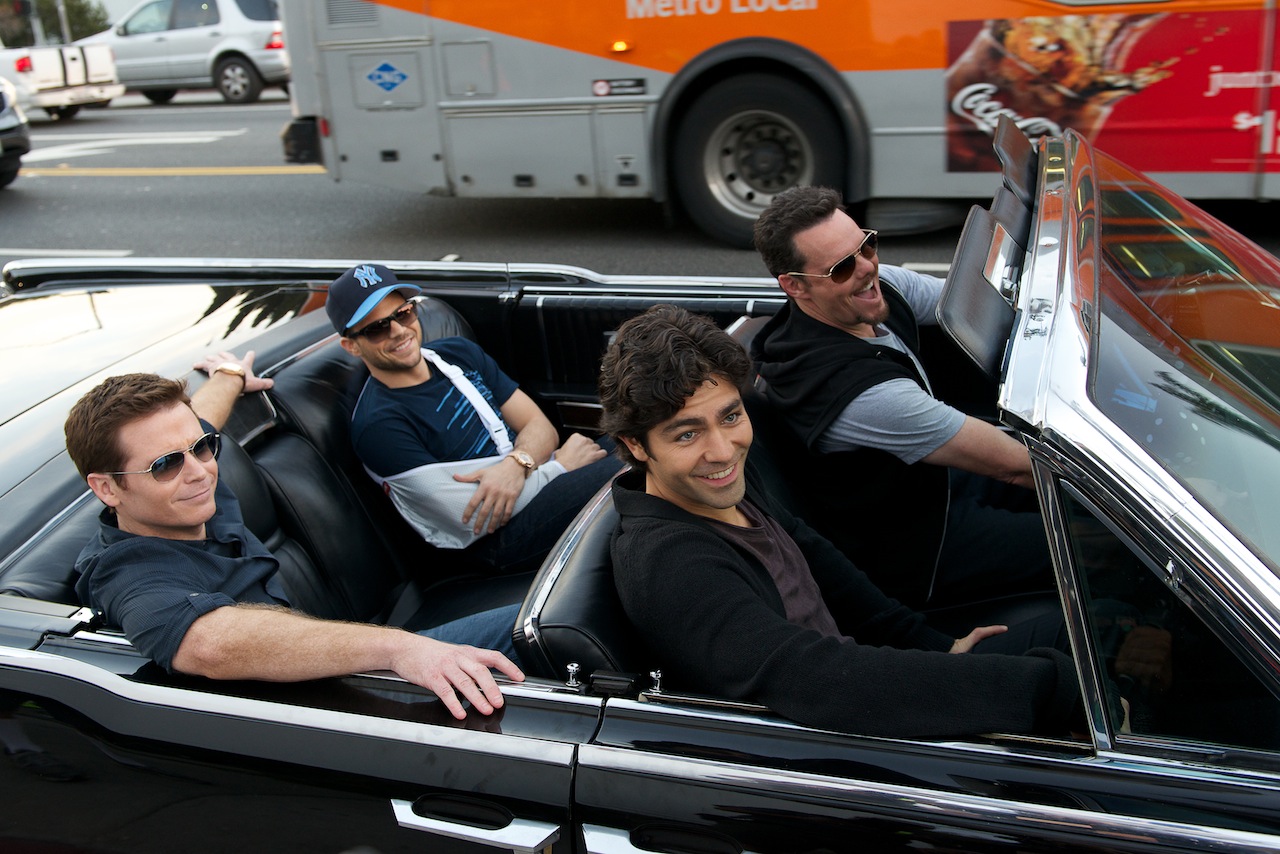 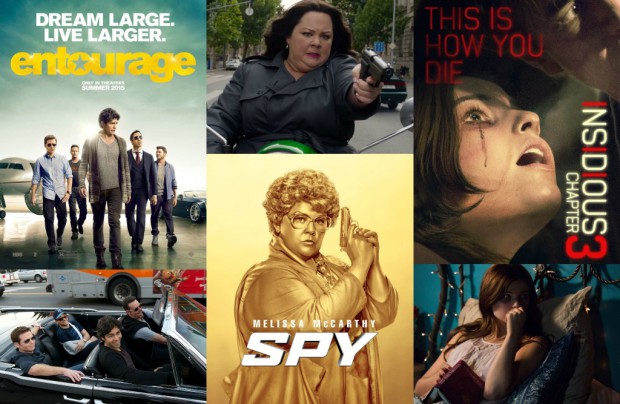 New movies in theaters this week feature the “Entourage” gang, Melissa McCarthy as an unassuming “Spy,” and some scary shenanigans in “Insidious Chapter 3.”

Let’s take a closer look at movies in wide release this week. 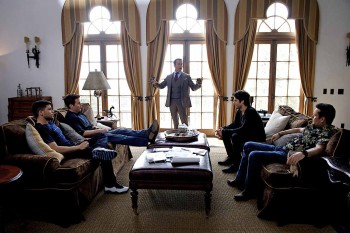 The “Entourage” gang is back! And Vince has a new project in the works.

Some of their ambitions have changed, but the bond between them remains strong as they navigate the capricious and often cutthroat world of Hollywood. 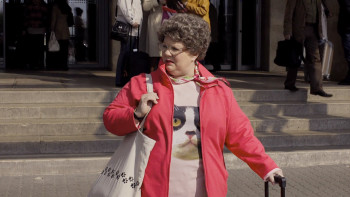 Melissa McCarthy displays her considerable comedic chops as Susan Cooper, an unassuming, deskbound CIA analyst, and the unsung hero behind the Agency’s most dangerous missions.

But when her partner (Jude Law) falls off the grid and another top agent (Jason Statham) is compromised, she volunteers to go deep undercover to infiltrate the world of a deadly arms dealer, and prevent a global disaster.

McCarthy is so good at this type of comedy that she should teach master classes on it. This movie also stars Bobby Cannavale, Rose Byrne, Allison Janney and Morena Baccarin. 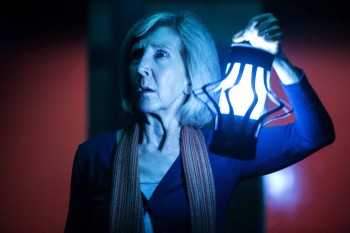 Ready for some scary shenanigans? This newest chapter in the terrifying horror series is written and directed by franchise co-creator Leigh Whannell.

The chilling prequel, set before the haunting of the Lambert family, reveals how gifted psychic Elise Rainier (Lin Shaye) reluctantly agrees to use her ability to contact the dead in order to help a teenage girl (Stefanie Scott) who has been targeted by a dangerous supernatural entity.

And you just know bad things are going to happen.