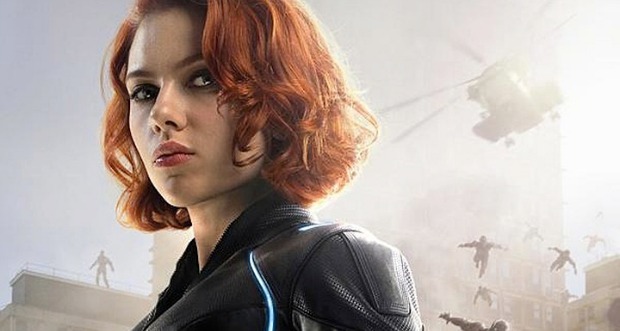 At this point in my extensive career of binge watching movies and being in a healthy relationship with my Netflix account, I had hoped that I would be able to take an hour and a half break from being a feminist so I could actually enjoy a film. Unfortunately, due to press, merchandising choices, and the film itself, I was unable to do so while watching Marvel’s latest slight to women, “Avengers: Age of Ultron.”

Can I ask this candidly? Does the Marvel Universe hate women?

The release of “Avengers: Age of Ultron” was met with a media firestorm, and rightfully so, after Jeremy Renner and Chris Evans accused Black Widow of being a slut, which doesn’t look good given that Johannsson acted as the only female lead among a sea of men and boys. Marvel’s Black Widow problem has since been discussed, broken down, and analyzed all over the Internet. And it’s an important conversation to be having, as Marvel’s lack of representation might have implications that might affect young girls.

Based on the merchandising decisions made, which exclude Black Widow from its toy lineup, it’s almost as though Marvel is unaware that 40 percent of the ticket sales from the opening weekend of “Age of Ultron” were female viewers. Even Mark Ruffalo had enough, asking Marvel for more toys for his daughters. I mean, you know there’s a problem when the stars of the film are calling out a franchise for sexism. Surely this can’t be some kind of oversight.

In an article published by The Mary Sue, an anonymous former Marvel employee admitted that Marvel purposefully leaves women out of the hero toy lineup, saying, “Disney bought Marvel and Lucasfilm because they wanted to get access to the male market. To achieve this goal, they allocate less to Marvel’s female demo, and even less to a unisex one. They won’t be interested in changing how they work until consumers understand what’s going on.” So apparently, there has to be enough public outrage in order for women to be represented in merchandising.

The Marvel universe isn’t the only consumer battlefield that publishers and suits aim to control. Paul Dini, a writer who has penned both comic books and animated television shows, discussed the recent cancellation of the DC cartoon series “Young Justice,” and explains why the show was cut despite doing rather well, stating,

He goes on to explain that more and more girls were watching the show, becoming a substantial part of the audience. They wrote more episodes focused on the female characters in the show, which caused CN to pull the plug. “I’ve heard executives say this… saying like, ‘We do not want girls watching these shows.’”

It seems pretty clear that execs don’t think that boys are interested in female heroes, or that little girls don’t care about action heroes at all. It’s not as if we’ve had incredibly successful blockbuster female leads in the past couple of years.

In April, Disney contacted Vanity Fair with a statement regarding Black Widow’s absence. “Black Widow is a staple in the Marvel Universe with a robust consumer products program. Tied to the release of ‘Avengers: Age of Ultron,’ Marvel has over 60 Black Widow SKUS across diverse categories such as Hot Wheels, action figures, video games, t-shirts, costumes and collectibles, with even more products available for back to school and Halloween.”

Disney obviously understands the urgency in reevaluating representation in their toys, but to put things into perspective, back to school shopping season is still several months away, and halloween even more so. Sixty lines is miniscule compared to the near infinite availability of Iron Man and Captain America merchandise. Even Loki dwarfs that number significantly. Black Widow should not need a vocal Internet crusade to increase the availability of a character to exist in tandem with her counterparts.

Gender bias in merchandising is highly frustrating, and it’s something that has been happening a long time in male-driven action franchises. Unfortunately, little has changed since the days young girls were scrambling to find Princess Leia dolls — hugely underrepresented compared to Luke, Han, and Darth Vader. And for some reason, we still see merchandising targeted at boys that say things like “Be a Hero” while similar products targeted at young girls say “I Need a Hero.”

Gendered marketing and merchandising is hardly news, given that we assign rigid gender roles for young boys and girls at birth. It’s just unfortunate that in the year 2015, rigid ‘pink is for girls, and blue is for boys’ rules still exist. Pretending that these steadfast rules don’t affect kids and their psyche is irresponsible.

How demoralizing would it be to be a young girl looking for a Black Widow toy, only to find her replaced by Captain America or Iron Man? Don’t young girls deserve to feel empowered? There’s a message being sent to women and young girls, whether intentional or not, in Black Widow’s absence: that women aren’t as worthy of representation, that superheroes are “not for girls,” and especially that masculinity prevails over all other traits.

Marvel is sending us a clear message with their marketing choices. That you can kick butt and save the lives of your friends, but despite that, you’re still “just a girl.”