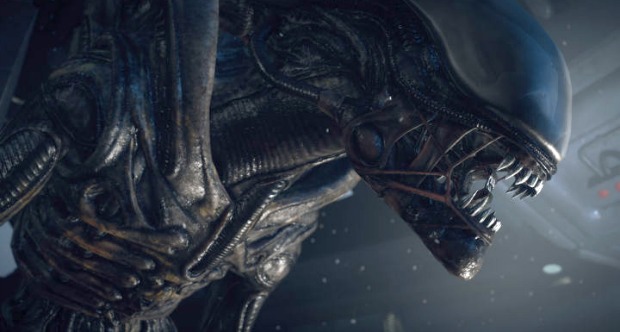 There’s a new “Alien” movie on the way, and director Neill Blomkamp is set to helm it. We can’t think of anyone better equipped to carry on the iconic franchise.

Not much is know about the film — listed on IMDB as “Untitled Neill Blomkamp/Alien Project” with a release date of 2016, but we do know it stars Sigourney Weaver as Ellen Ripley, and Michael Biehn is rumored for the role of Cpl. Dwayne Hicks.

During the promotional tour for Blomkamp’s 2015 film “Chappie,” both he and Weaver revealed that they intend to give Ripley a “proper finish” – one they didn’t think was achieved in “Alien 3” or “Alien: Resurrection.”

“I want this film to feel like it’s literally the genetic sibling of ‘Aliens,'” said Blomkamp. “So it’s ‘Alien,’ ‘Aliens,’ and then this movie.”

Weaver noted that she’d love to “take Ripley out of orbiting around in space, and give a proper finish to her story.”

Remember, the original “Alien” movie was pitched as “Jaws in Space,” and that’s what Blomkamp wants to recapture with his upcoming film.

“It’s a Freudian nightmare. That element to me is what is so appealing,” said Blomkamp. “To try to put the audience on the edge of their seat, in a traditional ‘monster stalking you in a dark corridor way.'”

We can’t wait to see what Blomkamp does with the film.

Born in 1979, he’s among the youngest well-known movie directors, and despite his age, has already enjoyed a host of successes thanks to his unusual style and his talents as a director, producer, writer and animator.

Born in Johannesburg, Blomkamp has been named as one of the most influential people from South Africa in recent years as a result of his success within the entertainment industry.

One of the movies that helped to catapult Blomkamp to fame was the science fiction hit “District 9,” which he co-wrote and directed. This movie utilized the distinct technique that Blomkamp has become known for – a documentary style movie incorporating a range of natural looking computer-generated special effects.

The movie follows a race of extra-terrestrials living on earth who have been forced to live in slum areas but eventually find sympathy from a human government agent. The movie was a big box office hit and helped to seal Blomkamp’s reputation as an up-and-coming big player in the world of movie directing.

In addition to the critically acclaimed “District 9,” Blomkamp has also enjoyed a variety of additional successes. This includes the 2013 movie, “Elysium,” another sci-fit hit based in the year 2154.

In this movie, earth is ruined but the very wealthy have managed to escape by living on a man-made space station. However, one man (Matt Damon) makes it his mission to try and put an end to the inequality between the wealthy people living on the space station and the rest of the population left to cope on earth.

True to form, Blomkamp released another sci-fi flick in 2015, “Chappie.” In a similar vein to “Robocop,” this movie is about a future police force comprised of robots programmed to control crime. However, one of the mechanical officers is stolen and re-programmed, giving him the ability to think for himself.

Over the years, Blomkamp has been involved with a wide variety of sci-fi programs and animation in various capacities, such as “Stargate SG-1,” “Smallville” and “Dark Angel.”

The sci-fi genre has become big business over the past few decades, with people flocking to see the latest sci-fi movies and heading to online casinos such as Springbok Casino to play sci-fi games in addition to other favourites such as football games.

Blomkamp has played a big part in this rising popularity of sci-fi by ensuring fans have plenty of gripping entertainment to look forward to within the genre.