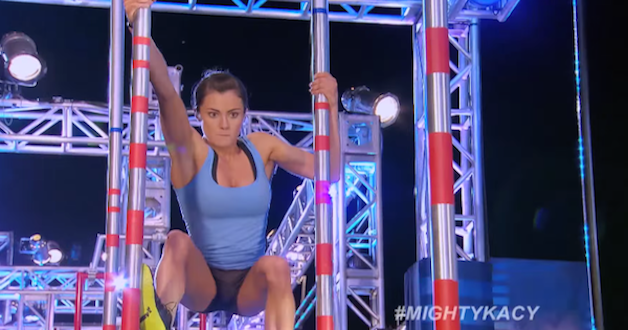 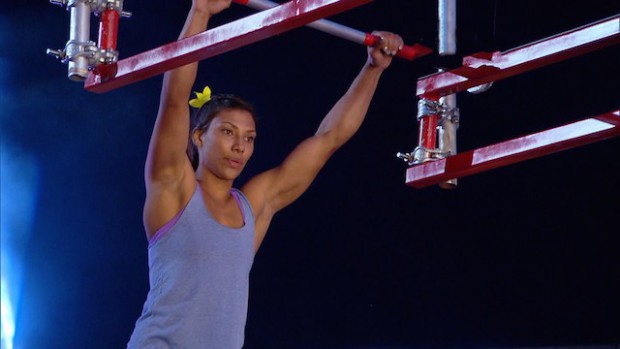 American Ninja Warrior, the hyper-athletic obstacle course reality show (and the only game show that has never had a winner), features many incredible athletes, almost exclusively men. But in the last two seasons, an elite group of women have come up through the ranks, setting records and leaving an indelible mark. Last season was such a breakthrough that it paved the way for a huge turnout of women athletes. Now in its seventh season, ANW has lots more women competing, and the show, and the world, is paying attention.

Here are five of the best women athletes seen on American Ninja Warrior:

Perhaps the one to set the bar, Muckelroy was the first woman to make it past the fifth obstacle to the Warped Wall in Season 5’s Denver qualifiers. Her historic run ended at the Wall though, when exhaustion and poor technique prevented her from climbing it. Muckelroy injured her shoulder during the Season 6 qualifying course and has yet to return to the show, but her inspiration remains and likely paved the way for the other women on this list.

Don’t be fooled by this ultra-feminine performer. She admits to being a “girly-girl” (in the best way) and competes with a flower in her hair, but make no mistake, she is fierce, as tough as her painted nails, and does what she needs to do to get the job done. She also climbed the Warped Wall last season, and even made it past the Jumping Spider in Stage 2. This season she returned to the qualifying round in Kansas City, beat the new Bungee Road obstacle, which had hung up many a competitor before her, and was the first woman to complete qualifying rounds in two back to back seasons.

The stuntwoman first appeared on the show in season 5 in a chicken costume, but she still took the competition seriously and became the first woman to make it to a regional finals. A serious injury kept her from competing last season, but this year she’s back with a vengeance, and a much more serious outfit. Clad in blue and purple spandex with a focused attitude, she went far enough fast enough on the qualifying course to make it through to the next round.

Warnky probably would have been the first woman to climb the Warped Wall, if American Ninja Warrior had gone to her city of Saint Louis before going to Kacy Catanzaro’s hometown. As a result, Catanzaro set the record first, but Warnky finished the qualifier faster, and at 5 foot 4 inches, has a little more height. But Warnky seems content being the second woman up the Wall. The Salmon Ladder ended her run in last season’s city finals, but we’re excited to see how she does on the season 7 qualifiers tonight.

This woman opened the door for all the female athletes who followed. Catanzaro learned a lot from her boyfriend Brent Steffensen, the first man to make it to Stage 3 of Mount Midoriyama in the United States, but then she took it all the way to her own personal best. At only “5 feet nothing” and 100 pounds, she is amazingly strong and agile, using her gymnastics background to its greatest extent. She is the first woman to climb the 14-foot-high Warped Wall, and even made it past Stage 1 of Mount Midoriyama last season. Her historic run has been seen more than 10 million times on YouTube alone.