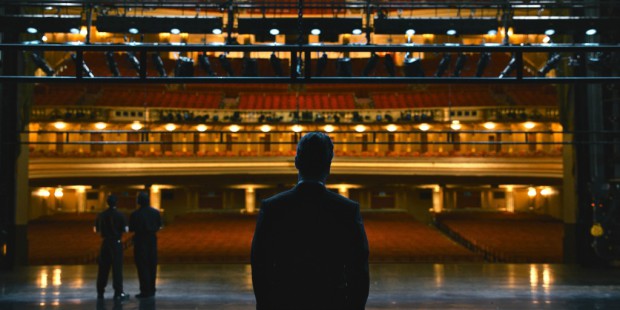 Wait, didn’t we just have a movie about Steve Jobs? Why, yes, yes we did. It came out in 2013 and starred Ashton Kutcher as the pioneering founder of Apple.

Even though I really loved that movie, I’m also looking forward to the upcoming version, “Steve Jobs,” with Michael Fassbender in the title role.

The producers are Mark Gordon, Guymon Casady of Film 360, Scott Rudin and Academy Award winner Christian Colson. There’s a lot of Academy Awards in that crew, and stand by for more below.

Set backstage at three iconic product launches and ending in 1998 with the unveiling of the iMac, “Steve Jobs” takes us behind the scenes of the digital revolution to paint an intimate portrait of the brilliant man at its epicenter.

The film also stars Katherine Waterston as Chrisann Brennan, Jobs’ ex-girlfriend, and Michael Stuhlbarg as Andy Hertzfeld, one of the original members of the Apple Macintosh development team.