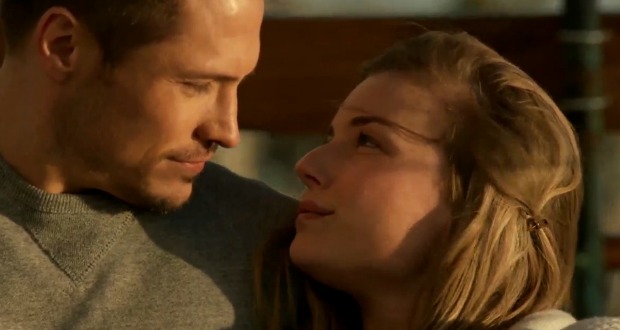 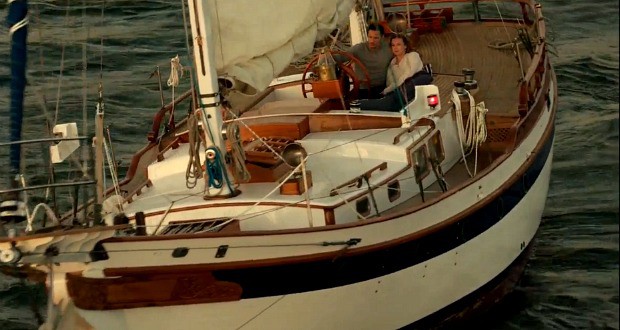 “Before you embark on a journey of revenge, dig two graves.”

Ah yes, Confucius was very wise. There were two graves needed by the end of the “Revenge” series finale. Did you guess who was going to be in them? I didn’t. I thought David (because he was sick), but then I wasn’t sure. I was hoping one wasn’t going to be Emily/Amanda after all of this – and we lucked out.

At the start of the show, we see a flashback of Amanda and David. She’s making the infinity sign and he joins her. He tells her that people aren’t born bad, but it’s their actions that make them bad. I don’t know about you, but once in a while, I would see a hint that there was once good in Victoria – it seems that too many bad things happened in her life that turned her to the dark side.

A great example was the flashback scene at her mother’s death bed. The mother is pure evil. She even tells Victoria that her father was her (Marion’s – or Mary Gaines) fiancee – who Victoria also was in bed with. What? No wonder Victoria was messed up and wicked – she had a wicked witch for a mother. Her mother’s last words before she died: “We will settle this in hell.” So now, I do have some sympathy for Victoria, although she could have chosen good over evil, right?

Emily finds out that Ben is dead. She has to get out of prison. Of course Nolan can get her out of anywhere, even maximum security. We all need a friend like Nolan, don’t we?! After her prison break, Emily (I still can’t call her Amanda for some reason) and Jack head to Jersey to Mary Gaines’ house. Emily figures out that Ben was killed there. Nolan lets them know that news of her escape is out and they must stay put. Emily wants to bolt (you know her), but Jack eases her mind and they have a talk – a heart to heart and they FINALLY kiss… and yes, sleep together. Hallelujah! Can it be true?!

In the morning, Jacks leaves a note that he’s gone to get some food. Emily decides to find out how Victoria got the dental records. She finds them at the dentist’s office – they are those of Mary Gaines (aka, Victoria’s mother). Meanwhile, Nolan finds out that Margaux has been transferring money to White Gold (assassins account). The assassin (Courtney Love – aka – bad ass) shows up at Mary Gaines’ house and stabs Jack. They have a pretty good battle, and right when we think he is going to be offed (please no!), the cops shoot her. Phew!

Emily learns what happened and visits the hospital. Now she is really pissed (can I say that?). She has that great glare, doesn’t she? She wants Victoria in the ground, and I was pretty sure at that point that she was going to make it happen.

Margaux is a little taken aback that Victoria attended her own funeral. She just wanted to see her kids (Charlotte and Patrick), but they were no shows. How surprising… not! She did witness how heartfelt Louise’s eulogy was and decides to tell her the truth. Hello, poppet. What? I had to laugh at that. Cheers to Louise. She is really ticked off that Victoria lied about her death and goes to Emily, Jack and Nolan to tell them where Victoria is hiding out. Good job Louise.

At the the hideout, Louise shows up with Emily. Victoria looks a little afraid, but she’s installed cameras just in case something like this happens. Emily doesn’t seem to care, but Victoria doesn’t believe she’ll do it (as in, kill her) telling her that she’s never been able to do it before. Well, Victoria, this time you’re wrong.

Emily gives a little speech and her finger is a microsecond away from pulling the trigger when a gun goes off. Blood pours out of Victoria’s stomach and down she goes. “Dad!” Emily is mad, she wanted to kill Victoria. Bang! A gun goes off and Victoria, with her last breath, shoots Emily with David’s gun that had dropped. What the?! I thought, “No, Emily can’t die.” But that really would have been fitting, wouldn’t it? Two graves – Victoria and Emily. Thank goodness the writers and producers didn’t do that to us. I would have been a l-i-t-t-l-e mad.

David saves his daughter from being convicted of murder, and Emily gets the revenge she came for. One question. Why not just kill Victoria and Conrad and be done? Oh yeah, we wouldn’t have had this wonderful, crazy, silly, exciting, suspenseful little gem to watch on Sunday nights. What would we have done the past four years without it?

David does go to jail for murdering Victoria, but the judge grants him a release to go home to die. It was a touching scene with him on the porch swing talking about how much he loves his daughter, with Emily being in a sad place. He tells her that he loves her infinity times infinity. The snow falls as they sit on the porch swing. She gets up and moves towards the stairs, still talking. David takes his last breath. Aw, sad ending, but she accomplished what she came to do, and that was to clear his name and seek revenge on those involved. Gulp, did she ever.

Jack and Emily do get married! Even Charlotte attends the wedding. It was a little rushed, I thought. I think they were trying to fit everything into an hour show.

They receive a puppy and sail off on Jack’s sailboat – he finally got to sail outta there! Goodbye Hamptons!

So, I think (and it would certainly be appropriate for the way things go on the show) that Emily has Victoria’s heart and the two of them will be bonded for life. OMG! Funny.

Well, our show is over. The four years of craziness was certainly fun. Cheers to a great cast, and hats off to Madeleine Stowe and Emily Van Camp for a wonderful and wicked rivalry. I’ll miss my Sunday night drama and hope there is something fun to replace it.

What did you think of the “Revenge” series and finale? Did you love it? Will you miss it? I did and will miss it… Leave thoughts in the comments below.

What a great partner Nolan was. And it looks like he has someone new to help!

Emily had a great selection of hotties during the four years, lucky girl!

Margaux came clean at the end. Good girl – she got caught up in the game, too.

List of deaths: Jack’s dad, Declan, Pasqaul, Conrad, Aiden, Daniel, Amanda, Lyman, Ben, Victoria and David. Wow, I think the show had to end because they were running out of characters!