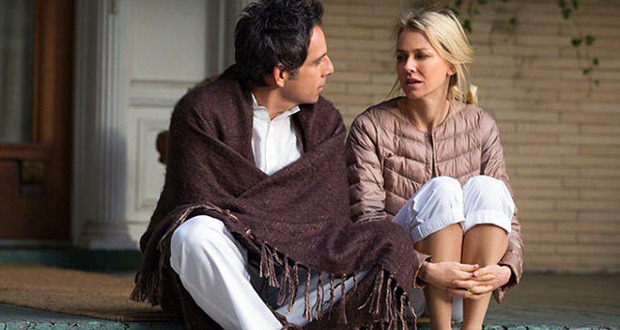 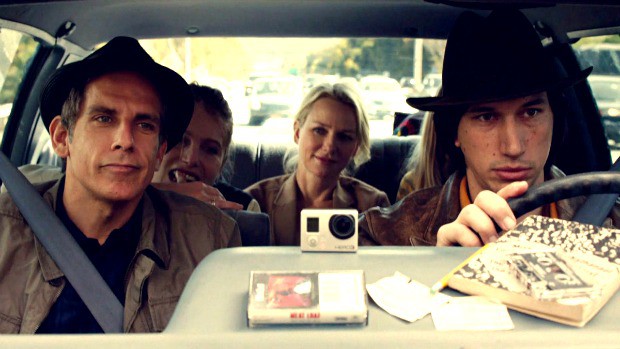 Synopsis: A middle-aged couple’s career and marriage are overturned when a disarming young couple enters their lives.

Spoiler Alert: As usual, we tell you everything about the relationships in this relationship movie.

One of the fascinating aspects of “While We’re Young,” is the interplay and contrasts between two generations of married creative professionals. Josh (Ben Stiller) and Cornelia (Naomi Watts) are in their mid-40s: he’s a frustrated documentary filmmaker who’s been working on the same project for ten years, and she produces documentaries for her father, a giant in his field. On the personal front, Cornelia and Josh want kids, but she miscarried twice and has given up­. Jamie (Adam Driver) and Darby (Amanda Seyfried) are the charming, free and easy hipster couple in their mid-twenties, curious about all things cultural.

The Gen Xers and the Millenials become unlikely friends after Jamie, a budding documentary filmmaker, introduces himself after one of Josh’s lectures and proclaims he is a fan. Josh is flattered, and soon he and Cornelia are not only hanging out with the young couple, but participating in their activities – biking around Brooklyn, taking hip hop classes, and experimenting with the psychedelic drug ayahuasca. Josh confides in Jamie that “before we met, the only two feelings I had left were wistful and disdainful.” Now, all these new experiences are energizing the 40-something couple’s creativity, stale relationship and sex life.

Although we see the generational interaction and its influence on the two couples, the film is really all about the guys’ careers, ambitions and egos regarding their work. Josh, who was successful in the beginning of his career, doesn’t collaborate in a medium that requires collaboration, doesn’t take constructive criticism well, and is a perfectionist. It’s not surprising that he’s not getting ahead. Compare this to Jamie, a joyfully creative, supremely optimistic manipulator who is process-oriented and acts quickly to manifest his ideas. He also assumes, as many in his generation do, that music, information, etc., should be free. Jamie takes it a step further, however, and believes he can appropriate anything he sees, hears or reads as his own. Josh calls it stealing.

In real life, are there men who stubbornly hold on to ideas and behavior that dooms them to failure? Or who gaily do or take anything to move ahead? Sure. Do they bring their careers home, and does it impact the quality of their relationships? Of course. You yourself may be such a man, or a woman involved with one.

So how do the wives in the film react? Josh’s dysfunctional behavior is the kind that makes wise, experienced women vow never to get involved with a man who is not happy and successful in his career. Yet Cornelia is strangely passive and ever supportive of him. Maybe such a woman exists, but it’s odd because the combination of being a New Yorker and being a producer often makes people of both sexes more outspoken and aggressive. Even the more laid back California women we know would be pulling their hair out, loudly protesting and demanding couple’s counseling.

Also, although Cornelia is a successful producer, she never mentions her own work. In real life, women talk to their mates about their jobs.

(Not portraying relevant, layered females is a common Hollywood problem because of its gender bias towards men: note that women were only chosen to write 11 percent and to direct 7 percent of the top 250 films of 2014.)

Darby doesn’t have a career. She has a hobby — making gourmet ice cream. At first, she seems to be adorably in love with Jamie and content to be his cheerleader when he decides to create a documentary about a high school friend, a suicidal Vietnam War hero, who found him on Facebook. We learn, however, that things aren’t as they appear to be when she bitterly discloses to Josh that, in fact, it was her friend, her idea to contact him and her poignant connection with him, including how he helped her through her mother’s death, that Jamie claims as his own. She also reveals that Jamie didn’t pursue a friendship with Josh because he admired him, but because he wants Cornelia to produce his documentary and to be mentored by her famous father.

Women are attracted to a man on a mission, as long as he has integrity and includes her in the picture. Jamie breaks both rules. You know the joke: “Behind every successful man is an exhausted woman”? In this case, Darby not only supports him emotionally but gives him the idea, the contact and her life story for his documentary. In return, she gets zero acknowledgment or credit. Our guess is that he’s somehow convinced it is all his effort. Like in real life, she loses respect for him and leaves.

Josh’s frustration and lack of self-esteem and Jamie’s self-centered pursuit of success at all costs are two of many examples of career-related dysfunction. They do, however, point to a significant reality: succeeding in their careers is vitally important to men. It, not the health of their relationships, is usually how they measure their self-worth. Why? Men are driven by their testosterone to be more competitive, dominant, hierarchal and to want to win. If a woman got into a male’s brain, she’d be surprised to see that he is very, very conscious of who the Alpha male is in any situation and where he is on the ladder of power in situations both social and business-related.

Unless they have high testosterone, estrogen-fueled women tend to think differently and have different priorities. If a man got into a female’s brain, he’d be amazed to see how keenly she observe faces, how conscious she is of her and others’ emotions and how she is naturally propelled to communicate what she sees and feels. And, driven by oxytocin, the love and bonding hormone, how she seeks bonding and intimacy – even in the Ladies Room with a total stranger. All this adds up to make the satisfaction females derive from their relationships supremely important to them. That is not to say that career success doesn’t matter to women. Of course it does. But it often comes in second to the well-being of their relationships.

In this day and age, career and relationship are married: career impacts relationship and vice versa. Both drives are powerful, and we have to understand and respect how they affect the needs and the happiness of our partners. When we do, we can make the compromises that build the foundation for great, lasting relationships. So, man or woman, if you find you or your mate are having career issues that infect your relationship, please get personal and/or career counseling ASAP. And if your relationship is damaging your careers, relationship counseling is in order. Neither of the couples in this film got healthy on the subject, but you can and should. Really.