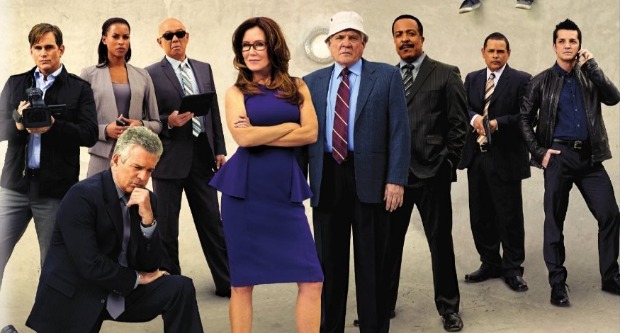 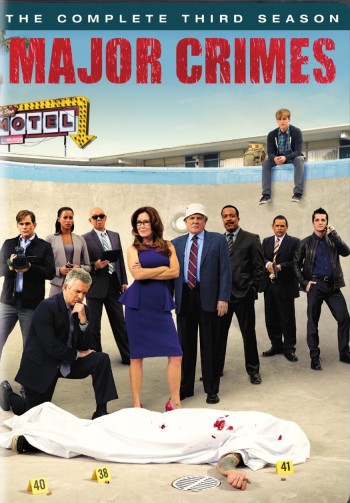 Hey Provenza fans, “Major Crimes” Season 3 is now on DVD! I came to the series late, but love the stories and interactions among the characters on this show. And the fan base is the most devoted I’ve ever seen for a TV show.

I’m not even necessarily a crime drama fan – haven’t gotten into all the “CSI,” “Law & Order,” etc. shows – but there’s something about the way TNT produces their shows that makes me a fan. Also love “Rizzoli & Isles” and the short-lived “King & Maxwell” and “Franklin & Bash” (which at least lasted four seasons).

The DVD release of “Major Crimes: The Complete Third Season” includes all 19 episodes, plus never-before-seen deleted scenes and a gag reel. It arrived on store and cyber-shelves this week on May 26, 2015. Hop over to Amazon and get your copy.

Season three finds the unit involved in the usual series of startling and complex cases. The detectives investigate the death of a canine that inherited his deceased millionaire master’s fortune; a young runaway who is found murdered in a trash can; a woman who confesses to killing her rapist; a series of young girls who disappear from a nightclub; a father and two young kids who go missing; and several other captivating mysteries.

Here are all 19 one-hour episodes in Season 3:

Here’s a clip from the Season 3 Premiere, “Flight Risk.”