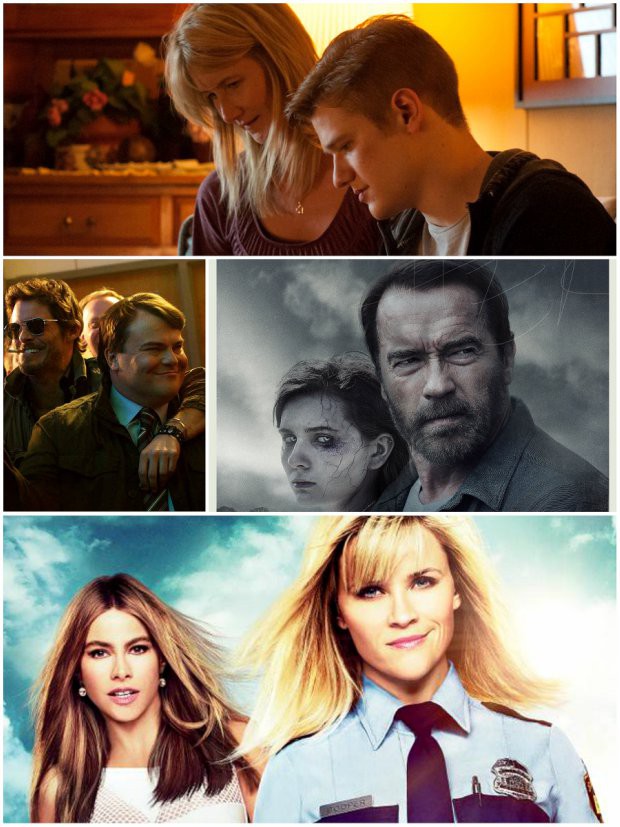 Zombies, mob widows, class reunions and more are headed to theaters this week. Here’s a sneak peek at new movies opening wide in theaters. Movies opening in limited release include “Playing It Cool,” “5 Flights Up,” “The 100-Year-Old Man Who Climbed Out the Window and Disappeared,” “Hunting Elephants,” “Saint Laurent,” “Noble,” “Skin Trade,” and “Preggoland.” 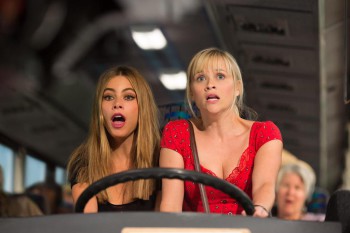 Reese Witherspoon and Sofia Vergara team up for laughs in this action comedy directed by Anne Fletcher (she helmed the very funny Sandra Bullock film “The Proposal”).

Witherspoon stars as an uptight, by-the-book cop who tries to protect the sexy and outgoing widow (Vergara) of a drug boss as they race through Texas pursued by crooked cops and murderous gunmen. 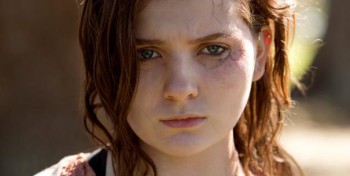 Arnold Schwarzenegger gets vulnerable in this thoughtful sci-fi drama that puts a human face on the familiar zombie virus. When Maggie (Abigail Breslin), a vivacious teenager becomes infected with a deadly zombie plague, her father (Schwarzenegger) brings her home to let her be with their family.

As Maggie’s condition worsens, their relationship is tested, but her dad’s love is stronger than the disease. It’s a heart-wrenching character study about the lengths a father will go to protect his daughter. Check out Paula Schwartz’ write-up of the Tribeca Film Festival screening. 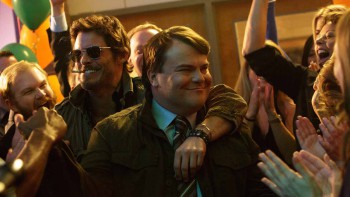 All his life, Dan Landsman (Jack Black) has never been the cool guy. That’s about to change — IF he can convince Oliver Lawless (James Marsden), the most popular guy from his high school who’s now the face of a national Banana Boat ad campaign, to show up with him to their class reunion.

A man on a mission, Dan travels from Pittsburgh to LA and spins a web of lies to recruit Lawless. But he gets more than he bargains for as the unpredictable Lawless proceeds to take over his home, career, and entire life.

Showcasing Black and Marden’s considerable comedic talents, this movie ponders that age-old question: how far would you go to be popular? Directed by Jarrad Paul and Andrew Mogel, Kathryn Hahn and Jeffrey Tambor also co-star. 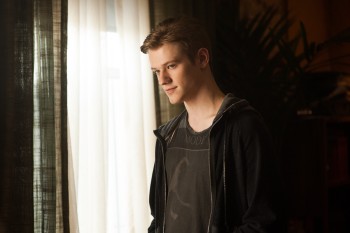 Josh Harvest (Lucas Till), a hardened New York City teen from a broken home (and one of the country’s top dance club DJs and remixers) is sentenced to counseling for a minor drug infraction, along with an extended stay with his estranged father (Tom Everett Scott), who lives in a small town in North Dakota.

Josh is slow to warm to his new environment, a town best known for sending its young off to war, many of whom never return. But when he’s asked to help out the last-place dance team as they vie for the state championship, his rough exterior begins to soften as he connects with his therapist (Josh Duhamel), his team’s captain (Kherington Payne), and her troubled mom (Laura Dern), still reeling from the loss of her son.