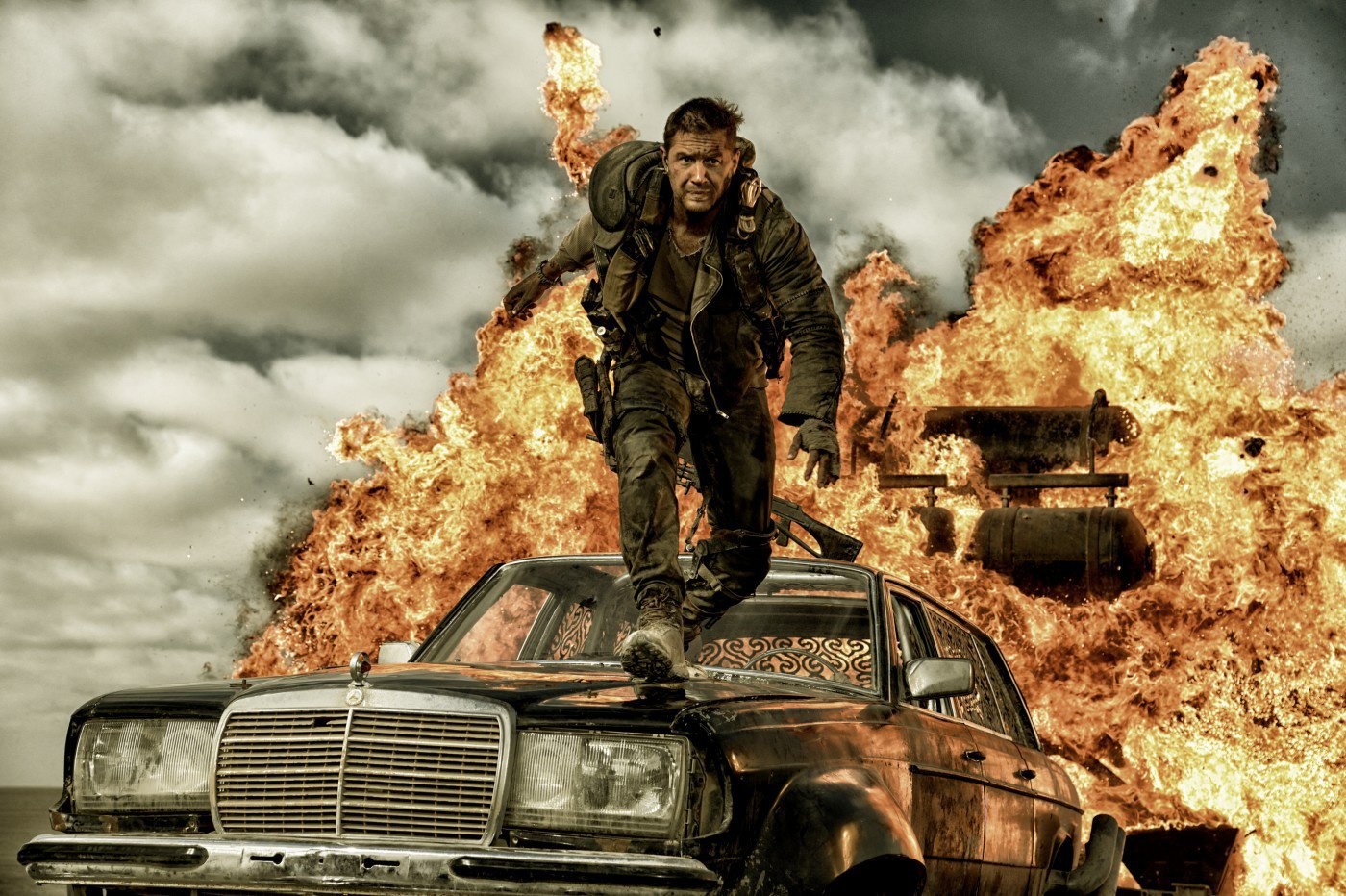 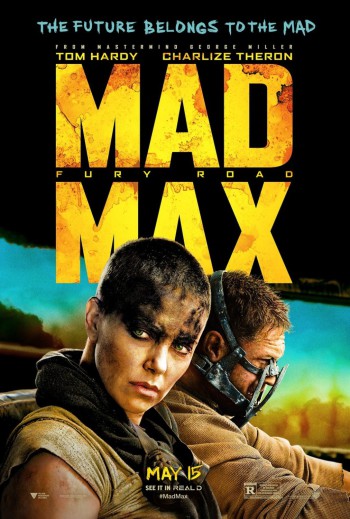 SYNOPSIS: In a stark desert landscape where humanity is broken, two rebels might be able to restore order: Max, a man of action and few words, and Furiosa, a woman of action who just wants to go home.

Those original movies were raw, cutting-edge, no-holds-barred films that set the standard for high-action thrillers, and this new movie continues that trend — with a kick-ass female twist.

The story takes place in a post-apocalyptic future, where the evil Immortan Joe (Hugh Keays-Byrne) rules the land by controlling gasoline and water. When his trusted soldier, Furiosa (Charlize Theron), heads out for a routine supply run, things go from bad to worse. Turns out she has an ulterior motive – rescuing several of Joe’s wives, whom he keeps for breeding purposes.

Meanwhile, Max Rockatansky (Tom Hardy, taking over the role from Mel Gibson in the first movies), escapes from his enviable (not) prison where he’s being used as a “blood bag” for some pasty-white people. After an awkward first meeting (they beat each other to a bloody pulp), Max teams with Furiosa and another of Joe’s men, the disillusioned Nux (Nicholas Hoult), in Furiosa’s battle-ready truck in search of her homeland.

Let’s be clear. Aside from the “kill or be killed” plotline here, “Mad Max: Fury Road” is mostly one long chase scene across an apocalyptic landscape – and it’s sheer brilliance all the way. Director George Miller has a long history with this franchise (he directed the original three movies), and he knows what he’s doing.

Honestly, I can’t imagine anyone attempting to take over the series, but I’m sure that’ll happen somewhere down the line. In fact, there’s already a sequel in the works – “Mad Max: The Wasteland” – with Miller listed as a producer and writer (let’s hope he also directs).

As for Tom Hardy, they couldn’t have picked a better person to take over the role of Max. Oh that voice. No one has a voice like Tom Hardy. His dark voiceover at the beginning of the movie takes you right into that world.

The main difference with this new franchise is the addition of Charlize Theron’s female character, who’s a total badass, and I loved it. She’s calm, cool and collected, despite having only one hand and being chased across a barren landscape by a hoard of mutant-ish people who have a thing for skulls.

If you’re a fan of the original movies or even if you’re not, “Mad Mad: Fury Road” is a great thrill-ride. And you’ll hear some great lines, like “Oh, what a day! What a lovely day!”

Sex/Nudity: Several young women wear skimpy clothes, are seen as sex symbols, and used by a man for the sole purpose of breeding (one of the women is pregnant). A naked woman’s butt is shown. Several wet nurses are shown having their breasts pumped for milk (although they’re covered by machinery).

Violence/Gore: Brutal, intense violence throughout the movie, including explosions, vehicle chases and crashes, shootings, stabbings, fighting, diseased flesh and blood transfusions. When a pregnant woman dies, her dead baby is cut from her womb (though it’s mostly off-screen). A woman is “stolen” from a rescue vehicle by her evil husband.

Profanity: Amazingly, not much strong language is heard, but then, you can’t hear much of the dialogue over the ear-splitting sound effects.

Which Kids Will Like It? Kids aged 17 and older who liked the first series of “Mad Max” movies, or films starring Tom Hardy or Charlize Theron (with strong female empowerment messages).

Will Grownups Like It? “Mad Max: Fury Road” is a great reboot of the franchise started by Mel Gibson in 1979.