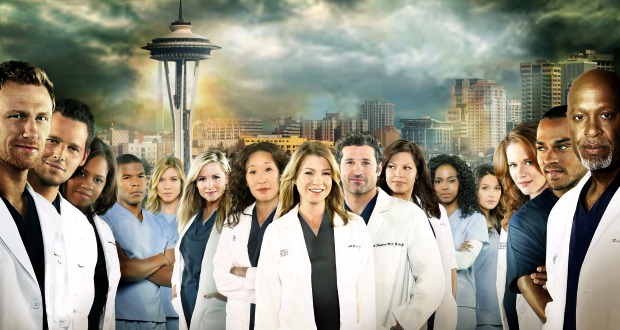 Thursday night television is like religion in my apartment, and has been for more than ten years. Ten years is longer than my closest friendships have lasted, longer than I’ve been in the workforce, and certainly longer than any romantic fling I’ve had, though I will say that as of right now I’m in a very loving relationship with Netflix.

Anyone who watches “Grey’s Anatomy” knows that creator Shonda Rhimes does not spare viewer’s feelings. You know how intense and emotional a show is about to get when the cast regularly warns it’s viewers to get the tissues ready. At this point, I don’t really see it as a hospital drama as much as it is an excuse for me to cry on a weekly basis. But don’t worry, I have an online support group for this kind of thing.

No, I’m not exaggerating.

Because of “Grey’s Anatomy,” I now know that it’s possible to die from the hiccups, and every time I have a runny nose, I assume that there is spinal fluid leaking out of my face. For that reason, my insurance company can tip its hat to Shonda Rhimes.

Beyond increased sense of hypochondria all viewers face while watching the show, along with the incredible surgeries, medical mishaps, and relationship drama we all experience at Seattle Grace Mercy Death, the show provides a platform for audiences to see something even more rare and incredible: believable, diverse, complicated female characters. I know, right? Shocking.

This inclusion of strong, believable female characters was definitely an intentional move on Rhimes’ part, and one that is highly deserving of the accolades her shows have received. In a 2006 interview, Rhimes is quoted as saying,

“I wanted to create a world in which you felt as if you were watching very real women. Most of the women I saw on TV didn’t seem like people I actually knew. They felt like ideas of what women are. They never got to be nasty or competitive or hungry or angry. They were often just the loving wife or the nice friend. But who gets to be the bitch? Who gets to be the three-dimensional woman?” 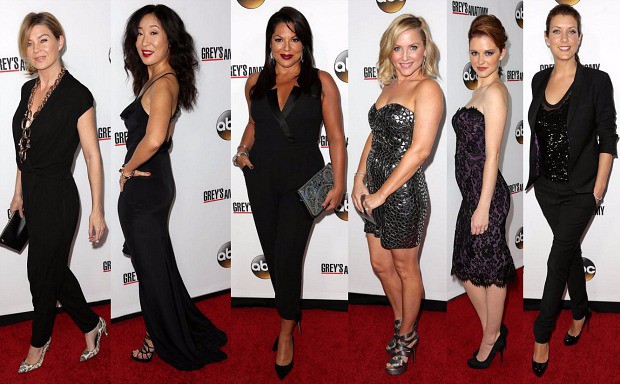 These intentions to create real women are apparent throughout the show, as the characters on “Grey’s Anatomy” are some of the most complete and believable women in television or film.

Meredith is a “dark and twisty” woman who struggles with depression at multiple points throughout the series and tries and often fails to balance all of the aspects of her messy life. Cristina appears to be cold, ambitious and cutthroat, but handles emotions in a very real way.

Miranda starts as a strong leader determined to climb the ladder, but softens and adapts to motherhood, divorce, and new relationships. Callie finds herself in failed relationship after failed relationship and comes to embrace her sexual orientation later in the series. Izzy grew up in a poor neighborhood and modeled to pay her way through medical school. 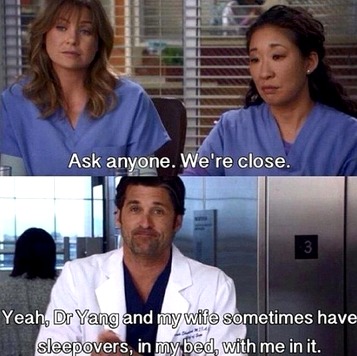 And Rhimes didn’t stop at the individual level with the ladies on her show. “Grey’s Anatomy” has managed to portray the importance of female companionship in a very unique way. Examples of dynamic female friendship are most easily exemplified in Meredith and Cristina’s relationship. Referring to each other as “my person” throughout the series, their friendship takes precedent over their romantic endeavors.

Fans of the show know that Meredith and Cristina have been through, well … a lot (understatement of the year), including hospital shootings, plane crashes, PTSD, and drowning, to name a few, which is enough to make any two people close.

Shonda Rhimes, through all three of her shows currently dominating Thursday nights on ABC – “Grey’s Anatomy,” “Scandal” and “How To Get Away With Murder” – has created a wealth of characters that exemplify that kind of sentiment. We are finally beginning to see interesting, diverse, and complex women and female friendships in ways that we are very much used to seeing men in television and film. Here’s to more seasons of complex women and dedicated cry sessions.

Are you a fan of Shonda Rhimes’ shows? What’s your favorite show or character, and why? Sound off in the comments below!